You’re looking at the first time in history a Harley-Davidson Road King has been asked to perform a back flip. You’re also looking at a very lucky man.

See the backflip sequence below

Aussie stunt rider Kain Saul – who on an XR1200 became the first man to successfully flip a Harley in 2009 – only just avoided having the 367kg bike land on top of him.

Not a problem in a foam pit – where the stunt was being practised – you might think. But you underestimate the crushing ability of an upside-down Road King in freefall, and the danger a leaking fuel breather poses submerged in 20ft of flammable foam.

"Shit man, that was a panic" admits the bike’s builder, and boss of Harley dealer Quick-Fix Mildura, Gavin Walker. "It was going to rain, so Kain didn’t have time to practise on the XR. The ground was damp, we didn’t have enough run up, and we had to be quick. But Kain got psyched to do it, and once he’d gone he’d gone."

By the ramp's end a couple of important differences between the XR and the Road-King were apparent. The bike's standard heavier-flywheel, longer-stroke motor is slow to rev and the standard gearing a bit leggy for the job in hand. "He just wasn’t making enough torque" explains Walker. "On the XR he leaves the ramp pulling about 3000rpm, but it was under two on the Road King. He soon got the feeling it wasn’t going to come round all the way".

High engine speed is critical to success as the gyroscopic force generated by the spinning crank is what provides most of the bike’s ability to flip. The bike effectively tries to rotate around its own crank as soon the wheels leave the ground. Theoretically, thanks to its heavy flywheel, it’s a job the Road King should be able to do well.

The jeapordy wasn’t over once rider Saul had abandoned ship. Says Walker: "The bike buried itself 20ft down, started pissing out fuel and the exhaust caught on some of the foam. The boys had to dive down and keep coming back up with smouldering chunks until the crane came" – something which took longer than expected after the planned three-ton crane failed to lift the bike from the bottom of the pit. It was replaced with a seven-tonner.

Work will now focus on tuning the motor and lowering the gearing to attain the necessary off-ramp engine speed. 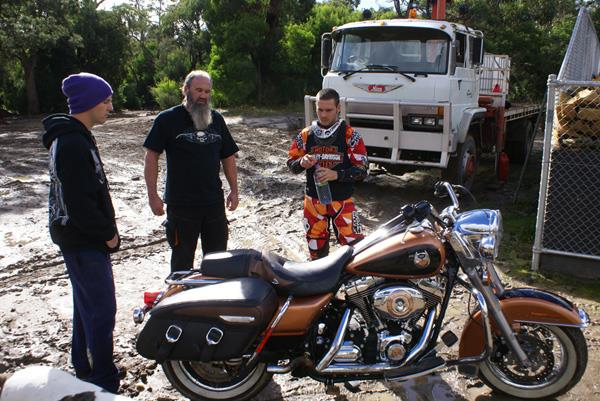 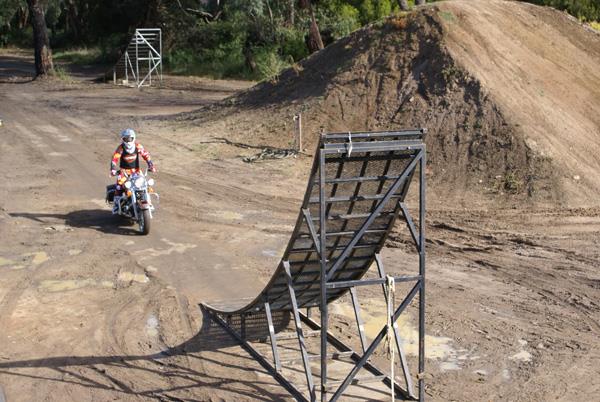 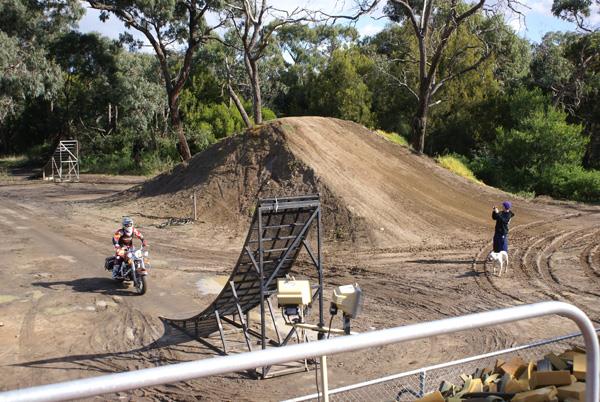 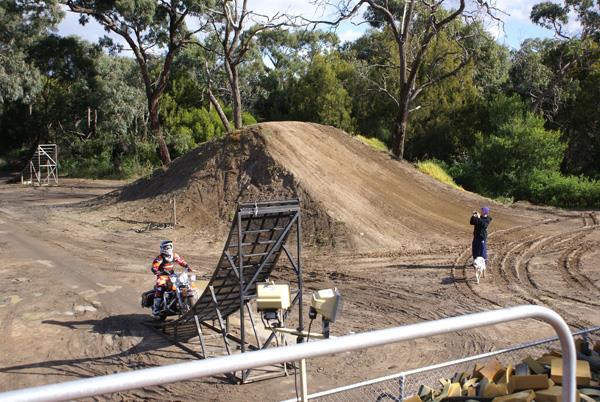 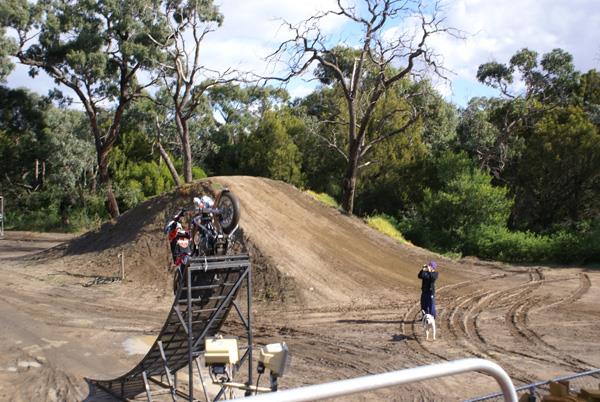 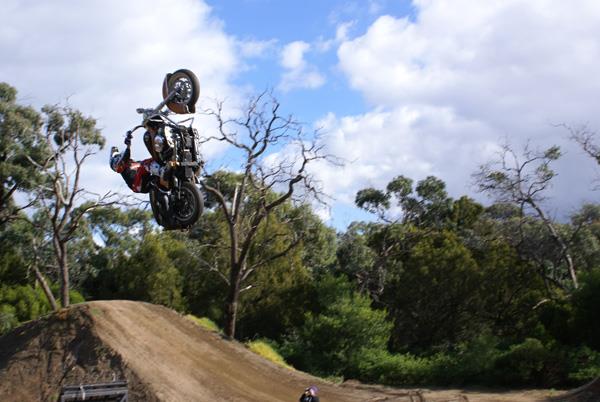 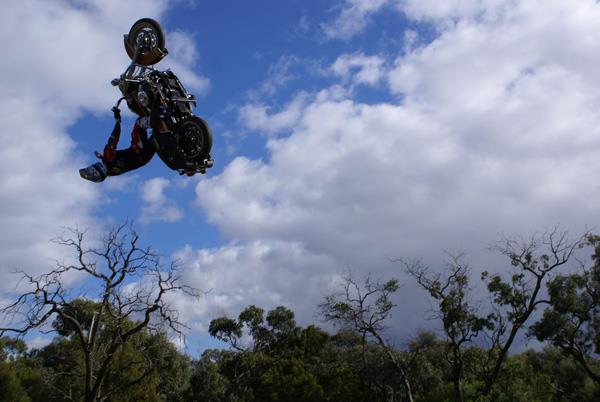 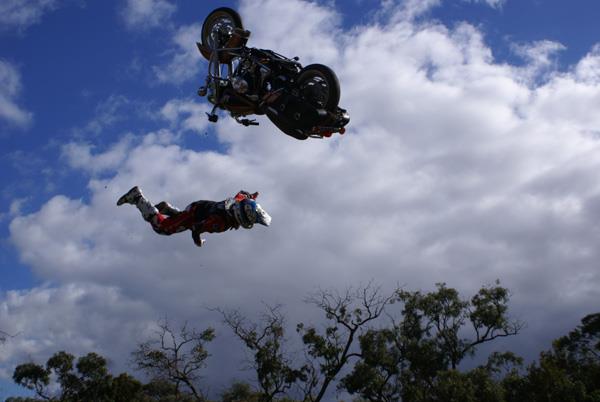 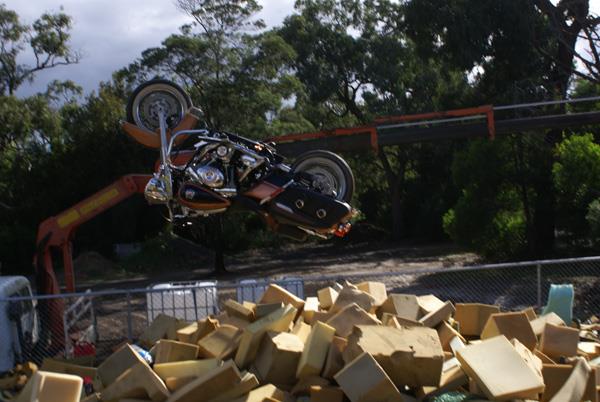