In this week's MCN, out August 15, we have a special report on Rossi's return to the factory Yamaha team.

We speak to crew chief Jerry Burgess, Repsol Honda rider Casey Stoner and also look at where Rossi's move leaves Cal Crutchlow and Andrea Dovizioso - both of whom have been linked with a factory Ducati ride.

Also in this week's issue, British WSB stars test some of the best used superbikes on the market. 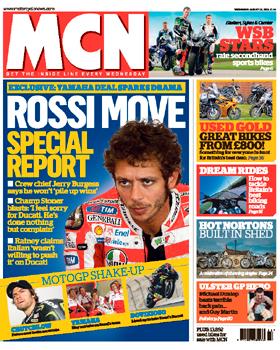