In this week's MCN, out September 26, we reveal Honda's official plans to make a road-going version of its 250bhp MotoGP missile.

Also in this week's issue we ride the 2013 Ducati Multistrada and test the new Honda CRF250L against its rivals. 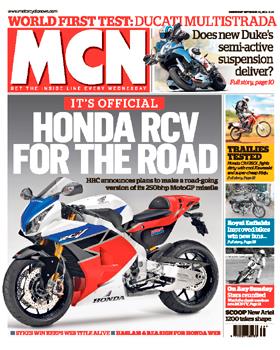