Over the years there's been some interesting, awful, and downright dangerous suggestions made to make biking safer, from researchers, manufacturers and government. We've compiled our top ten worst safety innovations.

1. Roofs
Give a motorcycle a roof and what you have is no longer a motorcycle. And anyone can make something safer by turning it into something else. You might as well say: "Look at this motorcycle. See how I have made it safer by adding an apple and toffee. And taking away the motorcycle." People would protest: "But that is not a motorcycle. It is a toffee apple." And they’d be right. 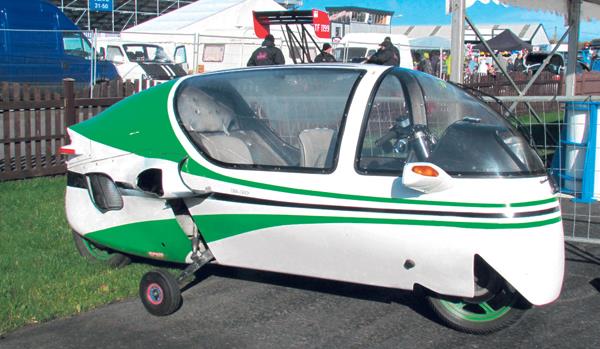 2. Seatbelts
BMW probably thought the C1 scooter’s seatbelt would help persuade the authorities to let us ride it without a helmet. But in the UK it didn't. Instead it simply meant riders were expected to wear a helmet and a seatbelt. So thanks, BMW. Any other unnecessary safety 'innovations' you'd like to force on us? How about a shark cage? Actually, the C1 appears to have one of those too. 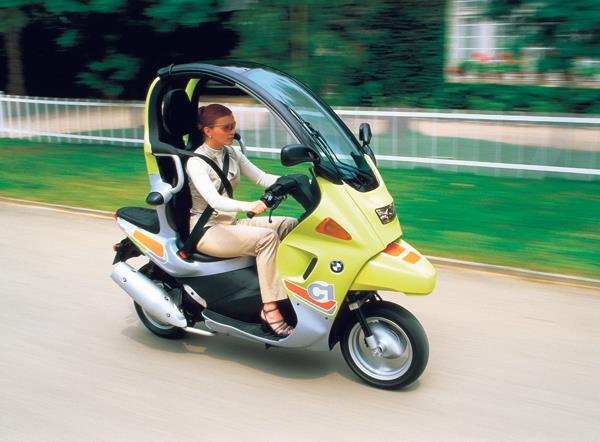 3. Leg protectors
No one in the world understands quite how leg protectors are supposed to help in a crash. They're something thrown on a bike in an act of faith, from a baseless conviction they might work because they look right. It's like putting a stethoscope around a dog's neck and saying: “There. Now can you tell me what these chest pains are?” Well, it can’t. And it’s probably cardiovascular disease. Woof. 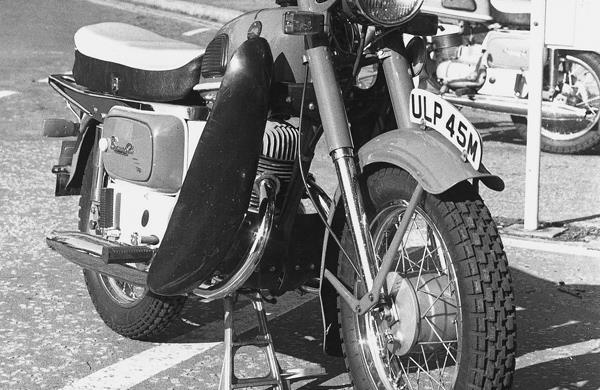 4. ‘Curve warning’ system
You’re pitched into a corner, eyes glued on the vanishing point ahead, when you realise you’ve overcooked it and have no hope of getting around. A miracle might save you from crashing. What won’t is an alarm suddenly shrieking in your ear and a distracting vibration in your right glove. MCN tested this EC-developed system in 2011 and found the ‘warning’ always came too late to be useful. 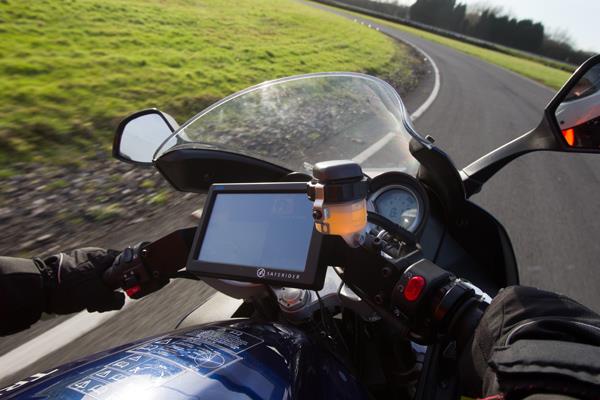 5. Vibrating cheek pads
The same EC project developed vibrating cheek pads for helmets to warn riders of vehicles in their blind spot. One rider in trials accurately described it as “like having a mobile phone inside your head”. But an endo-cranial phone would eventually run out of battery. The cheek vibrators will keep going off with every passing vehicle, until you swerve just to end the suffering. 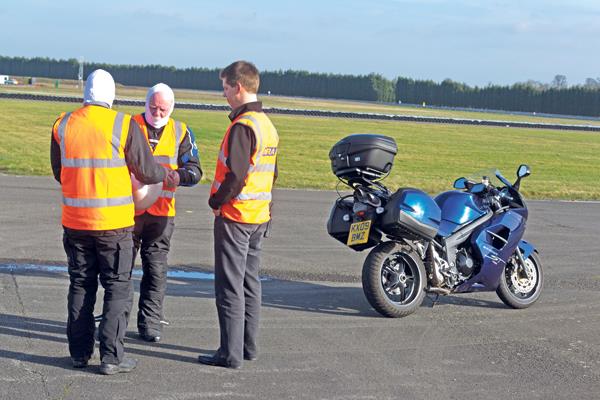 6. The safety sphere
The big moment has come. It’s too late to save it. But don’t worry. You’re going to turn into a human beach ball, rolling down the road uncontrollably in an inflatable suit. Actually, do worry. Worry about bouncing into oncoming traffic. Worry about cliffs. Worry about getting wedged in the Dartford Tunnel. Canadian inventor Réjean Néron wants funding. We think he should get it. For treatment. 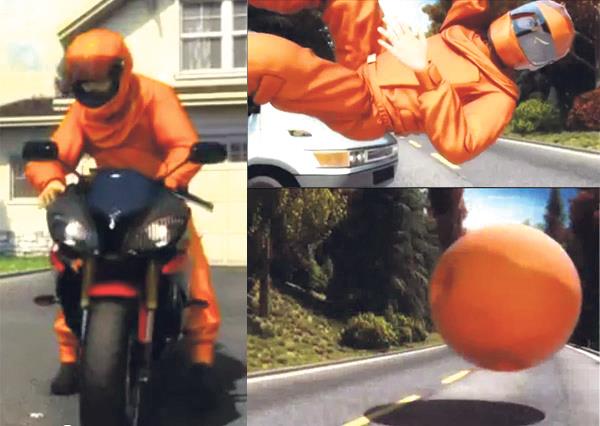 7. Speed control
In 2006 the Department for Transport unveiled a Suzuki Bandit which automatically closed the throttle if the speed limit was broken. What could possibly go wrong? Death or serious injury, because throttle-input is as much part of cornering control as steering. That’s what. A fact the DfT could have established before wasting five years' research by, say, asking a motorcyclist. Too radical. 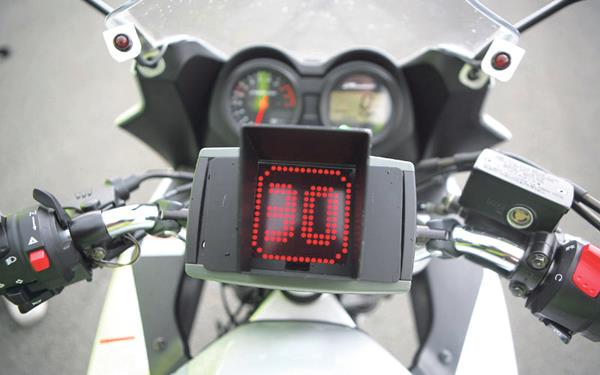 8. Airbag jackets or leathers
What's more annoying than a low-speed spill? The added cost of replacing a £300 compressed air canister. That and looking like you've developed explosive flatulence which is channelling violently to remote quarters of your leathers. Manufacturers' claims of enhanced safety are fine until a solicitor argues that, because you weren't wearing one, you get less compensation from the moron who hit you. 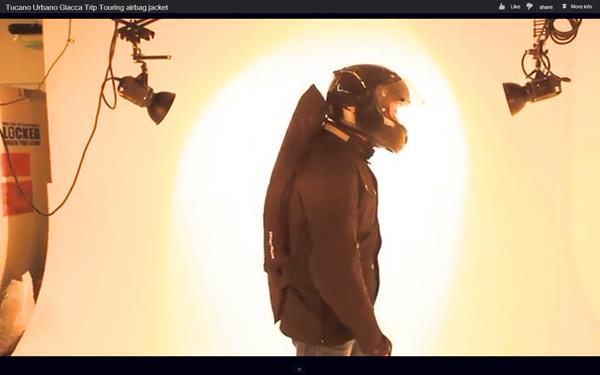 9. ‘Frontal collision’ laser scanners
Another 2011 EC offering was laser scanners mounted on a bike's nose. When an object was detected with which a collision might be imminent, the rider could be warned through an alarm or vibration. Technology which appears to overlook the two scanners already mounted on the front of motorcyclists' heads, which use nerve connections to send warnings directly to their brains. 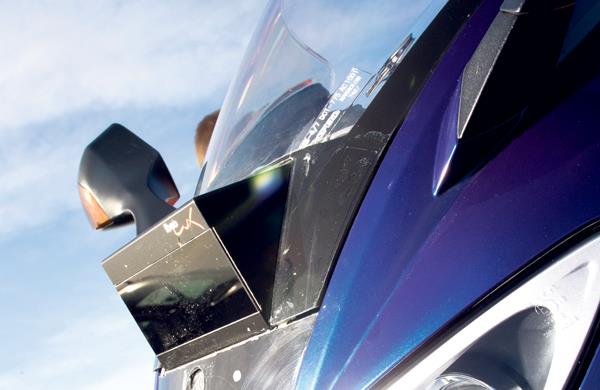 10. Pillion seat straps
Few innovations can claim to be so ill-suited to their sole function as the pillion straps fitted to bikes for generations. They're terrifyingly insubstantial and positioned to provide minimum possible leverage, so pillions lean backwards as though on a hinge, no matter how firmly they hold. They'd be as well advised to grip their own groin. At least that won't go all stretchy and snap off in their hands. 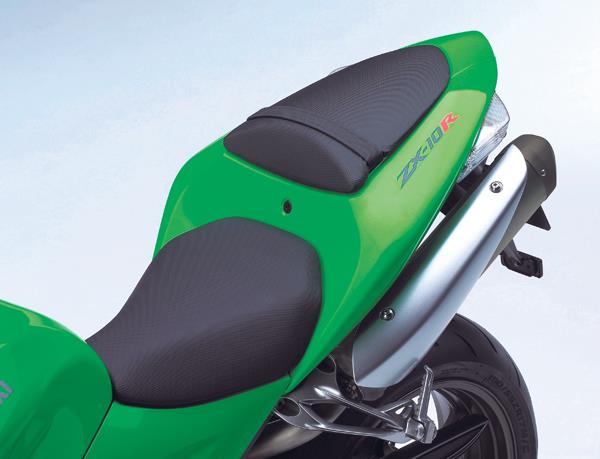