Sheene 10 Years On: Sheene the Dad

She shares her mother’s looks and flowing blonde hair; her father’s gimlet eyes and his irrepressible sense of self. She is Sidonie Sheene, 28, and she’s breaking her silence on life growing up with Britain’s greatest ever bike racer exclusively in MCN, on the 10th anniversary of his passing.

Dad was strict. He might not have seemed that way with himself, but as a father he was dead set.  I wasn’t allowed out at night - especially with boys and they certainly weren’t allowed to stay over.  I guess he knew what boys were like.  When I was 17 he finally agreed to have one over for dinner – you could have cut the air with a knife.  Throughout dinner he fired questions at him and looked at him sideways. He said he’s thick, he’s not coming back into this house, and to be fair he was a bit thick – but he meant well!  Dad could be brutal, but he only wanted what was best for me.

Some people have the wrong idea about us. Some people may assume I’ve been handed everything on a silver platter, but that couldn’t be further from the truth.  As children, we weren’t spoiled. Dad wanted us to make our own way in life just as he did.  We lived in a nice house and no expense was spared when it came to our education, my parents wanted to give us the best start in life and bent over backwards to do that.  After I graduated from University I started working for the Australian Grand Prix Corporation – I worked in the motorsport industry up until about two years ago when I started freelancing and doing my own thing.  I think a lot of people assumed I got those jobs because of who my Father was.  Of course it helped to get me through the door but I still had to go through the same interview processes just like everyone else. 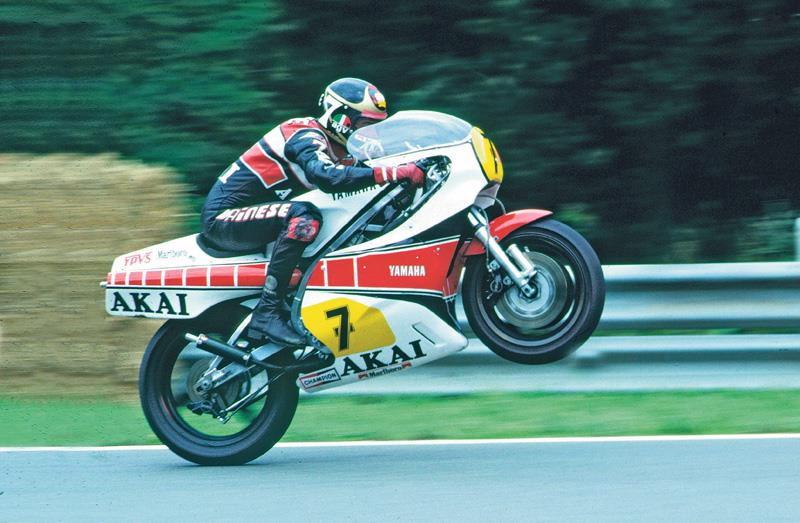 Mum and Dad were adamant Freddie and I finished school.  Initially we went to school on the Gold Coast but then went on to go to board in Victoria, as it was easier with Dad being away so much.  Some people think it’s cruel and unloving to send your kids away to school.  But it was the best thing for me; I learnt independence and a proper appreciation of my family when I did get to see them.  I have so many fond memories - I made lifelong friends there and Dad always caused a stir when he’d come to visit, especially when he’d land his helicopter on the school football oval without the Headmaster’s permission! He wasn’t the teachers’ favourite parent and I’m pretty he was the only dad who’d posted his child cigarettes!

Dad loved my brother and I unconditionally - even though we weren’t the most well behaved children. He never judged us and often and quite often found it amusing when we’d get ourselves into trouble at school.

Dad was demanding, cheeky and always had to get his own way.  He’d get my Mum to ring in advance whenever we were going away to make sure they had his favourite breakfast cereal – if they didn’t it’d be specially ordered in.  He was fussy with his food, to the point of embarrassing. He’d often talk to the waitress at a restaurant and ask if he could go out the back and speak to the Chef. If she said no he’d get up from his seat and do it anyway.

To him rules were there to be broken. He was funny about garlic in his food, his espresso had to be extra strong and his wine extra cold with lots of ice – otherwise he’d send it back. He’d flirt and turn on the charm with women so they’d favour him and go out of their way to get him what he wanted. On board flights he was allowed to do all sorts especially on Qantas he knew a few of the girls well - they’d let him smoke into the oven during flights and get him his favourite wine on board. 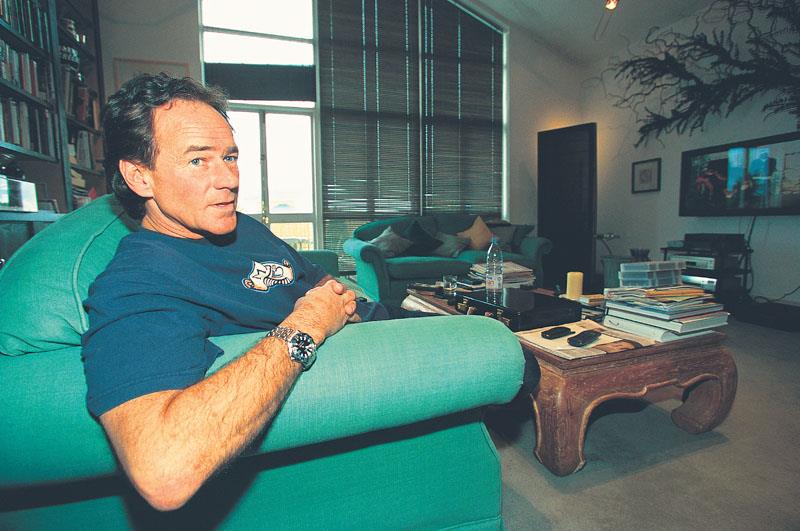 My parents were casual people who got married in jeans and jumper at a registry office.  They loved each other so much.  Dad drove Mum crazy most of the time making mess and being a nuisance in the house, but secretly she loved it.  They were opposites. Dad was always the loud, emotional one and mum is always practical and composed, armed with a very dry sense of humour. They separated for a little bit, they had their differences but nothing much changed – we only lived five minutes down the road. Dad would come over as and when he pleased and mum would go and sleep at his house sometimes – but dad was never allowed to stay at mum’s house which annoyed him a bit! He’d walk straight in our front door without knocking slap, mum on the arse and go ‘Aren’t you going to get me a glass wine?’

Mum liked her new-found independence – dad wasn’t so keen but of course he was when it suited him!  I remember when the Prodigy boys came over and stayed for a holiday – I still don’t know to this day what kind of debauchery went on behind closed doors. Mum is stunning and still now at 62 she gets more male attention than a 25 year old. Dad would get jealous when men checked her out but mum never had a jealous bone in her body. When they separated he’d call her up and try to get a rise out of her, but she knew how to play the game. He’d say ‘I’m going on a date with Miss Australia tonight’ and Mum would say ‘Well I hope you have a fantastic time she’s very pretty!’ All of that aside - even when they separated you couldn’t keep them apart, they were soul mates. 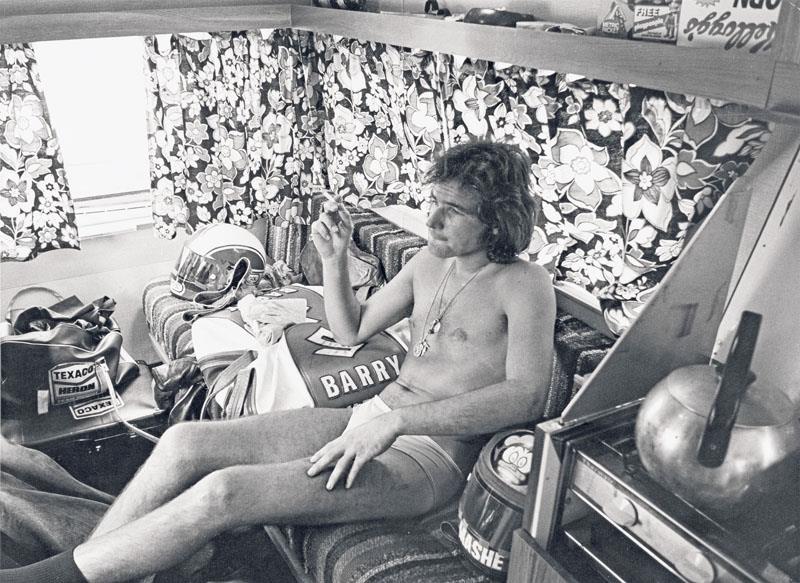 He wasn’t that great with computers. He preferred to be in the workshop or skiing on the river.  I used to help him out in the office, write emails and letters for him – generally do all the things he didn’t know how. He loved prank calling people, he’d call me into his office and I’d sit on his lap and we’d call one of his friends.  But when Mum said ‘Your father wants to see you in his office,’ you knew you were in trouble.

Little things remind me about him every day.  Even pulling up at a petrol pump and seeing the number 7. A year or so ago, I was sitting having breakfast with my uncle at Hotel Verta in Battersea after a heavy night out. An Agusta 109 flew in to land and it sent a shiver down my spine.  That was the helicopter he’d wanted for so long and had bought not long before he died. He loved flying and I loved going with him, I never felt scared. It sounds crazy but I can feel when he is around and watching me.  I have a playlist on my iPhone of all the songs that remind me of him, some make me cry, others make me laugh – he loved Fine Young Cannibals, Simply Red, The Beatles and Tom Petty.  La Famiglia in Chelsea was his favourite restaurant – and I still go there now.

He loved dipping his mini mars bars into his espresso.  And that wasn’t his only habit. Burping when walking down the hallway after dinner, drinking grapefruit juice and being funny about his weight. Like most riders he’d panic whenever he put on a pound even after he stopped racing. He was superstitious – whenever he stayed in a hotel the room number always had to either add up to seven or have a seven in it. He’d always wear a St Christopher’s pendant when he was travelling and racing. He was vain, funny about his hair and he always used to eat the same thing – Sustain for breakfast, brown bread sandwich at lunch, steak and salad for dinner. 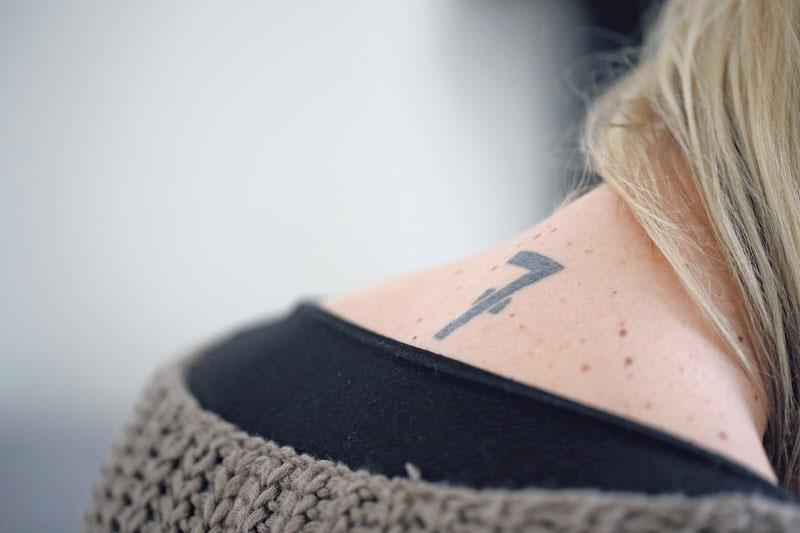 He wasn’t just good on a bike. He was intelligent and a successful business man. He spoke several different languages which he picked up through racing. To him it was imperative to be able to understand his mechanics and not communicate with them through a third party. I idolised him, and aspired able to do the same so I studied both Japenese and French at school. I’m actually brushing up on my Japanese at the moment. Dad couldn’t get his head around it when I’d write him letters in Japanese; he’d called it ‘chicken scratching’.

A lot of people say I’m exactly like my dad. My brother is more reserved like my Mum, although the way he is with the ladies has similarities  I care very little about what people think – anybody who knew dad knows I definitely got that from him. He never did anything he didn’t want to do, was never one to take things lying down and always spoke his mind – usually pissing off a few people along the way. He was ruthless in business and you’d never want to piss him off. He wasn’t someone you’d want to cross because you’d be sure to pay a price.  But he always made time for his fans and went out of his way to help people. He always taught me to treat other people how I would want to be treated myself.  Although he had quite a brash, direct nature he had a very big, generous heart. 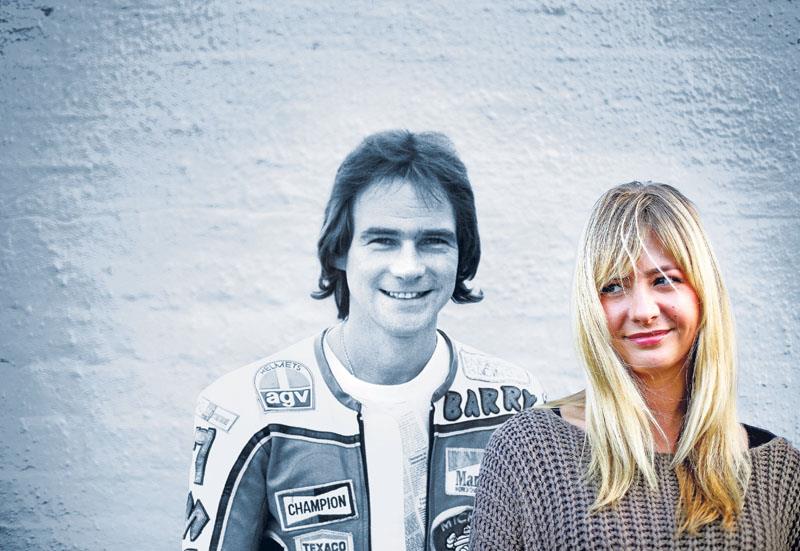 He turned down treatment and refused to have the operation he had rescheduled twice. In a way I hated him for that because it could’ve prolonged his life, in another way I was happy because it was typical Dad – always wanting to do things his way despite the doctor’s advice. I went to work the day after he died because I know dad would have wanted me to get on with things and keep my chin up. Even though it was all over the newspapers and on the TV I managed to ignore it for most of the day.

Whenever I have to make a difficult decision, I ask myself what would Dad have done.  Lately I’ve started doing more of what I love – life is short and you only get one shot.  I think do what makes you happy and not what you think you should be doing. I know dad would have been proud of me, the things I’ve achieved and the decisions I’ve made.  I tend not to take the easy way out because I know dad wouldn’t of done it that way. There’ve been many difficult times since I moved to London, times when most people would’ve shut shop and moved back to Australia but I know dad wouldn’t have wanted me to do that.

I would kill to have him back and not a day goes by when I don’t think about him.  The pain doesn’t go away but you learn to remember the good times – memories are things that can never be taken away from you. I wish I could have spent more time with him. But I’m lucky enough to dream about him, I wake up and for a few minutes it feels like he’s never been gone. I Love You Dad X

For more on Barry Sheene, featuring further interviews with Parrish, watch Champion Barry Sheene over at MCN-TV.com - All About Bikes, All Of The Time.