Shervin Rezaiy is a trained auto mechanic, internet phenomenon and awesome motorcycle modifying legend. We are privileged to have him review the greatest bike of all time, the 2005 Kawasaki ZX-10R.

Kawasaki is the choice for satisfaction on a strong, powerful, dominant bike. 2005 ZX-10R I would say it is aggressive. Gear box is not perfect as all the Kawasakies I had before especially when you race for more than 10 minutes gearbox doesn''t work properly.

For example you are riding with 10,000 rpm suddenly the gear box fall down on the natural postion for about 0.5 second and suddenly fall down on the gear you were in before which is very dangerous and it unbalance the bike. Another point is that It is time consuming and hard to work on the bike. Several parts need to be open in order to open the desirable part. 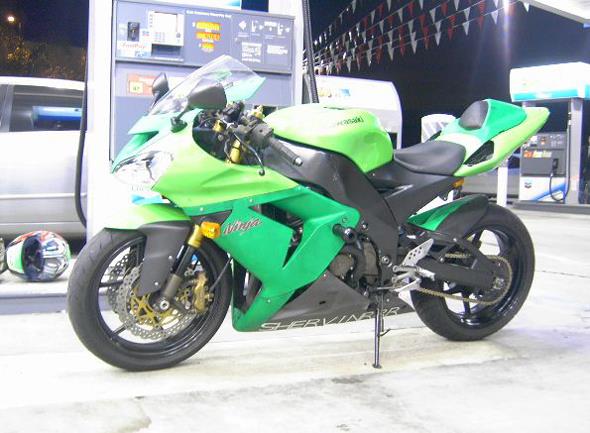 Exhaust smoothies
It is heavy – not comparing with other 1000cc bikes, on the net i found the dry weight as 375lbs which is much lighter than 2008 kawasaki ZX-10R – but if it was 300lbs it was great. Weight effects bike performance, handling, miles per gallon, energy for riding the bike, and the time that rider can ride the bike before feeling tired. Getting a higher MPG depends on many things. Loads, rider weight, wind shield form, the way the rider use to sit on the bike during riding, exhaust smoothies, weight of every single part that bike build and made of, engine, tires , suspensions, the condition of the road you are riding on, and even the condition of environment that you are riding in. Mpg that I get is 28. In my idea it should be 38.

Aluminium tank
With one full tank the bike can travel 120 miles. The most amount of gasoline that I put in the fuel tank was 18.99 liter that I put all in the inside wall of the tank (when you open the gas tank you will see a body color under the cam and you will see the hole of the tank which looks like aluminum). All i put was inside the aluminum look like tank. I read that the capacity of the tank of this bike is 4.5gallon which i do n''t know where it comes from. I put 5.019 gallon and the tank was not 100% empty but it was very close to 100% empty. I would say it was 97%-98% empty. 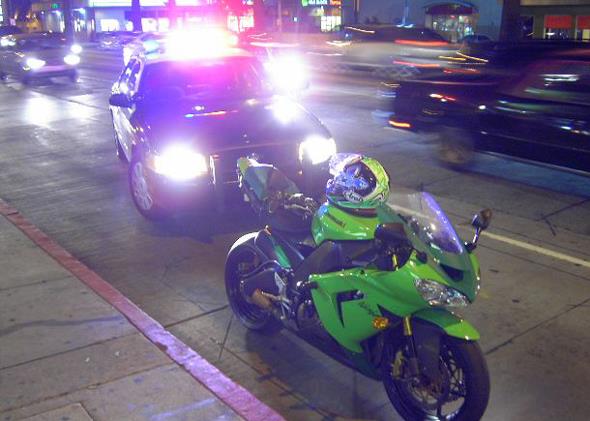 Sprockets & aerodynamics
As original from manufactory, front sprocket of 2005 Kawasaki ZX-10R has 17 teeth and rear sprocket has 39 teeth. Another negative point is the aerodynamics for the whole bike especially the way that rider hide behind the windscreen at high speed. It also has too much vibration at 8000rpm and above. Positive points are its attractive, lovely design, great power on accelarations. It makes noises, turns heads almost every where you go. The more you drive it more you get out from it.

Turns proudly
It turns proudly with enough power; 2005 Kawasaki ZX-10R has some negative sides but no bike gives you enjoy, power, proud, being quick, masculine and dominant feelings like Kawasaki. When you go to the high RPM the sound is just like a man who is shouting and that sound can hear from several hundred metres and it is so enjoyable at midnights when everywhere is silent and dark. It makes noise more than any other bike and when you win the races it makes you proud because the bike itself already got attention, so every body is waiting to see what its rider does! 1st gear can reach 104mph. You can go 103mph with 1st gear but as soon as it reach the 104mph the rpm drop down. 2nd gear goes 128mph, 3rd gear goes 154mph. 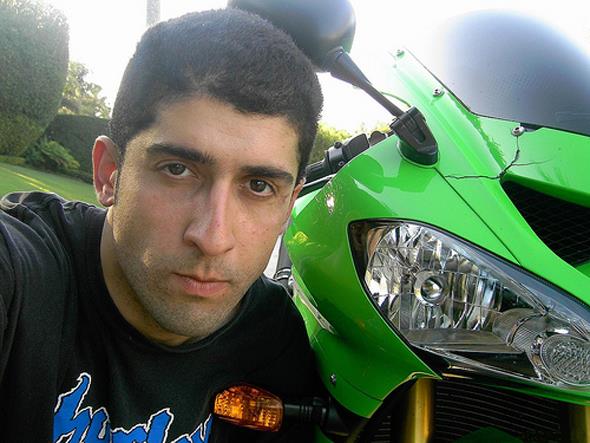 Verdict
2005 Kawasaki ZX10R has power, you just need to ride it more and more. It has many details that should be corrected but you will enjoy by riding it. Shervin.