Guzzi V12 LM designer Pierre Terblanche condemned the web as “the worst thing to ever happen to bike design”. 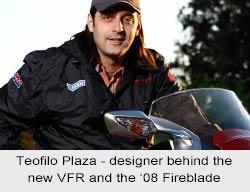 Honda’s Teofilo Plaza styled the new VFR. He says: “When you do something new it’s inevitable you will have some bad comments. If you want to work on long-life design, you have to challenge a bit, take a bit of a gamble. And the beginning is always hard.”

Plaza also designed the ’08 Fireblade, the first to debut the new snub-nosed family look. But he says the VFR represents the highest achievement so far of Honda’s engineering and styling departments working in unity. 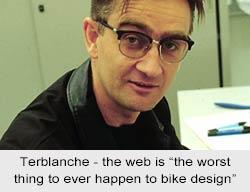 Japan v Europe
Spaniard Plaza says Japanese and ­Europeans were left to do what they do best on the VFR – engineering and “sophistication” respectively: “European sophistication is very much admired in Japan, and this is what we added to it. Everyone was very satisfied.”

The bike’s distinctive front end is a focal point for attack - and defence. Plaza contends: “Every shape of this bike is studied to be super-functional. We take the engineers’ requirements and integrate them into the styling of the bike. The short front helps handling a lot. A long, pointed nose is very good for super-high speed stability, but it compromises the handling. This is why the MotoGP bike and the Fireblade both have very short fronts.” 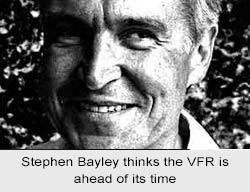 ‘I’m no Chris Bangle’
The furore is reminiscent of the controversy surrounding BMW car designer Chris Bangle, whose 2003 ‘flame surfaced’ 5-series and subsequent designs revolted, then redefined, taste in cars. Plaza isn’t like that, he says: “I don’t see similarities with Chris Bangle, and I’ve never thought of him as being an example for what we are doing.”

However, design critic Stephen Bayley thinks something Bangle-esque is afoot here: “It may be a shock now, but in future all bikes will ­become more visually sophisticated. The VFR1200 is the future now.”

Pierre Terblanche, designer of the similarly trauma-born Ducati 999, is supportive too: “The internet is the worst thing to happen to ever happen to bike design. No opinion’s worth a damn if you haven’t seen the bike in the metal. Initially I was a bit perplexed, but I like the front end, and there are lots of very interesting things in it” he says. 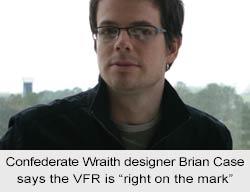 Terblanche knows better than most the travails of bringing a template-breaking bike to market: “I feel Plaza’s pain because he’s been very brave, and it’s always like this. The bike market is very conservative, and it’s not easy to create a bike that innovates and is drop-dead gorgeous. He hasn’t taken the easy route of simply not offending.”

Brian Case, US designer of the iconic Confederate Wraith says: “I think it’s beautiful and I’m sure it’s badass on the street. I’m mid-thirties and it’s exactly what I want. It’s right on the mark”.

Not everyone agrees. British stylist John Keogh says: “It’s ugly, not a patch on the Blackbird or VFR800 it replaces.”