Ducati is just months away from unleashing the most powerful Monster ever produced.

This heralds the first significant reworking of the Monster range since the current model range was unveiled in 2008 and will be the most powerful Monster since the nutty S4R and S4RS, first seen in 2004 and 2007 respectively.

The importance of the Monster family to the Ducati factory cannot be overstated. The rampant sales success of the original saved the company from financial ruin when it was launched in the early ’90s, and Monsters remain Ducati’s biggest selling bikes today.

See the full story in this week’s MCN – on sale Wednesday 26 June. 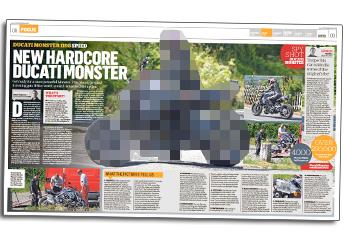