What's new on the Ducati Hyperstrada?

The paint's barely dry on the new 821cc Hypermotard, but Ducati has already created a touring version. With its panniers, centrestand and tall screen, here's what makes the Hyperstrada different to the Hypermotard. 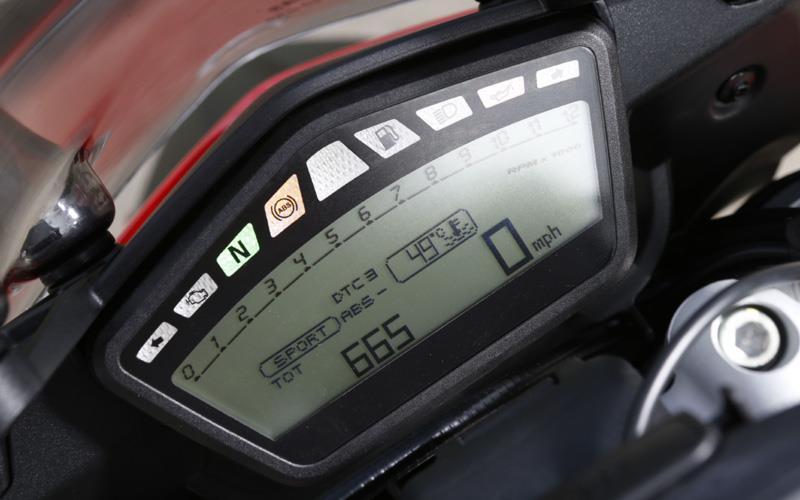 Chassis
Steel trellis frame, a diecast/techo-polymer mix subframe and diecast single-sided swingarm. The fork is a non-adjustable 43mm Kayaba unit, while the single Sachs rear shock is adjustable for preload and rebound damping. Dry weight is a claimed 181kg, only 6kg heavier than the standard Hypermotard. 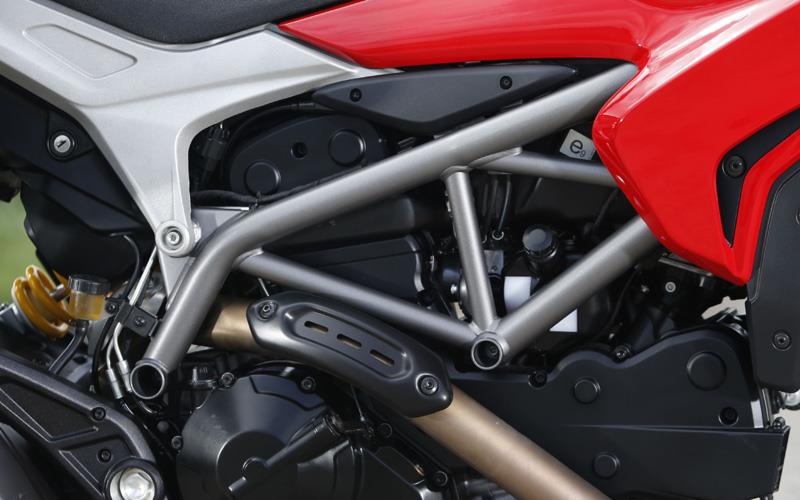 Handlebars
Bars are 20mm higher than the Hypermotard’s and fitted with handguards. Heated grips are an option. 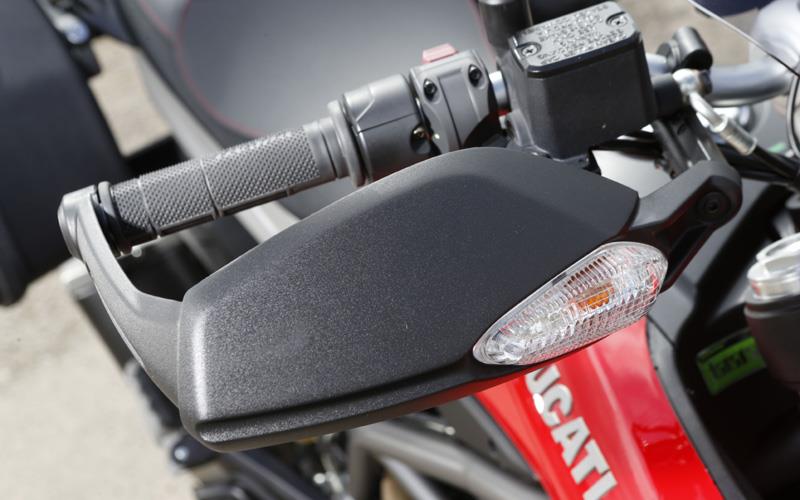 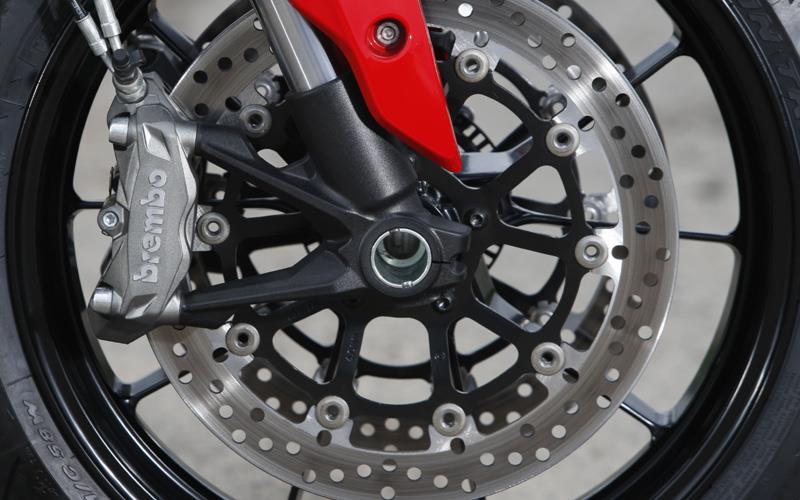 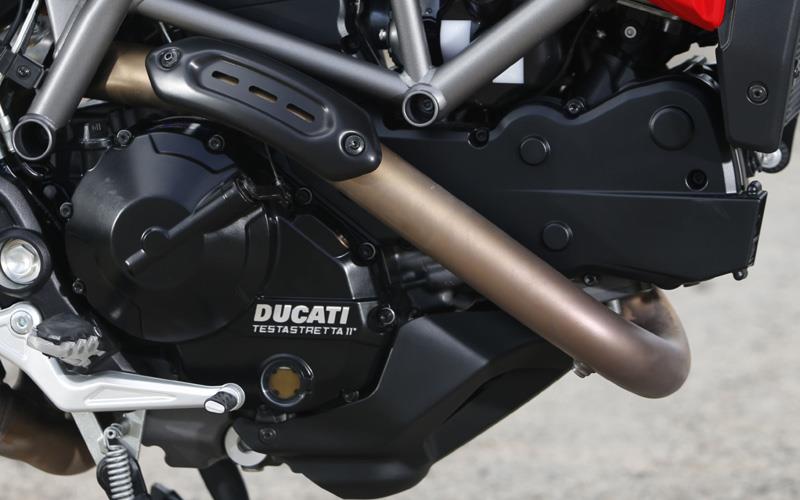 Power sockets
There are two auxiliary 12v power sockets, which can be used for a sat nav, phone charging or heated clothing. One is located on the lefthand side of the engine, the other is near the rear shock reservoir. 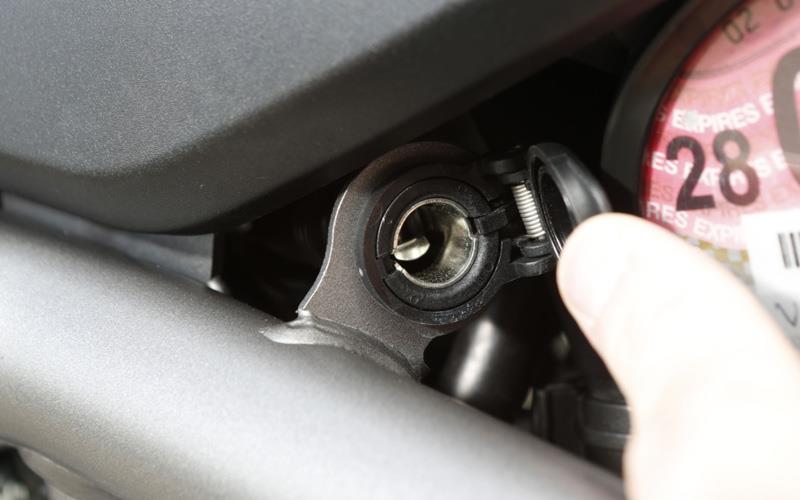 Seat
The Hypermotard already has a more relaxed riding position, but the Hyperstrada is comfier still. The 850mm touring seat is wider and 20mm lower. You can go down a further 20mm with a low seat option. 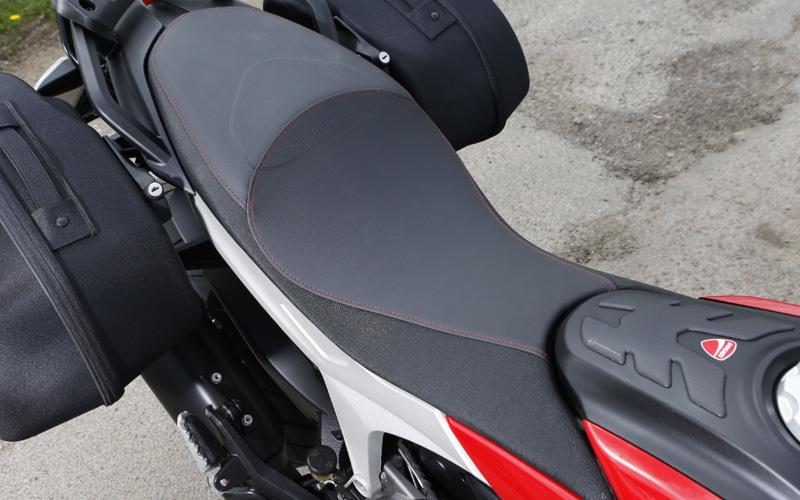