Honda Racing will start today’s Bol d’Or, the first 24hr race of the 2014 Endurance World Championship, from pole position, after the former TT Legends team’s three French riders topped the time sheets in Q1 before rain meant no one was able to progress in the second session.

Meanwhile, TT star Guy Martin, who was on the podium last time out at Le Mans, will start the race with his R2CL Suzuki team from twelfth on the grid.

Speaking after qualifying, Honda Racing team boss Neil Tuxworth said: Our focus during qualifying was on race set-up rather than securing pole position, however we are obviously very pleased with the result and what that means for our progress as a team. The more important thing is the race itself and we will now dedicate ourselves to being well-prepared for the difficult task that lies ahead.

To watch the race live, tune in below, with race start coming at 2pm UK time Saturday and ending 24 hours later. 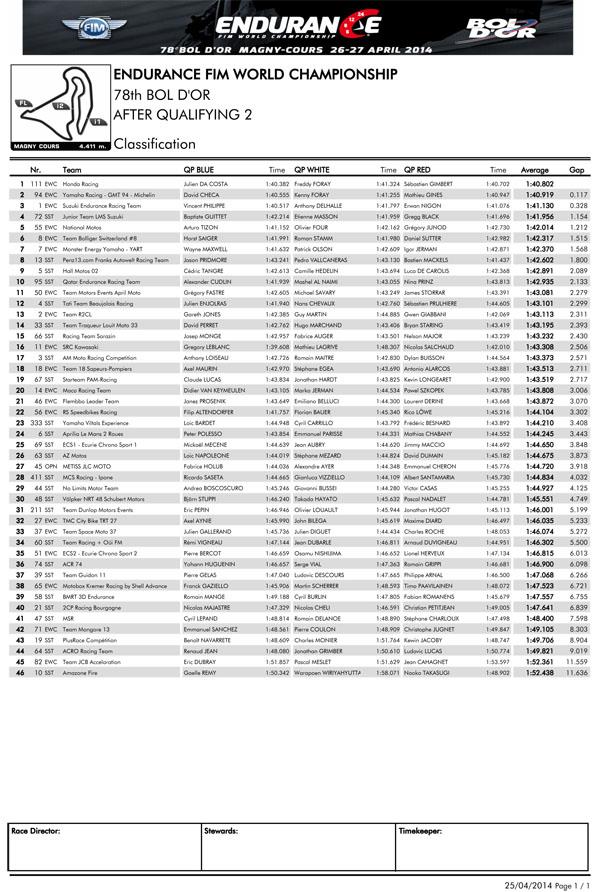