Gresini Racing Moto2 rider Toni Elias took the win in the Moto2 race at this weekend's Brno MotoGP round.

Italtrans S.T.R. rider Roberto Rolfo was battling it out at the front until bike problems put him out of the race just a few laps short of the chequered flag. 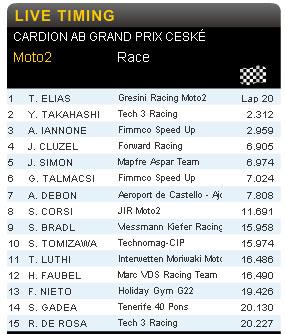