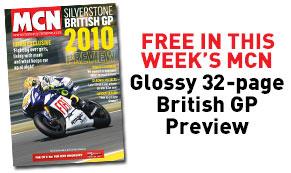 Crutchlow held lengthy talks with Yamaha management about a temporary move to the Monster Yamaha Tech 3 squad, as was first reported by MCN last week.

The 24-year-old would have joined Herve Poncharal’s squad for the Catalunya, Sachsenring and Laguna Seca races with Colin Edwards taking injured Valentino Rossi’s place in the Fiat-backed factory squad.

It would have meant Crutchlow facing a hectic schedule of racing in World Superbikes and MotoGP for six successive weeks.

He’d have constantly changed bikes and tyres and without any previous experience of Yamaha’s YZR-M1, Bridgestone tyres or any of the tracks he would have raced at, Crutchlow declined the chance having agonised over the decision for days.

He said: “It would have been an honour to ride for Yamaha in MotoGP but after discussions I’ve decided not to do it. The decision was made between us and I think Yamaha respect me for deciding not to do it.”

For the full story see tomorrow’s MCN, which includes a special free 32-page preview of this weekend’s British MotoGP race at Silverstone.