Alex Rins, fresh from his victory in Philip Island, has taken pole position in the wet at Motegi, continuing his dominance of the class to take his seventh of the season in the first track action of the weekend.

With Friday and Saturday morning abandoned due to weather, the 55 minute session was the first chance for the riders to set up bikes and gauge conditions, but Rins was able to comfortably secure the pole, and with only 5 point separating him from championship leader Luis Salom all will be to play for tomorrow.

Fellow title challenger Maverick Vinales was second and Rins' Estrella Galicia teammate third, while Salom was back in fourth, joined on the second row by Jack Miler and Isaac Vinales.

Some of the usual front runners, twarted by the conditions, are far back on the grid, but with dry tracks forecast for tomorrow could provide a surprise. Miguel Olivera was 18th, Efren Vasquez 21st, and Arhtur Sissis in 19th.

The race kicks off at 0200 UK time, and while Salom can win the title, it needs him to take the victory with Rins in 11th or further back. 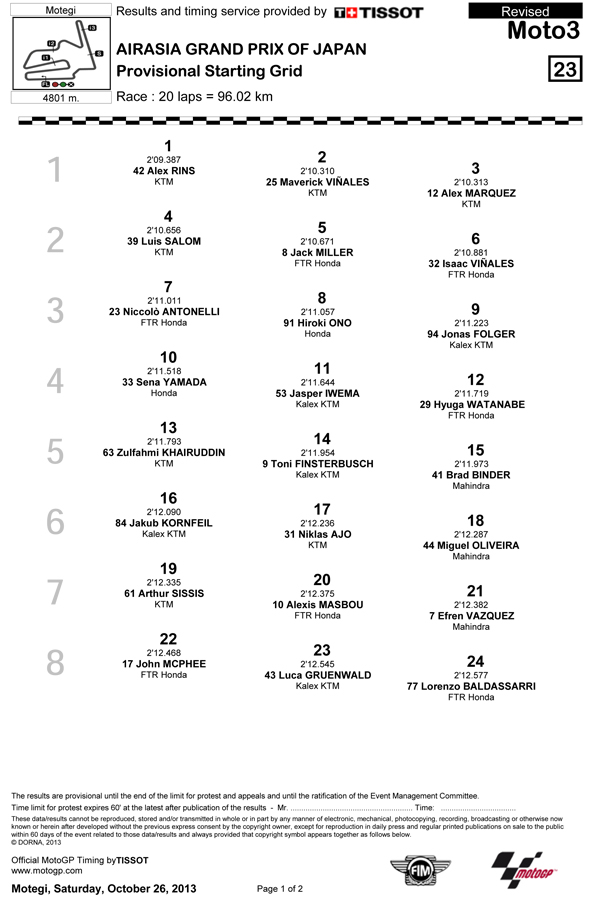