Marc Marquez, out to prove a point after losing last time out in Brno, has put himself firmly at the front of the grid at Silverstone, finishing the session half a second faster than anyone else as well as leading for most of it.

However, it wasn’t all the Marquez show, with Brits Bradley Smith and Scott Redding also having good showings in fourth and sixth. Smith looked set to hold a front row spot, but was denied in the closing minutes by Andrea Dovizioso, while Redding was able to achieve a remarkable sixth on his privateer Honda.

However, there were other upsets in the results, as Yonny Hernandez took fifth on the privateer Pramac Ducati, with teammate Iannone in seventh. Valentino Rossi, Jorge Lorenzo and Dani Pedrosa all had disappointing sessions, finishing 13th, 11th and 9th respectively.

Cal Crutchlow was 14th, while Leon Camier was 17th despite a late crash and the PB Aprilia boys of Michael Laverty and Broc Parkes were 21st and 23rd. 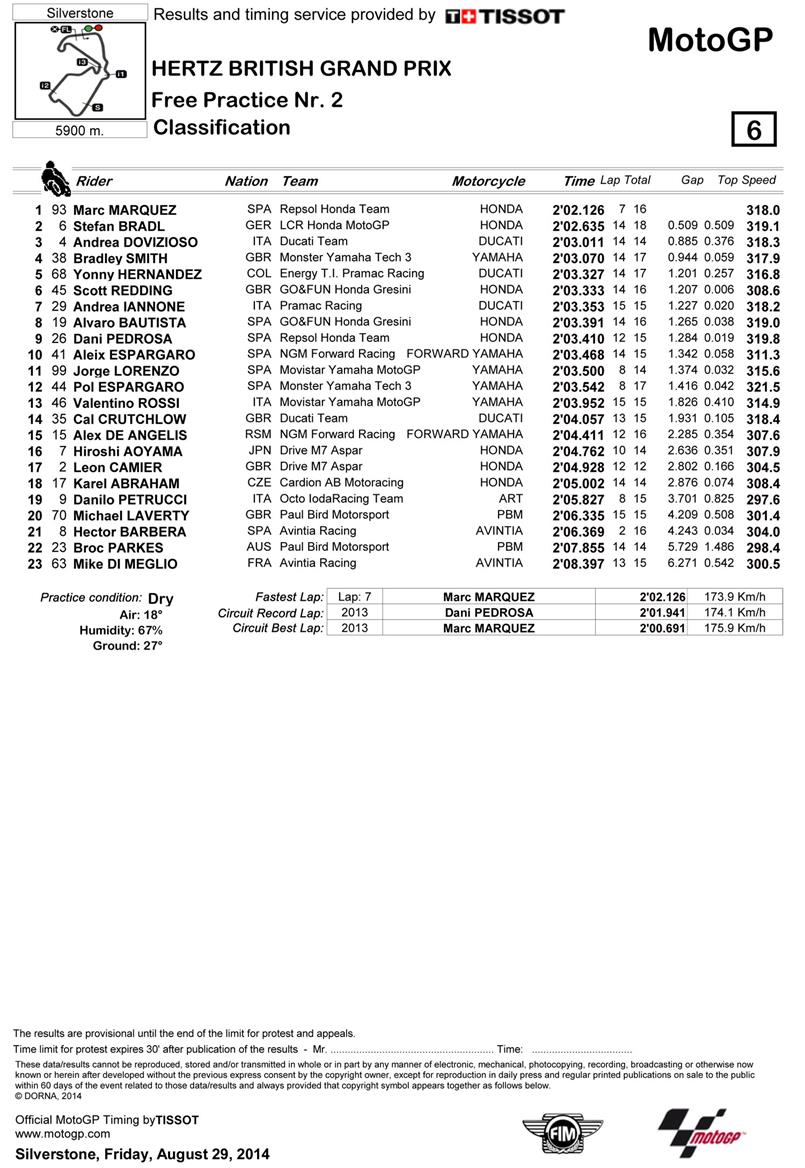