Tito Rabat has taken a dramatic victory in the Silverstone Moto2 rce, closing down hisMarcVDS teammate Mika Kallio in the closing stages of the race to pass the Finn on the last lap and lead over the line.

Kallio was an early race leader, breaking away at the front while Rabat was left to battle with a chasing pack of Maverick Vinales, polesitter Johann Zarco, Simone Corsi and Jonas Folger.

However, a mistake from Folger at the two thirds point soon reduced the pack from five to three, taking out Corsi with him, although both walked away unhurt. It thenlooked like it would be Vinales who would challenge Kallio, bridging across to him.

But Rabat was soon able to up his pace as well, setting the fastest lap of the race as he crossed over to pass first Vinales then Kallio. The Finn was able to retaliate on the last two laps, but a small mistake on the last lap left him too far back to make a move.

Brit Sam Lowes, who has stayed in the leading breakaway of nine riders for the entire race, was able to stay with former world champion Thomas Luthi and Franco Morbidelli, eventually finishing seventh, only 0.035 off Morbidelli in sixth.

Gino Rea finished the race in 20th, while Jeremy McWilliams managed a last place finish in 29th despite breaking his nose in a qualifying crash yesterday.

"I think that was the best race of my career. I wasn’t the fastest rider on the track, and I had to try try try. I was able to put in a good effort at the end though, and we were rewarded for that." 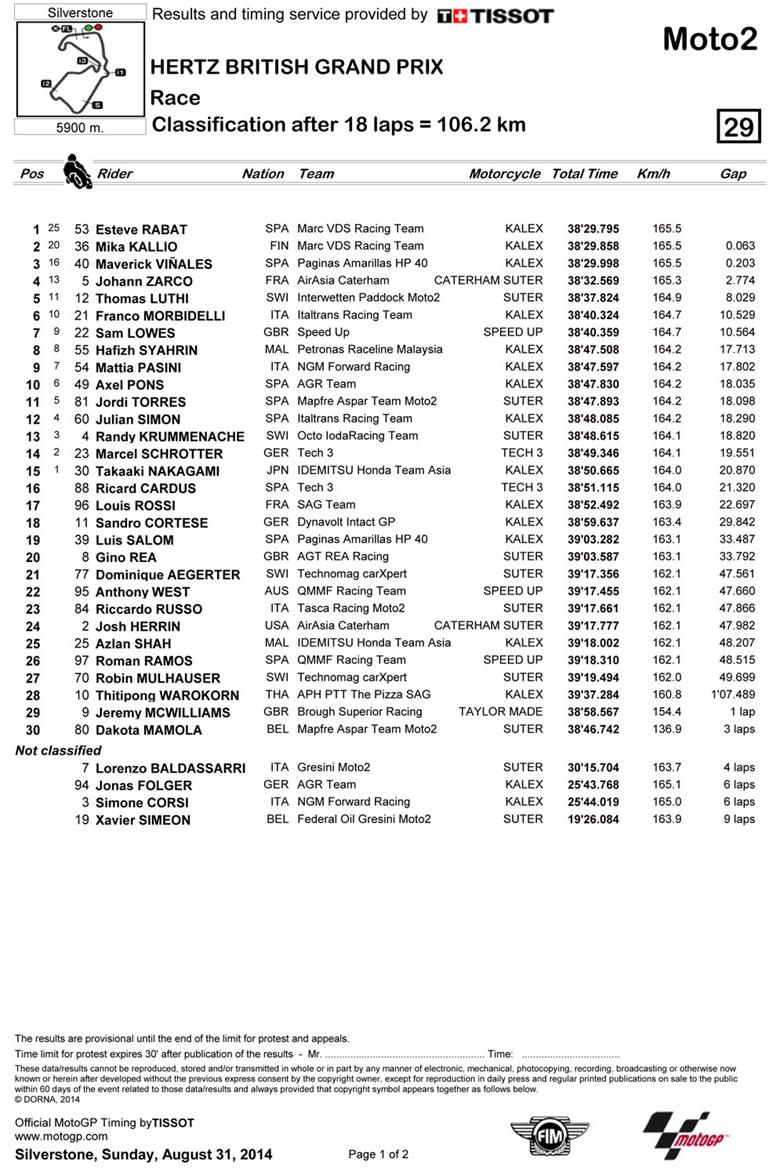