This weekend’s British Grand Prix couldn’t have got off to a better start for the home riders, with Danny Kent taking his Husqvarna to provisional pole ahead of tomorrow’s Moto3 race qualifying.

With the session being interrupted at times by light rain on parts of the Northamptonshire circuit, the lead remained with Alex Marquez for most of the session, but it was his very last lap that left the Brit top of the time sheets.

Marquez ended up back in sixth, with Niccolo Antonelli, Alex Rins and Isaac Vinales all behind Kent; albeit separated by only 0.076 – an impressive gap around the longest track on the GP calendar.

Scotsman John McPhee was in ninth at the end of the session, while British Motostar championship wildcard Joe Irving finished in 33rd.

Championship leader Jack Miller was back in 23rd, despite leading this morning’s FP1 session, after experimenting with new settings. 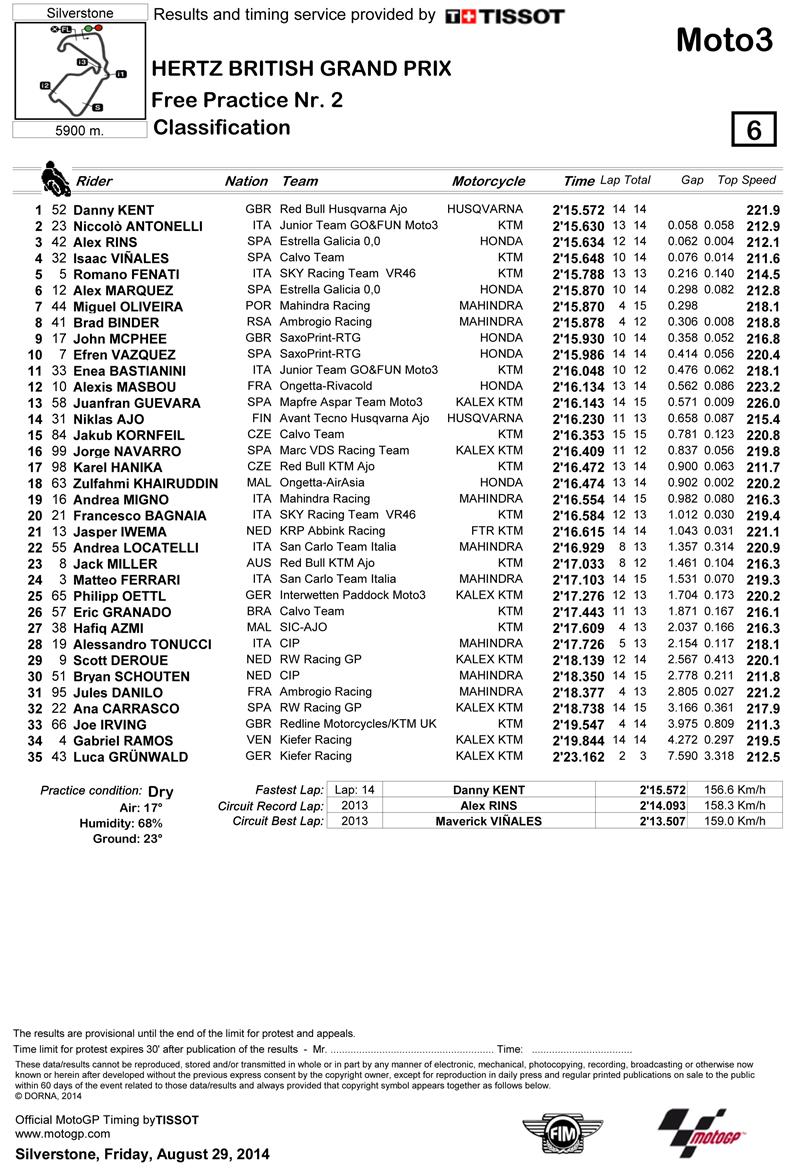