Silverstone Moto3: Rins on pole as he chases maiden win

Alex Rins will start tomorrow’s British Grand Prix from pole position, after controlling the timesheets for most of the session, to eventually finish 0.112 ahead of Niccolo Antonelli and Alex Marquez.

However, a horror weekend for title leader Jack Miller continued, leaving the Australian back in 8th place – something Rins is keen to capitalise on as he chases his elusive first win.

“I hope I can finally get the win! Today and Friday were very good for us, we have been fast all weekend, and finally it looks like we have the good way. Tomorrow is an important day, and I need to think and do my best.”

It was a poor day for the Brits, with yesterday’s leader Danny Kent back in 12th despite attempting a four-rider tow with his Ajo team, but he remained confident afterwards.

“There’s going to be a big group in the race, and all I have to do is stay aggressive from the off. If you look at Brno, I started this far back, but was able to come through for a podium finish.”

Josh McPhee was back in 17th, complaining that the bumpy Silverstone circuit was causing chatter for his Honda, while wildcard Joe Irving was 32nd on the Redline KTM. 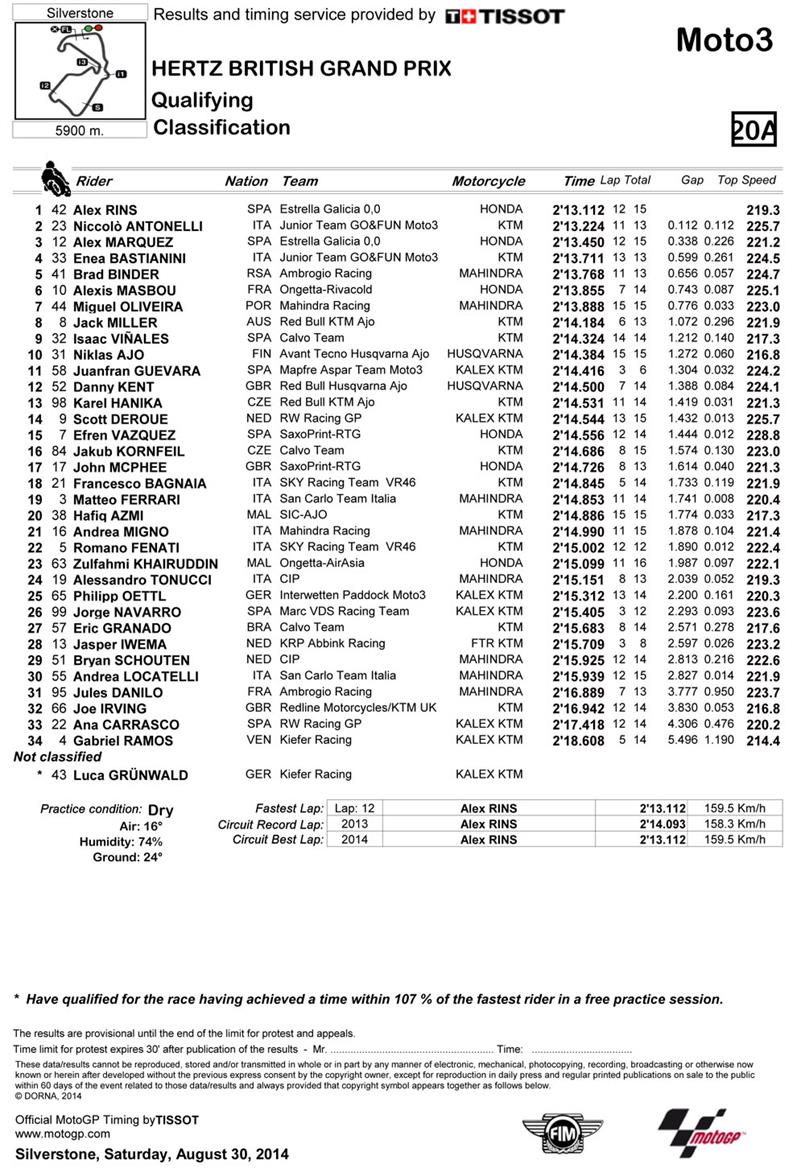