Alex Rins has made up for his Brno last lap mistake, where the KTM rider cost himself a podium finish by sitting up a lap early, by taking an amazing last corner victory at Silverstone, holding back his Estrella Galicia teammate Alex Marquez.

Marquez and Rins were part of an escaping group that also included Enea Bastianini and Miguel Oliveira, and the foursome diced to the line, eventually separated by only 0.1, with a mere 0.01 in the photo finish between the Estrella Galicia pair.

Jakub Kornfeil was fifth, coming out on top of an ever-changing battle that stretching all the way back to twelfth and included the Brit pairing of John McPhee and Danny Kent. Both ran as high as sixth at times, but chatter relegated McPhee to 11th and a power deficit left Kent in 9th at the flag.

There was a bizarre incident on the slowing down lap when podium finisher Bastianini was left holding his arms up in surprise after being knocked off by the Red Bull KTM of Karol Hanika. Both had been celebrating with other riders when the Czech rider rode into the Italian, dropping both. 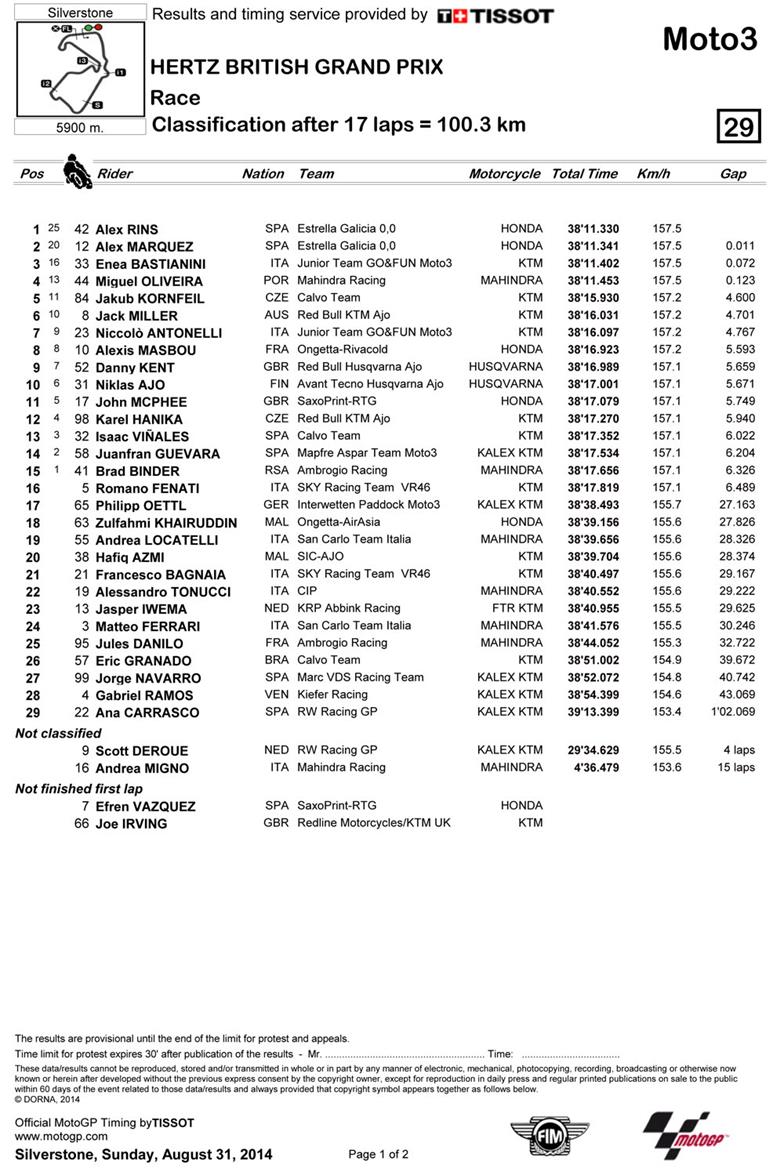