Australia Moto2: Rabat puts one hand on the title for MarcVDS with pole

Tito Rabat has put one hand on the Moto2 title for the MarcVDS team at Philip Island, and him and his teammate Mika Kallio look set to go down to the wire for the crown. The duo will both start from the front row of the grid, separated only by Johann Zarco in second. Only 0.2 separate the trio.

Rabat, who led the session from start to finish, also set a new lap record in the process.

Maverick Vinales will lead the second row, ahead of Thomas Luthi and Sandro Cortese. Sam Lowes had another successful day at a track he knows to start from seventh.

However, in order to take the title tomorrow, Rabat still has a lot of work to do, needing to both take a win and have his teammate finish off the podium; something that looks unlikely.

Rabat said afterwards: “So far we’ve made a perfect weekend, working step by step and fastest in every session, but I had a small problem in qualifying because I got something on my right glove and my fingers were stuck together, which made things a bit difficult. But I got pole position and I’m happy with that; tomorrow I will try to make a good start and find my rhythm in the first few laps. I’m only thinking about winning the race; if I thought about the championship then that would be a problem!” 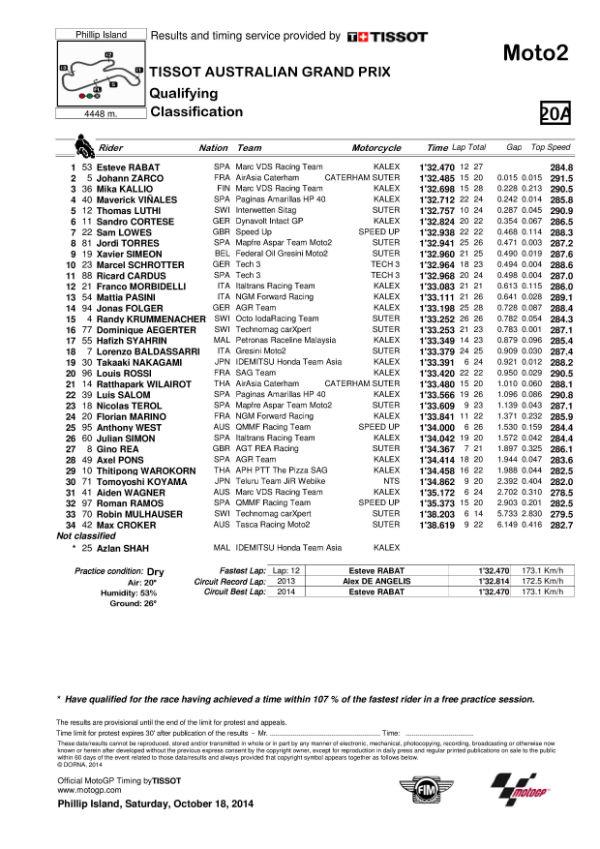