Home boy Jack Miller has triumphed in front of his home crowd at Philip Island, taking victory with a superb tactical last lap after a Moto3 knife fight race. He took the flag by less than 0.03, with only 0.044 covering the top three.

With a nine-rider pack battling for the lead for almost the entire race, it could have been anyone’s win, but it was Miller who was able to put his KTM right into place for the dash to the line.

Title rival Alex Marquez was second, ahead of his teammate Alex Rins and Efern Vazquez. Scottish rider John McPhee was fifth, taking another excellent result – but fellow Brit Danny Kent was left fuming in 20th after getting collected by teammate Miller.

Speaking afterwards, Miller said: ”I couldn’t be happier, after a qualifying session as difficult as yesterday’s was. It is the first time we have won –or even got on the podium– after failing to qualify on the front row. I cannot be more grateful to the team because they pushed me to do a great job all weekend and solved our problems.”

“So I thank them, as well as KTM, for the fact that I was provided with a bike with which I could fight for the win. I am very happy and satisfied to have won, after a few races without doing so. Winning here at home, in Australia, is really special.” 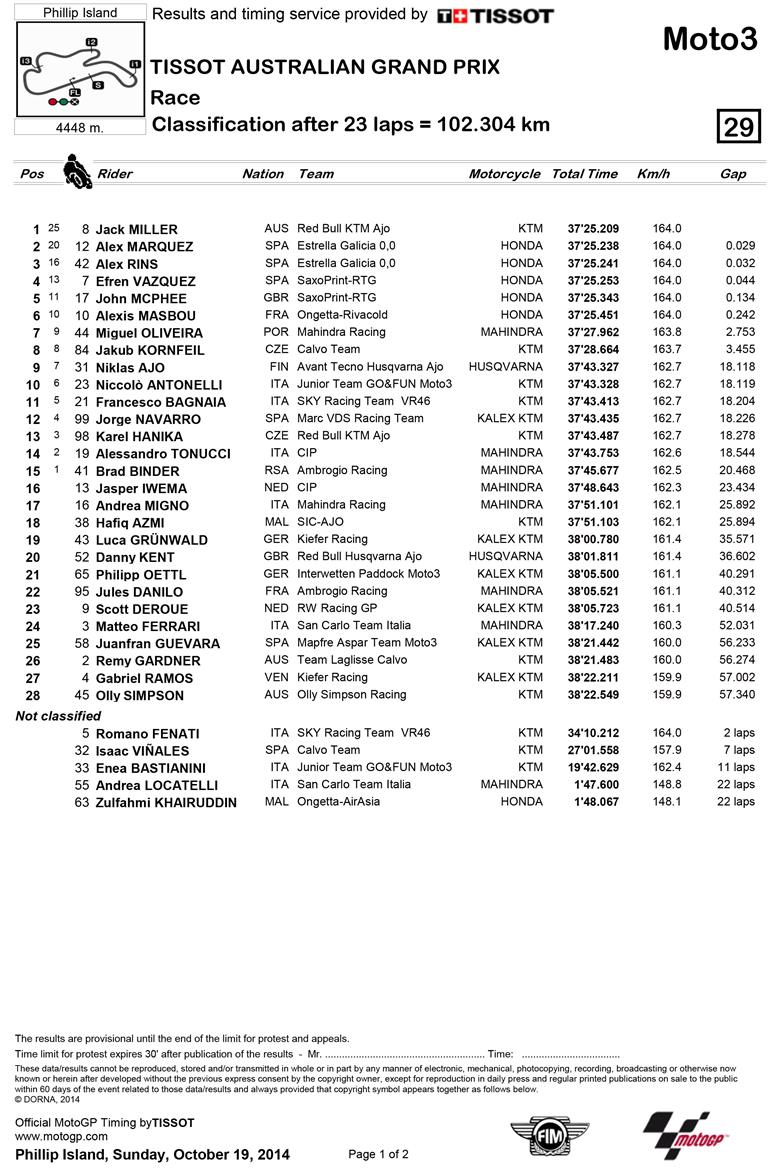