Tito Rabat has set the marker for the Moto2 field on the opening day at Sepang, finishing the day nearly half a second faster than second placed Maverick Vinales and 0.7 clear of MarcVDS teammate (and the only man who can beat him for the title) Mika Kallio.

Local rider Hafizh Syahrin was an early leader while the track was still wet, but as soon as a dry enough line appeared for slick tyres it was Rabat who powered to the front, going faster and faster to set his fastest time on his final lap.

Sam Lowes, who finished the morning’s session in eleventh, was twelfth in the second of the day, as he adapts to what is a new circuit for him, while Gino Rea was nineteenth at the circuit where he took a podium finish a few years ago. 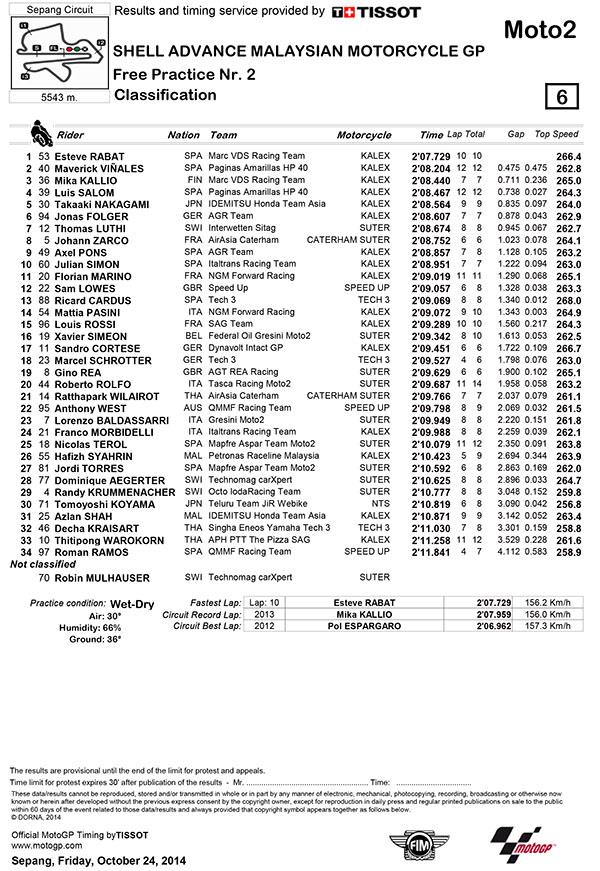