Maverick has beaten Mika Kallio in dominant form to win his third Moto2 race out of four, in a dominant display where he passed the Finn before pulling out a lead of nearly three seconds in only five laps.

Behind the battling duo at the front, though, early leader Tito Rabat was happy to settle for third in order to lift his Moto2 crown. Only needing to finish seventh, he was happy to leave his fellow Spaniard and his teammate to dice it out in front of him.

Johann Zarco was fourth, six seconds back on Rabat, while early front-runner Dominique Aegerter and Julian Simon rounded out the top six.

It was a less fortunate day for the Brits though, with Gino Rea first crashing out at turn two before Sam Lowes, challenging for a top ten and matching the to six’s lap times, crashed out on lap five. 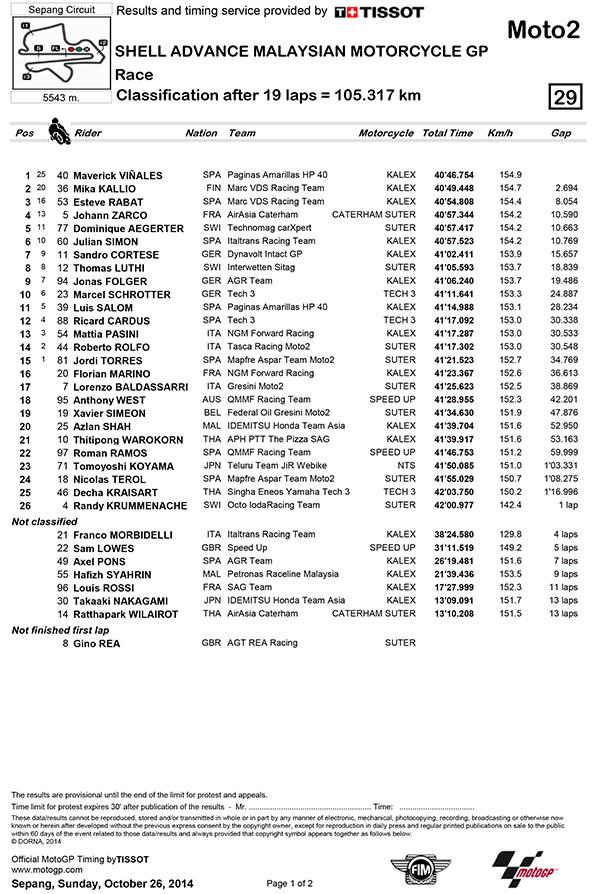