Niccolo Antonelli has topped the opening day of Moto3 action at Sepang, finishing at the front of an ultra-close free practice two session. The Italian was 0.016 ahead of Jakub Kornfeil when the rain flag brought a premature end to the session with minutes left.

Alex Marquez took first blood of the weekend from championship rival Jack Miller to secure third place, but by a hair’s breadth of only 0.06, with Marquez himself only 0.05 behind the Czech rider to leave 0.027 covering the front four.

Efren Vazquez, Isaac Vinales and Alex Rins were fifth, sixth and seventh, while Brits Danny Kent and John McPhee were separated by Enea Bastianini in eighth and tenth.

The rain flags that disrupted the end of the session quickly turned into a tropical downpour that has resulted in a long delay to MotoGP and Moto2 getting out on track in fully wet conditions. 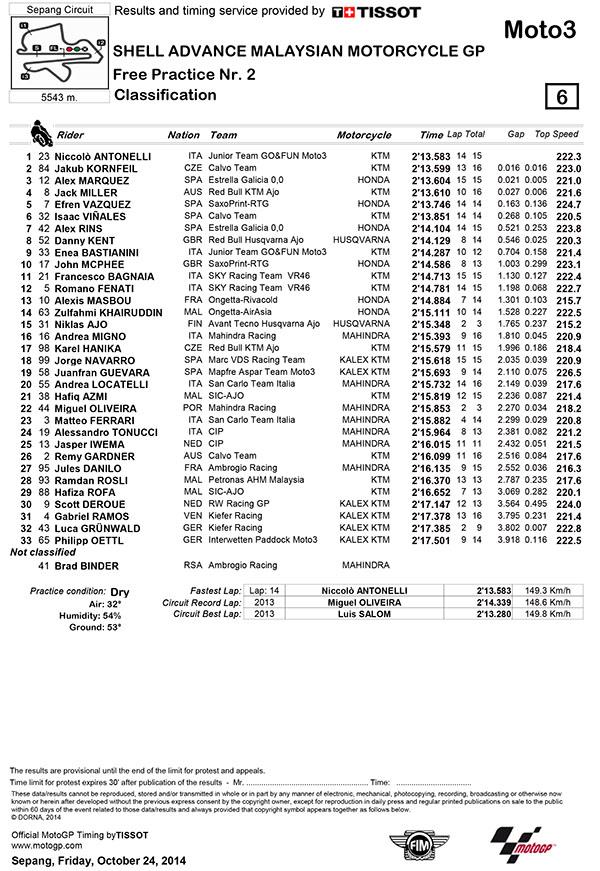