Jack Miller has taken command of the Moto3 grid in Sepang, doing his best to avoid heavy traffic to qualify on pole. Many of the frontrunners have hit out at the amount of riders slowing to get a tow during the 45-minute session. Miller’s title rival Alex Marquez crashed with just five minutes left on the clock, relegating him to fifth.

However, it was Scot John McPhee who was also able to exploit Marquez’s crash to take a front row start in second, albeit nearly half a second slower than Miller. Jaukb Kornfeil rounds off the front row, while Marquez is sandwiched by Efren Vazquez and Romano Fenati on the second row.

Danny Kent recovered from an early low speed crash to take seventh, and leads the third row from Isaac Vinales and Miguel Olivera. 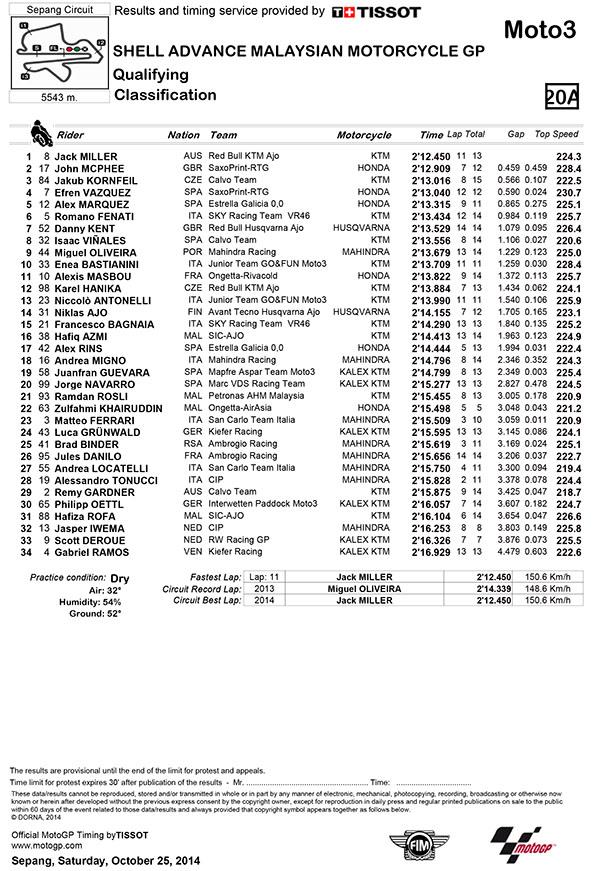