Efren Vazquez has taken victory in the Malaysian Moto3 race, making the most of title rivals Alex Marquez and Jack Miller knocking chunks off each other in the battle for the win and the crown. Vazquez was able to set up a last corner to drag Miller and Alex Runs for the line on the long home straight.

But the real story of the race was the battle between Miller and Marquez. With the Australian bringing his typical aggression to the race, both him and teammate Danny Kent made contact multiple times with the Spaniard.

A visibly angry Marquez was eventually forced to settle for fifth, after getting forced wide multiple times and eventually getting overtaken for fourth by Danny Kent on the last lap.

Kent’s fellow Brit John McPhee was less fortunate, crashing out of fourth on the last lap.

Jack Miller now goes to Valencia, the final race of the year, with an eleven-point gap to close in on Marquez if he wants to win the title. 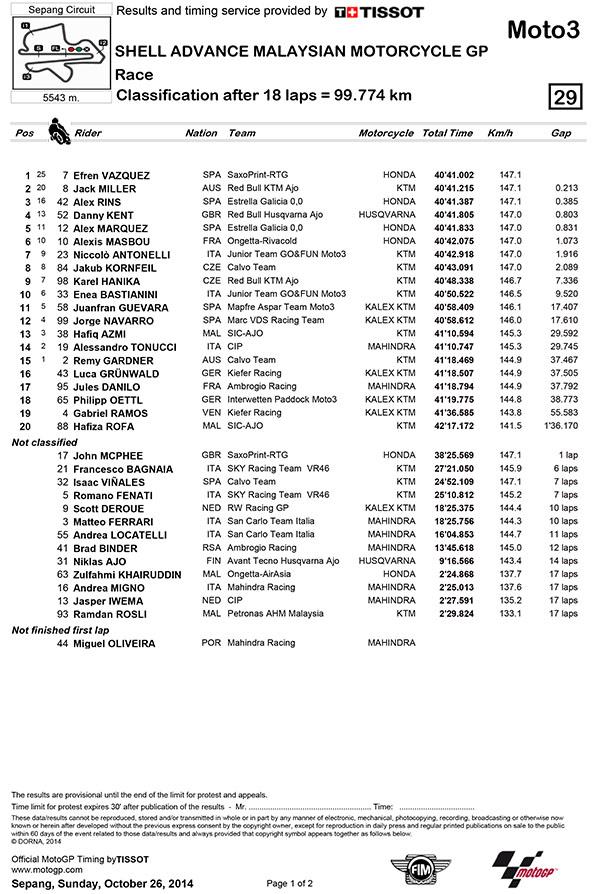