Marc Marquez has taken his thirteenth pole position of 2014, setting a new record for most poles in a season as well. The reigning champion held off teammate Dani Pedrosa and the Yamaha of Jorge Lorenzo to take the top spot by 0.182.

Stefan Bradl led the second row, holding off the Ducati of Andrea Dovizioso and Valentino Rossi on the second Yamaha. Aleix Espargaro was seventh, with the British pairing of Cal Crutchlow and Bradley Smith in eighth and ninth.

It looks like there will be two riders less on the grid for tomorrow’s race, though, with Pol Espargaro and Andrea Iannone both potentiall sitting out the race. Espargaro suffered a vicious highside in free practice when a chuck of track debris puncture his oil cooler, while Iannone continues to suffer from yesterday’s crash. 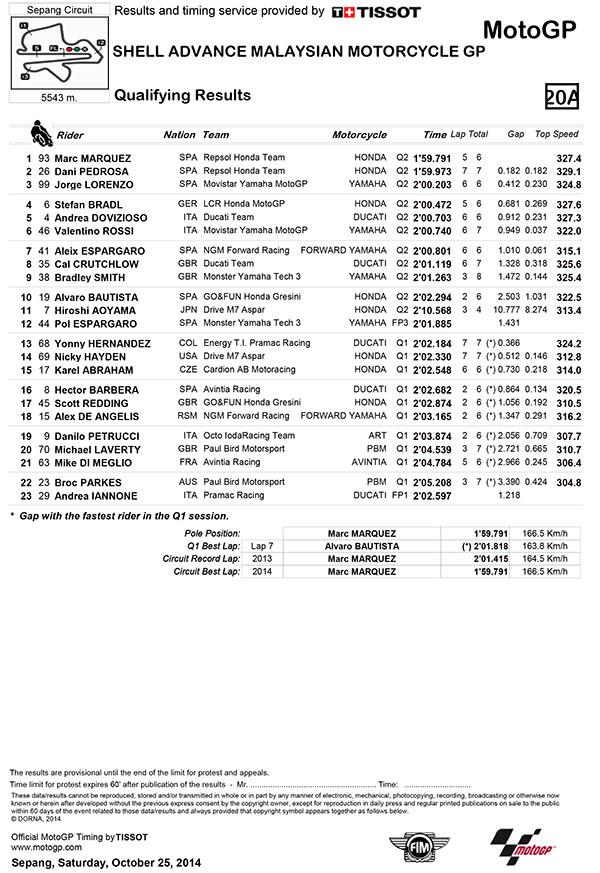