With Marc Marquez needing to finish ahead of both Rossi and Pedrosa in order to secure the World Championship, round fifteen at Honda’s ‘home’, Motegi circuit, the scene was perfectly set.

It was the Italian, Dovizioso, on the factory Ducati that had already interrupted the party though, by claiming the first pole by a non-Spanish rider since Britain’s Cal Crutchlow at Brno last year, and the first pole for Ducati since Casey Stoner started the final race of 2010 in Valencia.

It was the other Italian on the front row, Rossi, who made a great start to take the lead before the first right-hand corner however and within three turns, Jorge Lorenzo – starting in fifth - on the factory Yamaha had joined him.

And that’s how the order at the front stayed, for the first few laps, until – with twenty laps to go - Lorenzo took swift advantage of an uncharacteristic line from Rossi and stole the lead.

Marquez was making patient, almost quiet work of his overtakes and with fourteen laps completed, the roars from the crowd announced the moment where he met Rossi for the battle for second – and the championship.  The skirmish continued throughout the entire lap but despite some instant fight-back from Rossi, once Marquez had made his second attempt at turn nine stick, the view of Lorenzo in the lead became clear.

And so, with the metronomic ride from Lorenzo creating space ahead of him and the nearest threats from Rossi and Pedrosa behind being contained, it was Marc Marquez’s title. The first time Honda have ever secured the championship on their home asphalt. 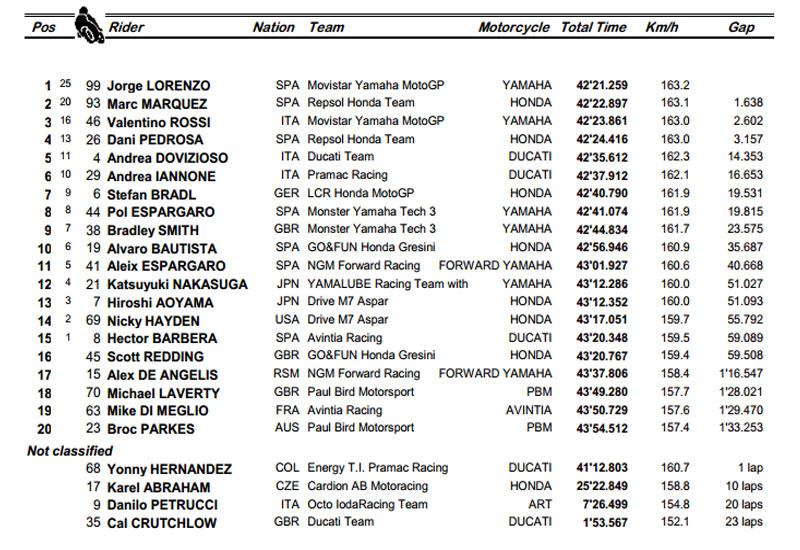 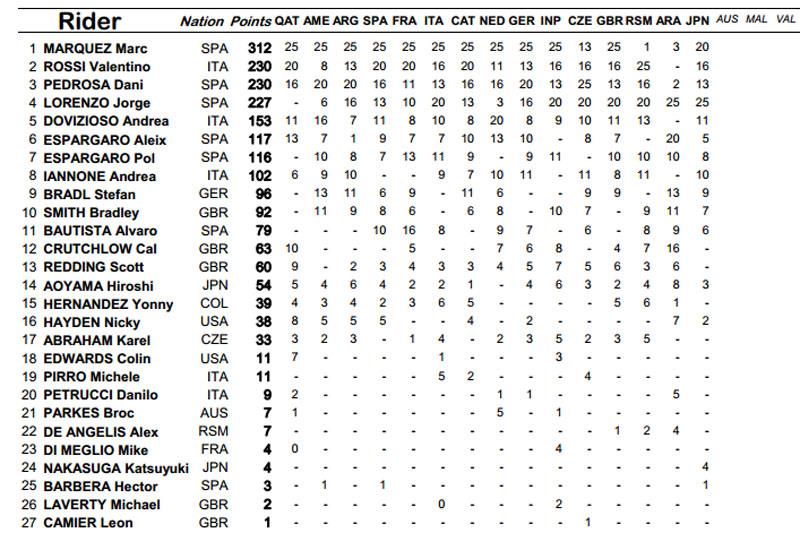