‘I take no satisfaction in saying this because I’m a huge fan of Irish National road racing but as the man who is responsible for promoting the TT I wouldn’t lose any sleep over the future of our event if the Irish races were to disappear.’

That is the blunt – and controversial – assessment of TT and Motorsport Development Manager, Paul Phillips on the effect the feared demise of the smaller Irish road races might have upon the TT races.

It’s a viewpoint likely to have the traditionalists foaming at the mouth. They regard the Irish scene as the training ground where real road racers serve their apprenticeship before moving on to the bigger International events like the TT, North West 200, Ulster Grand Prix and Macau but Phillips is adamant this is no longer the case – and he says he has the statistics to prove it.

‘I’ve been looking after rider recruitment at the TT since 2005’  the Ramsey man explains. ‘In that time we’ve brought 85 newcomers to the TT and between them they’ve won 7 TTs, scored 32 podiums and finished in the top ten 108 times. Those winners are guys like Cameron Donald, Gary Johnson and Steve Plater and of the whole 85 only two of them were competing in the Irish National scene when they came to race the Mountain course.’

‘Many of those riders who have previously raced the Irish Nationals have actually had their best results at the TT after they have scaled down or stopped racing on the smaller Irish circuits.’ he elaborates.

‘Looking back, Conor Cummins, Cameron Donald, Guy Martin and Gary Johnson all achieved more at the TT after they stopped riding in Ireland and even Martin Finnegan and Adrian Archibald were more successful on the Island when they raced less at home.’

‘If you look at the situation today we will have around 100 solo riders at the TT this year and only a very small percentage of them will be regularly plying their trade at places like Armoy or Skerries.’ he goes on. ‘In my opinion the likes of Dave Johnson, Dean Harrison, Lee Johnston, Dan Cooper, Jimmy Storrar and Simon Andrews are the riders most likely to break into the top ten over the next few years, all young guys in their 20s, and none of them race on the Irish National road circuits. Maybe we should have this conversation again in five years time and see where we are but I am confident that this is how it is likely to pan out.’

As someone who is in daily contact with road racers, Phillips is well placed to tease out the intricacies of their profession and take the temperature of the sport. 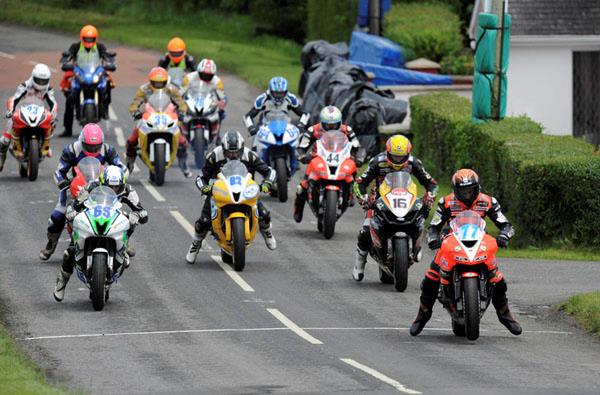 ‘Riders tell me the smaller road circuits in Ireland are generally very short, start-stop affairs, which requires a very different riding style than the TT. The Mountain circuit has lots of high speed, complex corner combinations which have to be all linked together so in many ways a comparison with the narrow Irish roads is irrelevant.’

Phillips’ views are the result of a lot of thought and he offers a considered assessment that many will find uncomfortable. As a fan of Irish National road racing he says he shares that discomfort in some, yet says he doesn’t believe races like Tandragee and Skerries are doomed.

‘At least not if they are properly managed’ he offers.

‘I’ve been going to Ireland to watch racing since I was a kid’ he recalls. ‘They are such an incredible spectacle and I’ve been to places like Kells, Killalane, Cookstown and Tandragee loads of times. I think I’ve been to Skerries something like 15 times in all! I love the whole scene and I have many, many good friends who are part of it. I haven’t lost interest, I still follow it and I think that I understand it and its relevance. I certainly don’t want to see it stop but for me the main problem is one that faces so many sports at the grassroots level – a fear of change.’

Although still only 34 years old, Paul Phillips is the man credited with leading the renaissance in the fortunes of the TT over the last few years. So his analysis of how the challenges the sport currently faces in Ireland might be met is worth considering.

‘Road racing is not a cheap sport to stage and costs such as insurance are always rising. I read people on fans forums berating others for not buying programmes or being prepared to pay to watch the sport but I think this is looking at things the wrong way round.’ he says.

‘If you’re trying year on year to make your customer base buy your product and they’re refusing to do so then you have to look at why that is so and try to change it – you have to change your business model and adapt.’

‘In reality Irish road racing shouldn’t be in trouble’ he says. ‘It’s a really exciting spectacle that attracts very wide interest. The fan base is hugely loyal and there’s a lot of media coverage for the races.’ He sees no option but for the Irish National scene to adopt many of the methods that have sparked the TT’s recovery from the doldrums of a decade ago.

‘In 2006 the gross commercial revenue for the TT was about £200,000.’ he explains. ‘That figure is forecast as reaching approximately £2 million in 2013. And although people imagine we have huge public funding that commercial income provides the TT with more than half of its total operating budget nowadays.’

‘The elephant in the room here is money and in Irish road racing I think it’s almost a bad word. Everybody gets uptight if anybody appears to be making money from racing. All of the International road races are riding a wave at the moment and the Nationals should be sweeping along on their coat tails. But the fundamental problem is that within Ireland the organisation of racing isn’t joined up, nobody is communicating with anyone outside the existing fan base. If the sport is to survive at National level there is no alternative but to shift things on to a commercial footing.’ 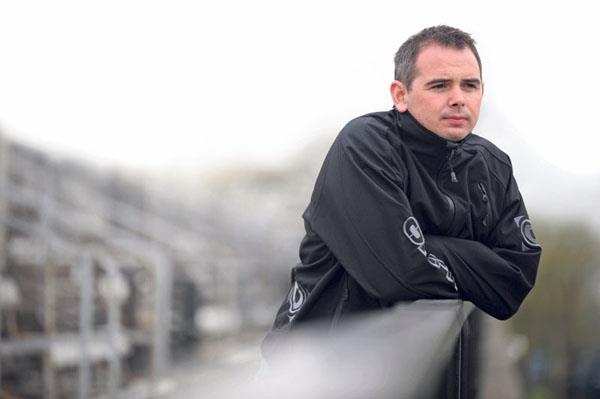 Phillips is both forthcoming and optimistic as to how that could be achieved.

‘The individual clubs could continue to run their races with their teams of volunteers but there needs to be an overall promoter in charge of the rules and regulations of an Irish road racing series. That promoter would own the rights to the series and would manage the commercial aspect of the sport, shaping its look and feel by controlling the image and brand rights and engaging the competitors in its promotion. Once control of the motorbike racing product has been established and the audience built up then you can begin to engage more fully in things like hospitality packages, ticket sales and e-commerce and most important of all, you can begin to negotiate the sale of the broadcast rights. Sponsorship will always follow television coverage.’

‘This is exactly how the TT’s commercial revenue has grown; the management of the television rights has been followed by increased sponsorship, ticket sales, the promotion of VIP experiences, retail concessions, increased management of licencing and e-commerce.’

If this is the blueprint for progress the TT supremo is confident that this is the time for those who control the Irish scene to chase it down.

‘Irish road racing with its mass starts, narrow roads and big jumps is sensationally exciting compared to so much other motorsport’ he says. ‘That is a fabulously lucrative asset and I am sure that there is a sports marketing company out there who would recognise the commercial opportunity it presents. A third party promoter would invest today to reap the benefits further down the road and it is a maxim that the best time to buy is when things are at their lowest ebb. This might just be the right time to sell as well.’
Phillips admits that everyone might not welcome all of this change but he has a stark warning for those who resist it.

‘Yes there would be people who would complain, as they have done about the TT and the Manx Grand Prix, that everything has become too much of a business, that the sport has lost it’s grassroots feel. But what are the alternatives? I really cannot see any other way that the sport can survive without embracing a commercial approach. Without this it will slip into oblivion.’

Are you a TT fan? Check out 'TT Centennial Magic'  and enjoy the sights, sounds and people who helped create the TT legend. This programme is a unique tribute to this extraordinary event. Use the code TV TRIAL for your FREE 14 DAY TRIAL! Click here.