Reigning British Superbike Champion Alex Lowes has spoken of his frustration at only coming away from his debut WSB weekend having scored only three points, despite showing form to run at the front in testing and qualifying at Phillip Island.

The young Brit was third fastest in the pre-season test held at the Australian circuit, and topped a free practice session during the race weekend until a smash in FP3 left him with a dislocated ankle and struggling with pain, as team boss Paul Denning explained.

“Alex was so unlucky to dislocate his ankle in the Saturday morning crash, as many other riders were crashing heavily and getting away with it. The injury made it impossible to enter the corners properly, and inevitably the difficulty in down-shifting gears caused the mistakes in the races. The frustrating thing is that he was still so fast and could have joined the fight at the front.”

Lowes, known in the paddock for pushing himself physically and especially mentally, was obviously disappointed with the results of his weekend despite the pace he had shown prior to the races.

“I tried really hard this weekend and don’t have a lot to show for it really. The first race crash, and in the second race the run on, on the first lap and then the crash later was all because I was struggling to change gear with my foot. I had a numbing injection, lost a bit of feeling and I couldn’t change gear so it was hard work! I was riding through the pain, so to just get three points has upset me a bit because we had such good pace all through the test. I’ve never been here before and we were still looking like we could run at the front and challenge for a podium so I’m really disappointed, but I’m going to come back fitter and stronger and we should be ok for Aragon.”

For full coverage of the first round of World Superbikes, see tomorrow February 26th’s Motorcycle News. 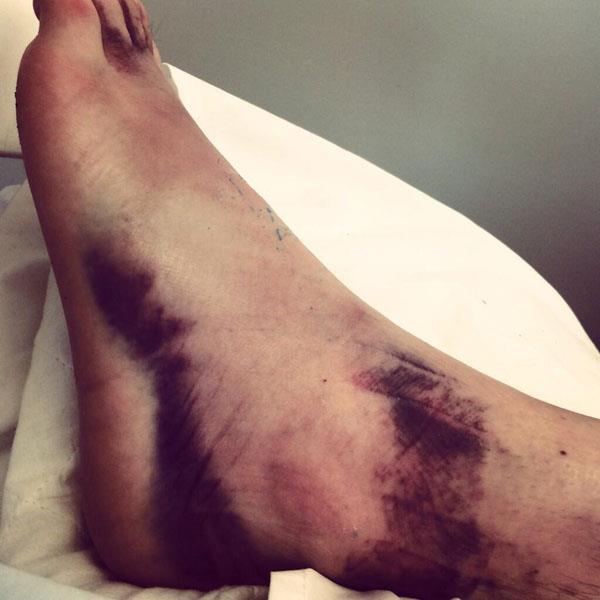