Portimao WSS: Kennedy and Coghlan open up inside top five

Kenan Sofuoglu (Kawasaki Mahi Racing Team India) pulled out the best lap of the first day of WSS action at Portimao in the morning session, and it survived a second session onslaught from championship leader Michael van der Mark (Pata Honda). Sofuoglu’s 1’46.400 was 0.039 ahead of van der Mark.

Just behind Frenchman Cluzel - and like most of the riders still relying on his opening session time in the earlier cooler conditions - was Ireland’s Jack Kennedy (CIA Honda), making his pre-race predictions of a good early start come true before he lost the front near the end of the second session in the afternoon.

Fifth after day one was the DMC Panavto-Yamaha of Kev Coghlan, the British rider closing his early account 0.8 seconds from the leader.

Pata Honda rider Lorenzo Zanetti put in the sixth best time of the day, in a field of 23 riders. One more practice session and then the single qualifying session on Saturday afternoon are left before the race takes place on Sunday. 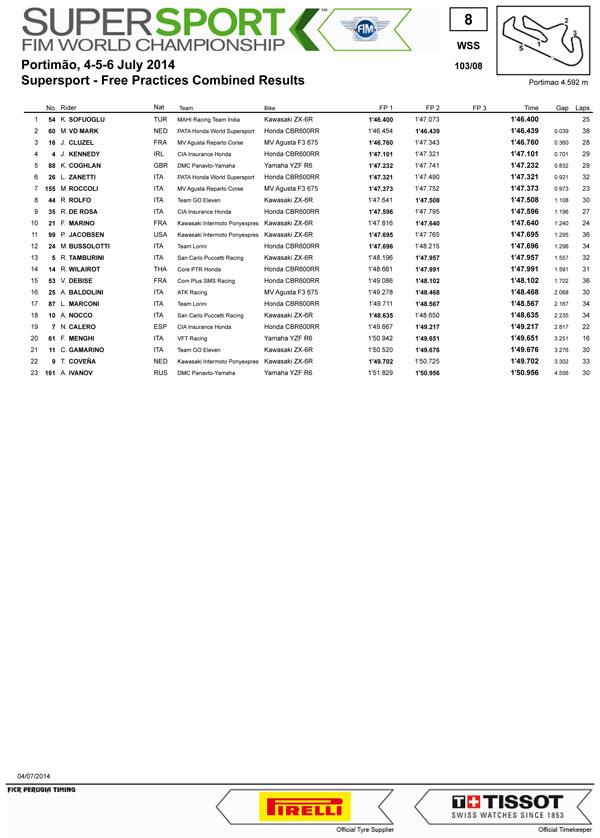