WSS Imola: Sofuoglu from Coghlan after one day of action

Kenan Sofuoglu (Kawasaki Mahi Racing Team India) scored the early advantage at the Imola race weekend, setting the best lap of the first two practice sessions as he tries to get back into the championship fight. Having already scored two DNFs in three rounds this season he is currently seventh in the overall standings.

Championship leader Florian Marino (Kawasaki Intermoto Ponyexpres) placed sixth after both Friday sessions but had to rely on his morning time to do it, as he went slower in the afternoon.

Eighteen-year-old Briton Fraser Rogers (Honda Complus SMS Racing) slotted in 23rd on the opening day at Imola, with one more practice session and then qualifying left to go on Saturday. 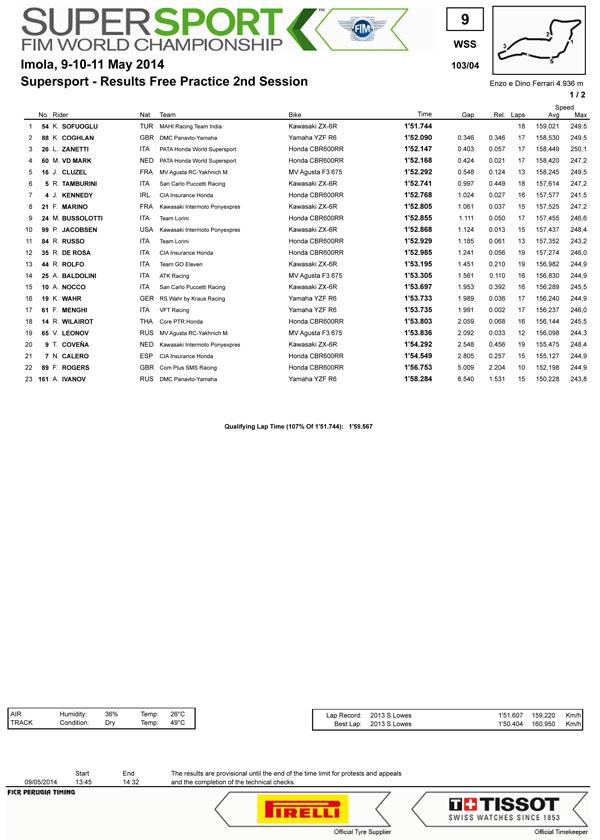