Extreme adventure test - which would you choose?

Designed for travelling to the remotest corners of the globe, big bore adventure bikes have become the must have biking accessory in recent years.

While for many, adventure bikes represent comfort, on road presence and load carrying abilities – these clearly shouldn’t be their only qualities.

The real design brief for an adventure bike is that it will take you and your kit wherever you want to go whether that’s touring Scotland or navigating your way across the Sahara desert.

The competition to build the ultimate adventure bike is fierce and while there is an offering from the majority of manufacturers there are four stand out bikes with genuine adventure and off road credentials.

Unlike the majority of tests in the media that focus primarily on road riding with some token dirt action, this test is different. The 400 miles of road work covered on this test was purely to get to the off road trails we wanted.

This is a test to determine which of the four bikes you’d want to take into the depths of Africa and which would be better off sticking to well surfaced tarmacked roads.

The bikes: BMW 1200GS Adventure, Yamaha Super Tenere, Triumph Explorer and the KTM 990 Adventure. The primary reasons for choosing these four bikes are down to their clear and proven off road potential. Each bike comes with a 19” front wheel or 21” on the KTM.

They are also fitted with crash protection as standard or as an optional extra, have removable footrest rubbers with a list of accessories to satisfy even the most hard core adventurist.

The ground rules: Each bike fitted with Continental TKC80 tyres front and rear. These off-road focussed tyres are a good option for off road, water and mud due to their big block tread pattern. Outright grip on the road is compromised compared to dedicated road tyres.

Each of the riders required to carry a minimum of 20kg of kit made up of tent, sleeping bag, thermarest, clothes, riding gear, toiletries, camera equipment, stoves in an effort to replicate a genuine adventure ride.

Read the full test in this week's MCN, and check back to motorcyclenews.com soon for video of the adventure. 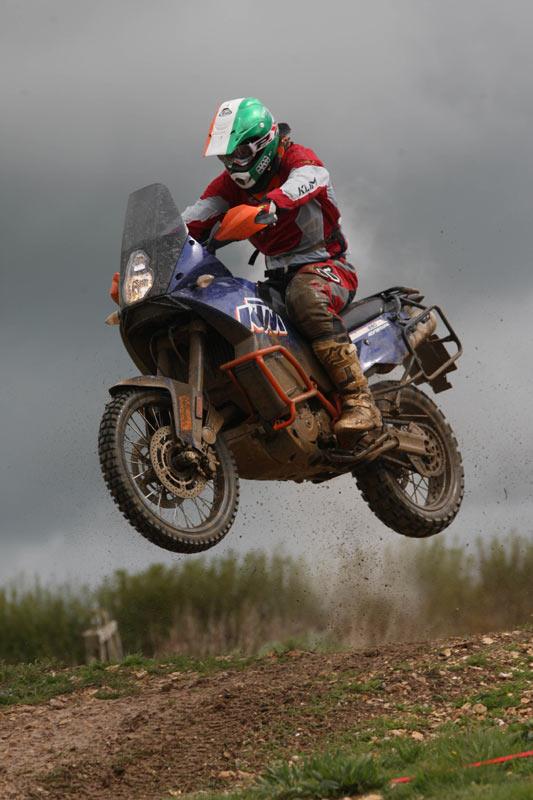