The Husqvarna Vitpilen 401 has the same pricing issues as the Svartpilen, however its café racer styling adds an extra element of unwanted discomfort on the road.

One for those who are prepared to sacrifice practicality in the name of fashion as it doesn’t deliver anything the KTM 390 Duke doesn’t aside from a unique style, cramped bars and a high price tag. Husky’s current lack of dealer network (especially in major cities) will certainly hold them back in the UK.

The Vitpilen rides well when you are on the open road and its Metzeler M5 tyres are sportier than the Svartpilen’s chunky Pirellis, giving it better road handling.

The WP suspension delivers a nice balance between sports and comfort and the brakes and ABS are good, but the seat seriously lacks padding and the drop bars are uncomfortable in town or when you are cruising. 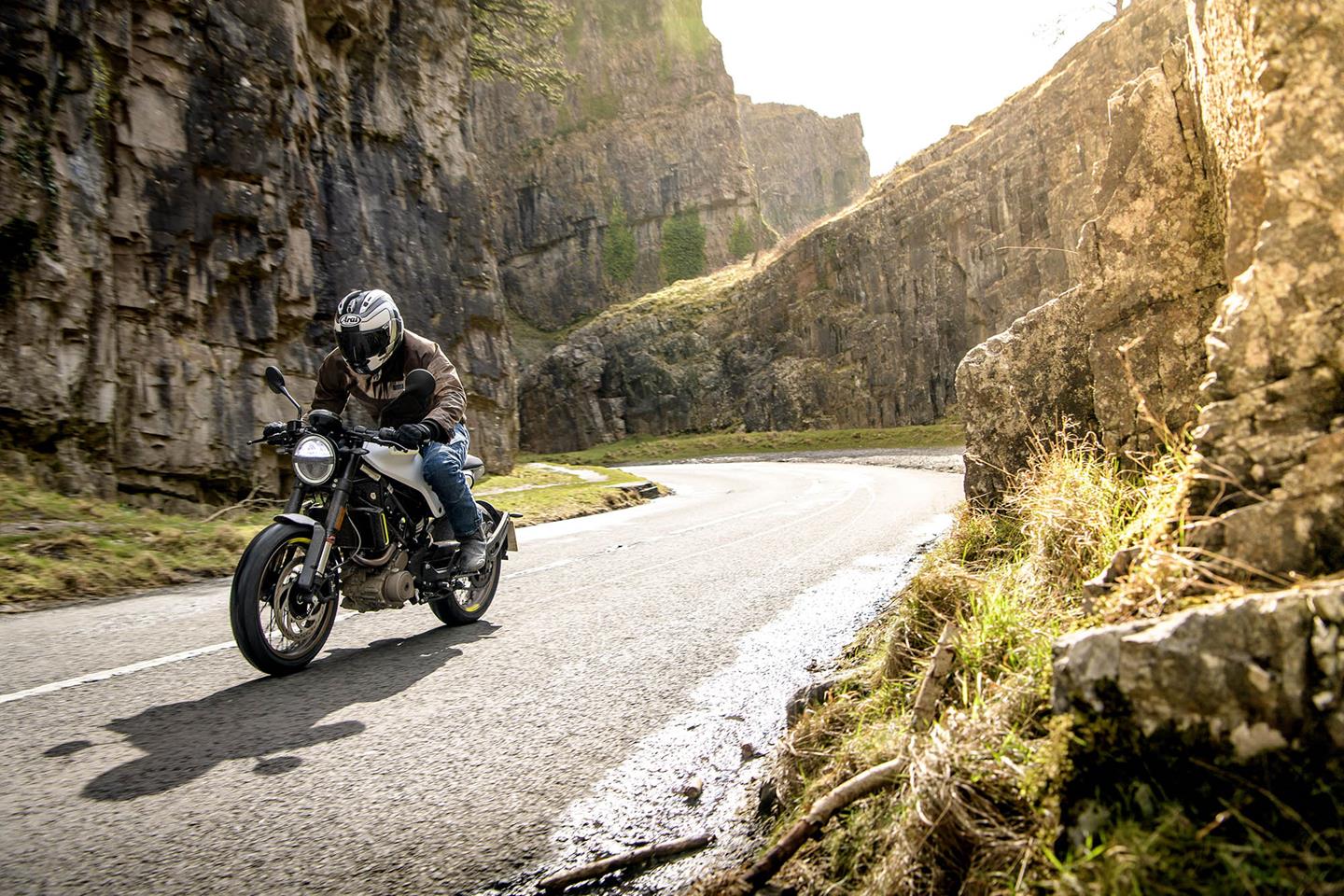 The Duke’s 375cc single has enough grunt for urban use and its ride-by-wire throttle is spot on in terms of feel and connection. The gearbox is a little on the clunky side, but it’s nothing that will ruin the experience for newer riders.

The 390 Duke is a known quantity and Husky have wisely decided not to alter its motor at all, so there is little to complain about. 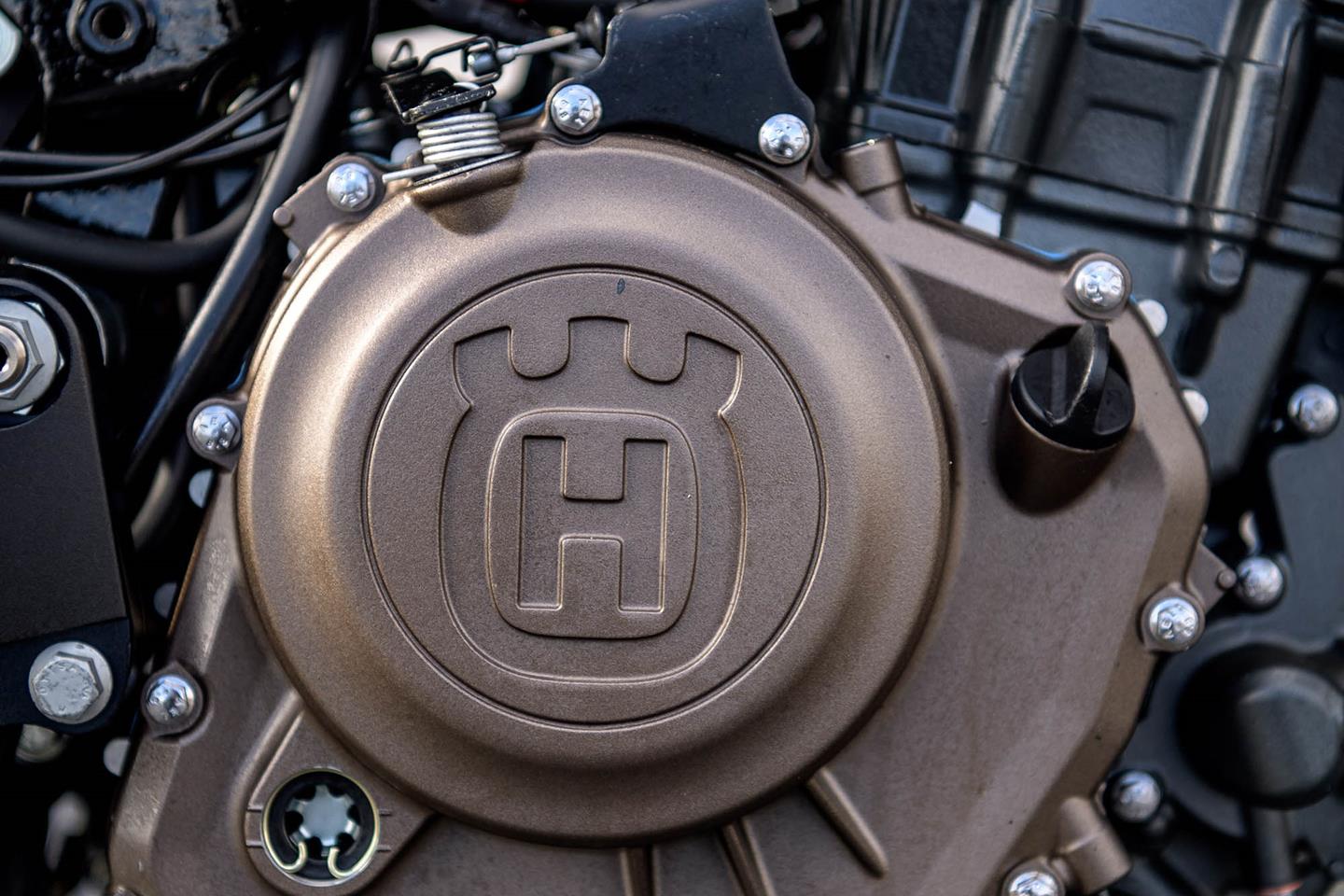 The KTM 390 Duke owner reviews indicate it's a solid machine that is now in its second generation, so there is little to suggest the Vitpilen will be unreliable.

Although many of its components are manufactured in India, the actual bike is assembled in Austria, which is reassuring. 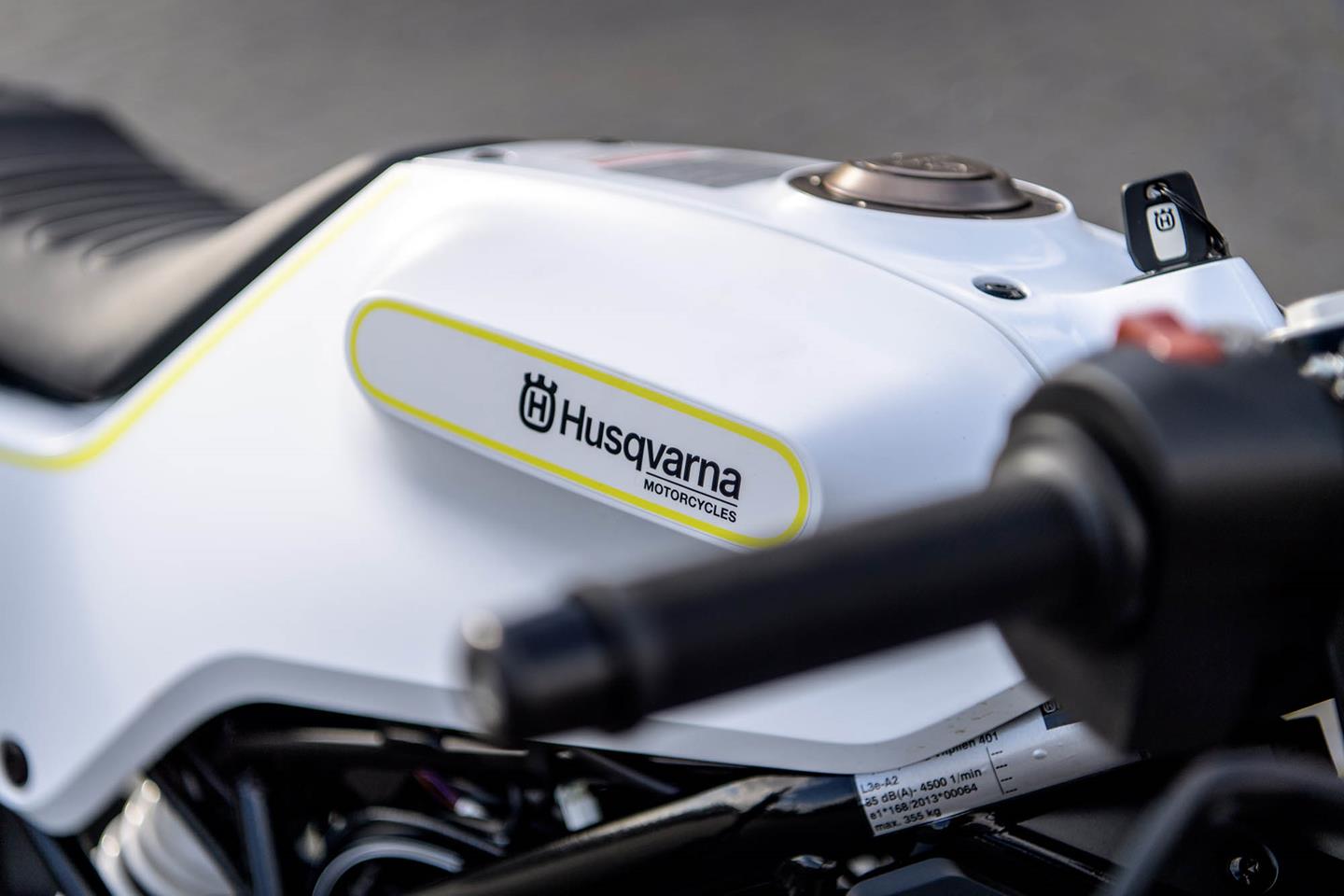 Husky claim potential buyers will be prepared to pay a premium as the Vitpilen is a lifestyle product. The problem with this is that it costs £900 more than the KTM 390 Duke, despite sharing most of its components. 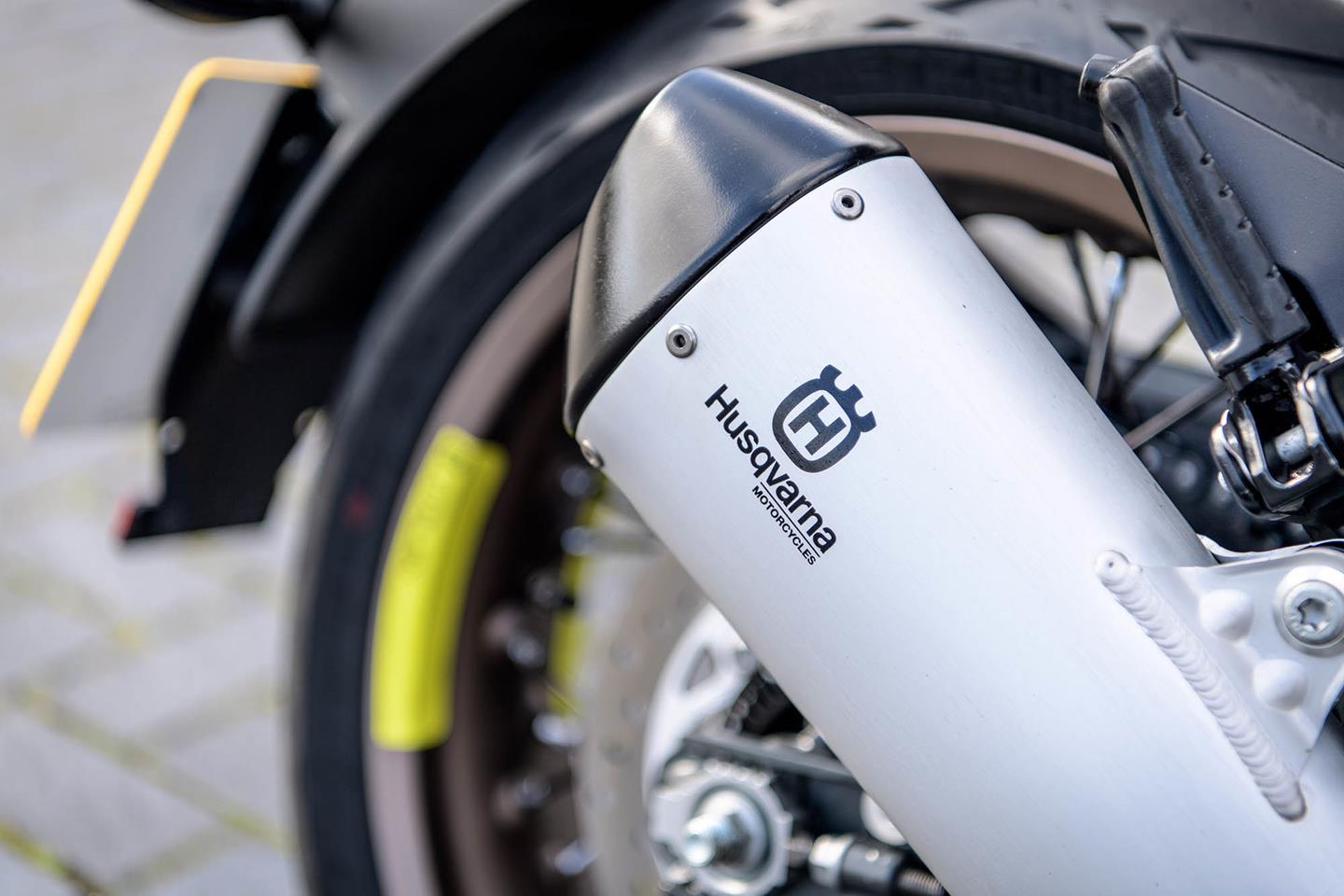 The Vitpilen comes with some neat features such as a slipper clutch, Bosch ABS, WP suspension, radial brakes and Metzeler M5 tyres. However, unlike the Duke its dash isn’t full-colour and lacks connectivity – that said it does have a gear indicator and fuel gauge. 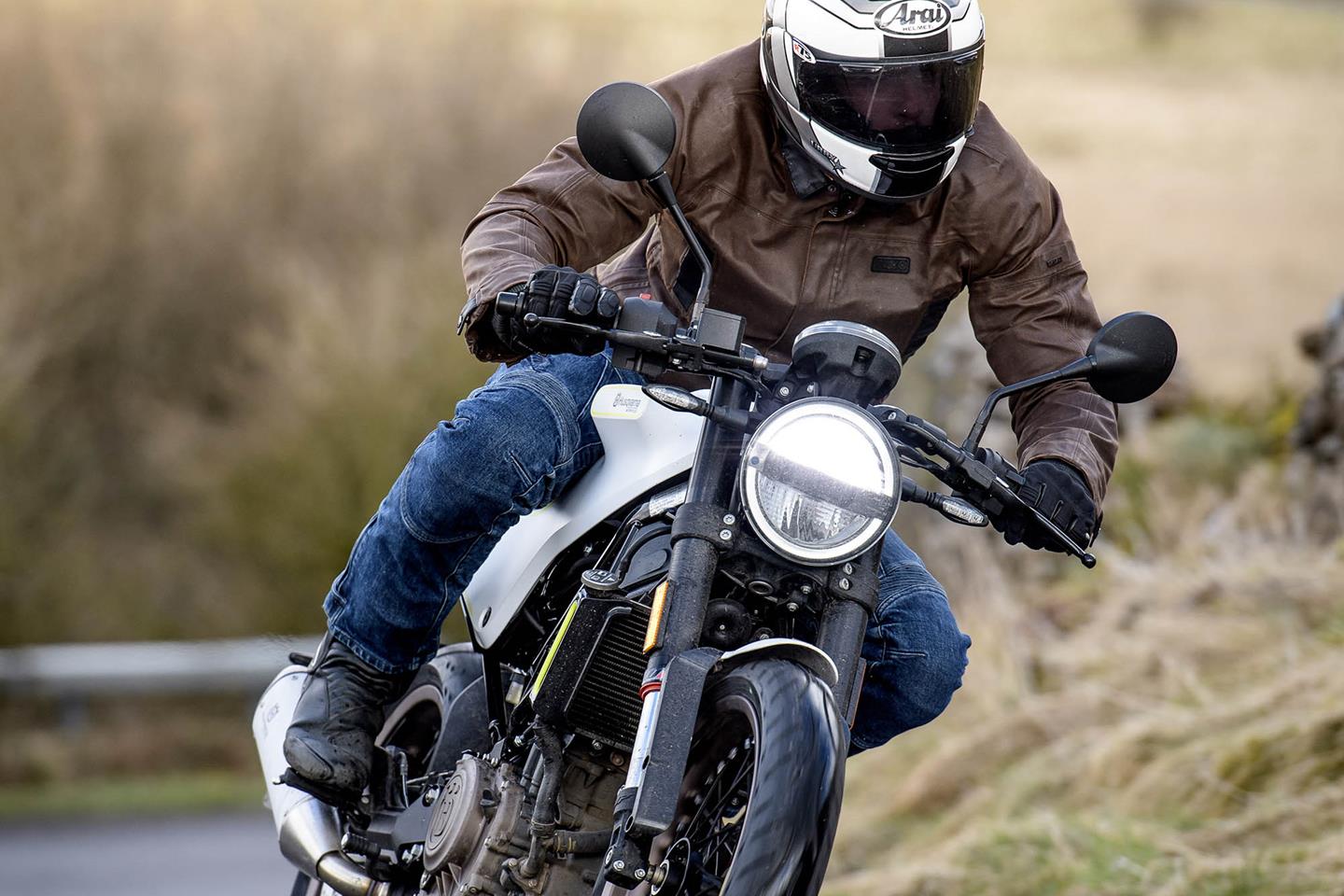 HUSQVARNA VITPILEN 401 for sale with MCN

The Svartpilen 401 is urban enduro styled with Pirelli Scorpion Rally tyres and high bars. It comes in black where the Vitpilen is white.

1 owner has reviewed their HUSQVARNA VITPILEN 401 (2018 - on) and rated it in a number of areas. Read what they have to say and what they like and dislike about the bike below.

5 out of 5 Superb bike for a weee thrash although have taken it on 300mile trips no bother. Comfy.
17 December 2021 by Ken Mercer

It's such an underrated bike. Can sit with 1000cc bike most of the time. You tend to thrash it everywhere. That's what it is all about. The quickshifter and fully adjustable WP suspension is superb. Handles great. Great brakes. A lot bigger a bike than you think. I love it.

Superb. It is surprisingly comfy

Not got any fancy dash stuff

Back to top
Advertisement