In 1991, a 23-year-old Bernard Adams was made redundant from his IT job, and took over a money-losing council bike training scheme, run from a shed.

Now 45, he runs probably the biggest rider training franchise in the country, with 11 branches across England.

While many competitors struggle to survive difficult times, Cam Rider continues to expand.

MD Adams says anyone with £20,000 can set up a training scheme in six months. Making it a success will depend on having read his rules.

1. Don’t rush
Some courses offer to get you ready for Driving Standards Agency instructor exams in a week, then off you go and start up a training scheme. Avoid them. I find it flabbergasting. How can you possibly be a competent instructor after one week? People can actually learn to pass the exam in that time, and may start with a good deal of natural ability, but really you need a bit of an apprenticeship. We have quite a rigorous training scheme for instructors. We get them to a point where they can pass the exams and be competent to basic instructor level in about six months. To be a senior instructor takes three years. There’s no substitute for experience. Would you be happy having an airline pilot with three months’ experience? A basic instructor can expect to earn £18000 to £25000. 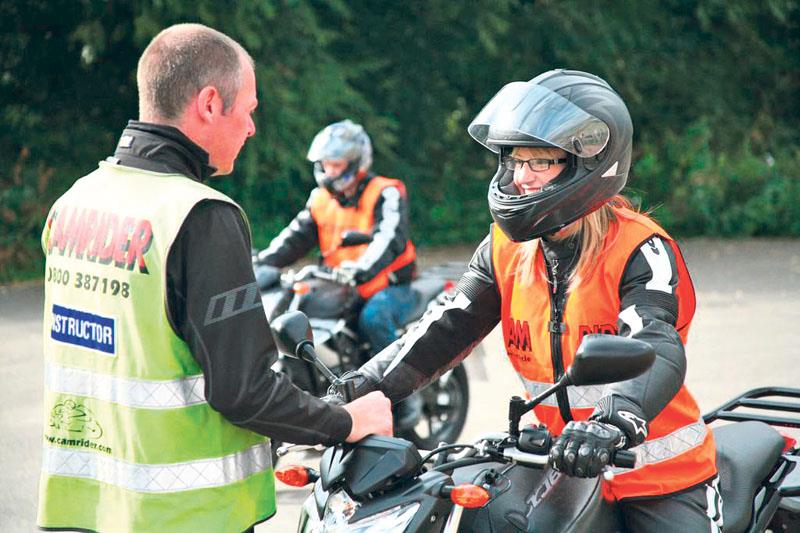 2. Open a franchise
There are two ways to run a motorcycle school. You can go it alone or run a franchise. It’s a hard road for a one-man band.  I was fortunate that I did it at the right time. It’s not something I’d want to try again. My business now is a franchise which benefits from the economy of scale. Nearly all the bookings are taken by the team in Cambridge. That means the calls get answered, and there aren’t people unhappy because they’re answering a phone alone in a container in a car park.
As a franchisee you get support. We’ve got a chap in Bedford who set up a year ago is doing well. A couple of months ago a white van pulled out without warning and broke his leg. Within 12 hours we had two instructors up there to run the business uninterrupted. We’re not-for-profit, which means everyone takes a wage, not a dividend.

Only some franchises will give you that support. Sometimes it’s just use of the name. Talk to the other franchisees first to see how the set-up is. If the franchisor doesn’t want you to meet a franchisee alone, get worried.

3. No bikes, no business
Anyone can set themselves up as trainer within six months for under £20,000, but you need a business model which allows motorcycles to be replaced. A lot of people will buy the bikes, run the business for two years undercutting everyone else and then find they can’t renew the fleet. So then they run ropey old motorcycles and the customers are unhappy and they start losing money. After three years they say “I can’t do this anymore.” And they’ve spent a few years miserable instead of happy.

4. Innovate
Technologically we’ve always been quite ahead of the game. We were already at setting up a website by the early ‘90s. We were using email years before anyone else was. We had databases when people didn’t even know what they were. If you look at our website now, you’ll see we’ve got tools that let you practice your theory and hazard-perception test. We’ve developed these ourselves. We’ve got phone apps that we developed ourselves. Try to innovate. It’s a matter of seeing what the future holds and jumping into it before others.

5. Strike the right balance
It’s a tough industry at the moment, in a trough following new licence rules in January. There was a bow-wave of customers before that, and now we’re in the wake. Some companies have seen a 60% fall in business. It should pick up but survival is matter of controlling costs while still meeting customers’ needs. Our customers will sit in warm classroom with tea and coffee and a brand new Yamaha XJ6 waiting for them. An XJ6 fitted with proper crash bars that we’ve engineered to protect it if they drop it. 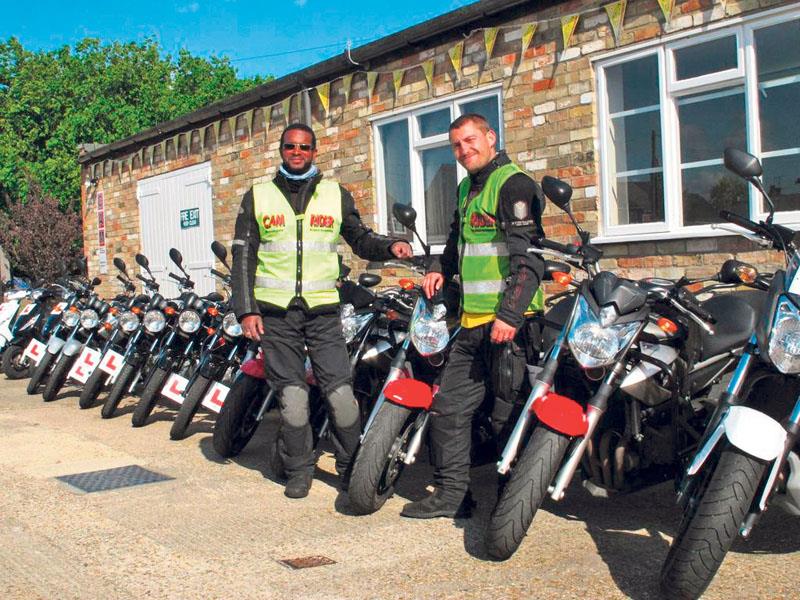 6. Expect some crashes
We train over 2500 people a year. We will see crashes. I think the worst injury has been a light fracture. What tend to create accidents are people progressing too quickly. You have to be ready to take them back half a step if necessary. But you’re going to get the occasional sprain or bruising. That’s motorcycling. We’ve had bikes written-off several times over the years. You have to factor that into your business model.

7. Crash-proof the bikes
Even if our bikes go down at 30mph, you pick them up and they’re absolutely fine. The majority of crash protection, the mushrooms or horizontal bars, are not particularly good for the rider. When the bike goes down they provide a pivot point for the bike to rotate and flip in any direction. Ours have a vertical and horizontal bar on each side. If they go down, they slide to a halt.

8. Do things right
I’ve come across some horror stories. A chap came to me once and said he wanted a franchise so he could become a millionaire. He thought this was possible because he worked for a school in London that was putting 30 people through Compulsory Basic Training a day. But it turned out those CBTs only lasted an hour each, which is completely illegal - they have to last at least two hours on the road. There may be times when money is tight and you’re tempted to run one CBT a little short to fit another in. But as soon as you’ve broken the rules once, you can’t buy your integrity back. Staff will never trust you again. 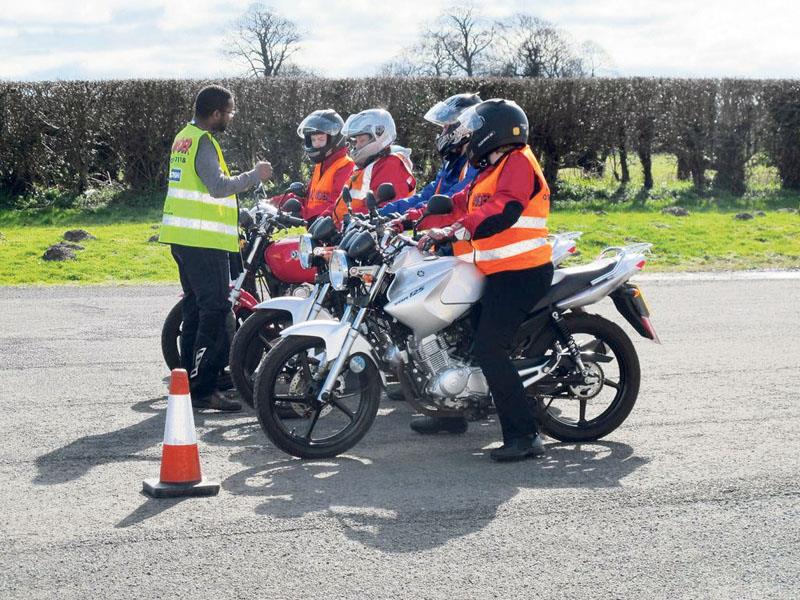 9. Honour thy taxman
Always make sure every penny of your tax is paid and your book-keeping is immaculate. If you don’t, it will come and bite your arse. I’ve had a book keeper and accountant from day one and never had any problems but I know plenty of people who’ve faced going out of business after a visit from the taxman.  Also, get a good lawyer so that when you enter contracts and employ staff, you do it right.

10. Pay staff before yourself
Back in 1991, there would be times when I wouldn’t have the money to pay both myself and the staff. They got paid. A company isn’t its bikes or assets or building. It’s the staff. You must value them, and be very careful who you choose to work for you.