Even back in the seventies BMW was battling the idea its bikes were just for old men. So in 1977 it signed up professional stylist Hans Muth to create the ultimate sports tourer. The result was the R100RS.

The fact that the R100RS remains one of the most practical long-distance mounts to this day is testament to the brilliance of Muth’s wind-tunnel-designed, nine-piece, frame-mounted fairing that transforms the underpowered boxer engine and conservative chassis into a serious touring package.

The top speed of around 125mph was impressive, but it’s the ability of the R100RS to maintain a 100mph cruising speed for hours on end that makes it a true classic.

Although expensive when new, prices of the R100RS – and of its first cousin, the 1979-on RT – have stabilised and a riding experience that was once the preserve of the well-heeled can be yours for between £2000-£3000.

The RT shares the same engine and chassis as the RS, but has a more upright riding position, with a larger fairing and screen, and came with pannier frames to suit Krauser luggage as standard.

Maintenance is simple. Valve clearances are by traditional screw and locknut, with the opposed flat-twin engine layout providing easy access to the engine’s top end. Genuine BMW parts aren’t cheap – a pair of pistons and gudgeon pins will set you back over £400 – but you shouldn’t need too many.

Front brake
On pre-1981 models, the front brake master cylinder is mounted under the fuel tank and operated by cable from the handlebar. A 1981-on Brembo handlebar-mounted master cylinder (and longer brake line) is a good retro-fit modification.

Valve gear
Be suspicious of any engine that is too quiet at the top end – it could be valve seat recession, causing clearances to close. If that occurs, the valves will burn out.

Gearbox
The selector spring on pre-1980 models can break. You have to strip the gearbox to replace it. From 1980-on, the 7 series ’box has a redesigned selector mechanism that’s much better.

Wheels
Early cast front wheels on the 100 series bikes (with 19in front wheels) sometimes developed cracks where the ‘spokes’ join the hub. BMW recalled the affected wheels in 1983 and fitted stronger replacements with extra webbing.

Servicing
Frequent oil and filter changes – every 5000 miles – are the key to long engine life. Always use a genuine BMW oil filter. Grease the splines on the bevel box drive regularly, too. 200,000 miles isn’t unheard of.

Bodywork
Larger fairing parts are no longer available new for the RS or RT, but there are plenty of used parts around and Motor Works often have tidy used fairings and parts
in stock. 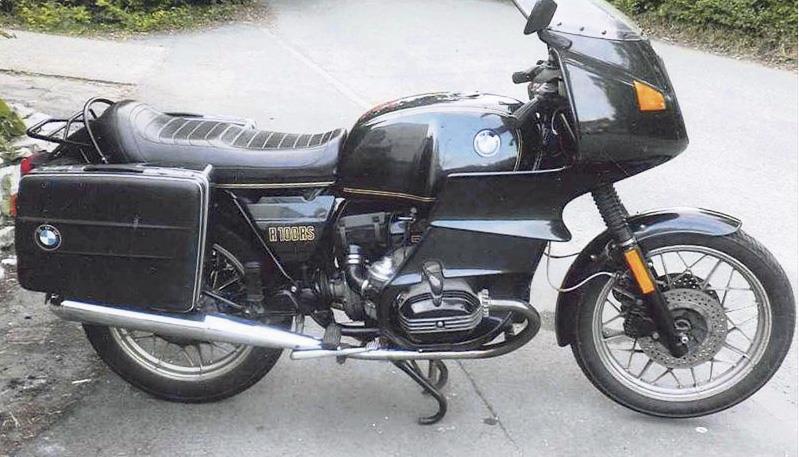 BMW R100RS, £2650
1984, limited-edition, 34,000 miles. Nice original bike. Comes with panniers and workshop manual.
MCN says: This looks like a well looked-after bike and as it's one of the limited-edition models, is worth getting hold of. Good price too.