When KTM introduced the 1190 RC8 in 2008, its specification promised so much. 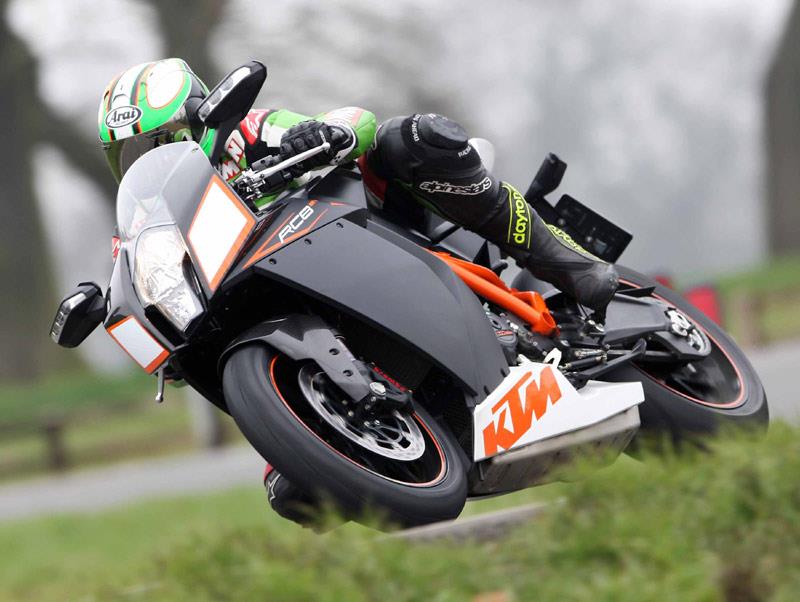 With this potent lump bolted into a taut, lithe chassis and dressed in sharper than sharp clothes, the RC8 became a serious rival to Ducati’s 1098 series.

In 2009 KTM went one further with the introduction of the RC8R; a ready to race version of the RC8, complete with more cubes (1195cc), horsepower (170bhp) and revised chassis components.

Such detail changes like these are precise reasons why V-twin lovers (including me) go into meltdown.

Come the time of the RC8R’s world press launch at Portimao circuit, Portugal, I was in a heightened state of excitement.

Not just from the thought of running riot with a 170bhp, V-twin, but, believe it or not, something as simple as the bike’s styling.

It is so modern and purposeful in looks it makes everything else look dated by ten years.

I’ve now ridden an RC8R on several other circuits and racked up a lot of road miles, and my opinion of the bike has stretched further for the better: it is a serious corner-mashing, high-speed projectile that makes me laugh every time I open the throttle.

The engine is an all alloy demon. It launches the chassis and rider out of turns with seriously deceptive stomp – deceptive only because the engine revs so much slower than an in-line multi and the chassis keeps it all under perfect control to give a feeling of wellbeing.

But then there’s also a heady top end surge that makes sure the RC8R carries its explosive delivery down the next straight.

Suspension is the best WP has to offer for a road bike and any adjustment is noticeable – if your local roads are anything other than runway smooth then the firm damping really needs backing off, which is something different from the norm.

But this still doesn’t detract from your cornering pleasure: still sure-footed with enough feedback so you can actually feel the rear tyre digging in under acceleration.

Other details like height adjustable subframe, rear ride height and footpegs are no less important and go towards tailoring the bike to each rider.

Not forgetting the Brembo brakes – not that you will after the first major speed-killing stroke of the lever.

In a nutshell: the RC8R is a Ducati beater in every way. And this is written by a Ducatisti… 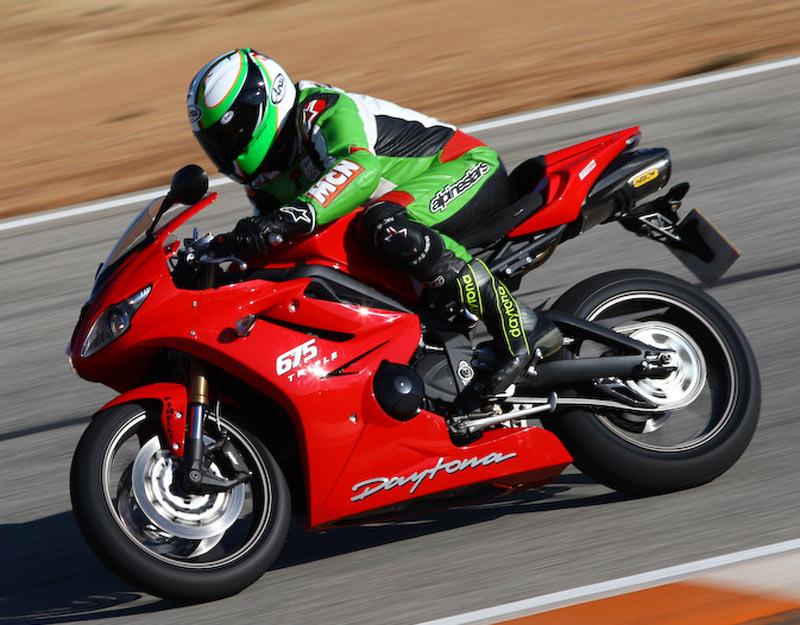 Slight but irritable details like the slow action gearbox, asthmatic power in the upper two gears and the harsh feel from the engine when worked hard spoiled my view of the bike.

In 2009 Triumph rolled out its updated version on Spain’s tight and twisting Cartegena circuit.

Its track performance was only bettered by its ability to make the rider smile equally as much on the open road.

We can thank the torque-producing triple engine for most of the fun it gives, and the superb chassis for the rest of it; from brakes to suspension to the easy to live with riding position

In all the 2009 Daytona 675 is a brilliant middleweight machine, enabling any rider of any experience to ride any type of road at a pace he is happiest with and still feel in control. And it looks a piece.

BMW’s idea to take the successful large capacity GS trail-monster and shrink the concept into a smaller capacity version was simple, if a little delayed.

Enter then, the F800GS, a similarly brilliant and affordable go anywhere mile-muncher. 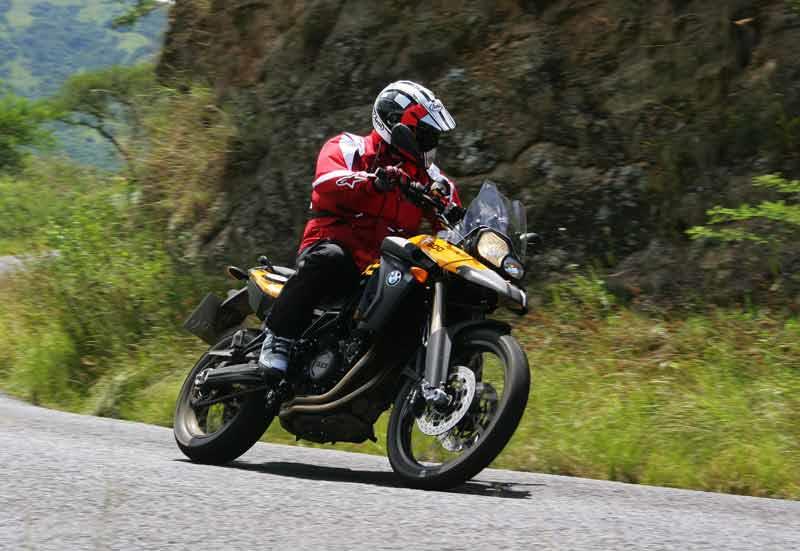 The F800 GS doesn’t use the tried and trusted Boxer engine, but rather the new and very acceptable parallel twin now used in four other models (F800 range, and the lower capacity F650GS).

The 798cc engine is brilliant for light off-road duties because of its low rpm torque. The upper rev power of 85bhp makes light work of motorway jaunts, which at a steady 70mph(ish) will easy return 60mpg and more, which is good news considering tank capacity is only 16-litres

The 21in wire spoke front wheel is not a styling exercise but the norm for retaining steering control when riding off road, and also makes light steering through town.

Comfort is excellent, as you’d expect from a distance-going BMW. But what really floats my boat is it looks the part of a big trailie (huge road presence) and does the same job of getting from A-to-C via B in comfort.