The global financial crisis seems to have hit the Japanese motorcycle manufacturers the hardest.

There’s very little to get excited about from them next year except for Kawasaki’s funky Z1000.

One notable exception is the Honda VFR1200, but it’s clear it doesn’t live up to the hype, so doesn’t make it onto my top five new bikes list of 2010.

Thank god for the European manufacturers.

A special mention has to go to Norton and its new Commando range. It’s great to see the British name back with a vengeance and that they go as good as they look.

The Norton’s cost and exclusivity is the only thing stopping it from making my top five. 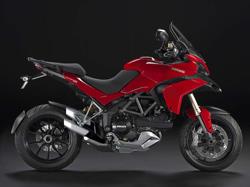 This is going to be epic. The Multistrada looks like it could have the lot: a comfy riding position, excellent performance, superb handling and bags of practicality. There are also technical innovations like the different modes to choose from that alter traction control, power delivery and suspension settings, all at the touch of a button.

For what you get it’s superb value for money and it’ll have bulletproof reliability to go with its long service intervals, so it’s not going to cost a fortune to run.

There’s still a perception that Ducati’s are poorly built and break down, while BMWs are solid and reliable. That’s just not the case nowadays, in fact judging by the number of complaints we’ve seen about problems with the BMW R1200GS, I’d say the opposite is true. I ran a Ducati Streetfighter this year with trips to Europe and thrashes around racetracks this year with zero problems.

If the Ducati Multistrada follows in the footsteps of the utterly brilliant KTM 990 SMT, which it looks like doing, it could be the perfect all-rounder. When you look at what that can do, it makes big adventure bikes and traditional sports tourers seem utterly pointless and redundant. 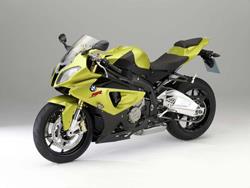 It's going to be a close call between BMW’s new superbike and the Ducati Multistrada for the top bike of 2010. Producing a true 183bhp at the rear wheel it’s head and shoulders more powerful than its rivals, you can spec it with a sophisticated traction control and ABS system and a quick-shifter, and it comes with decent tyres out of the box, which Japanese bikes don’t.

In the flesh it looks seriously purposeful, compact and has more in common with an ice-cool M series car than the stuffy image conjured up by conventional BMW motorcycles.

We’ve just tested the S1000RR against its Japanese inline four-cylinder rivals and it beat it them all hands down (edit as necessary!) 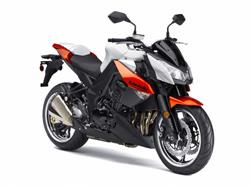 The most exciting Japanese bike for 2010 is a naked, that’s never happened before! In the absence of a completely new Blade or ZX-10R, and with the GSX-R1000 and R1 still to run unchanged for 2010, it rests on the shoulders of the Z1000 to do the business.

I recently rode the Z1000 at its launch in Spain and it’s very good. It’s easily the best ‘super naked’ to come from Japan, but still not in the same mental, urgent, lightweight league as machines like the Triumph Speed Triple, KTM Super Duke or Ducati Streetfighter.

Fast nakeds like this are starting to make more sense than sportsbikes on the road these days. The Z1000 has the performance to easily hang on the coattails of a superbike on the road and when you just fancy mooching about slowly, you don’t feel the need to wear full leathers.

This is an excellent bike, and it should do well, although I’m not too sure on the snakeskin seat version! 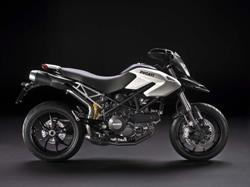 This ‘baby’ Hypermotard is actually better than its bigger 1100cc brother in most ways. The main plus point is that it’s cheaper, but on the road it’s every bit as quick from A to B thanks to a superbly balanced and easy to use chassis and a punchy 803cc V-twin engine. Why it’s called a 7967 and not an 803 is beyond me too.

It’s great around town and fun in the twisties and the best bit is the slipper clutch. It smoothes out the pitching back and forth from the big twin-cylinder engine on and off the throttle, as well as smoothing out corner entries when you’re punching down through the gears. I think Ducati should put slipper clutches on all their models, it makes a big difference.

With little suspension adjustment, it may be limited on the track and you only have to look at the thing to see it’s not a long distance cruiser, but for the rest of the time it’s perfect. It’s affordable and the ideal way to get your foot on the first rung of the Ducati ladder. 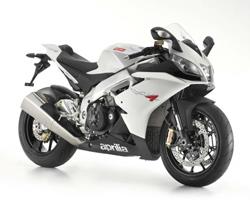 This is the base spec version of the tech-fest, carbon-clad, lightweight Factory model, but it’s still a cracker, just the same.

With the much publicised, and quickly resolved, engine failures of five of its test bikes at its world launch, you can pretty much guarantee that an RSV4R will never blow up again, ever!

It’s devilishly fast and its V4 engine sounds fantastic. Thanks to its compact chassis dimensions the RSV4R is agile, steers beautifully and is stable at full lean. Just like the Ducati Hypermotard 796 it looks great in white too.

It still comes with a high standard spec, like Brembo radial brakes, good quality fully-adjustable Showa suspension, a slipper clutch and a three-way power map, activated via the ride-by-wire system. The build quality is superb, with the highlights being the exquisitely-made exposed aluminium frame and swingarm and the lovely paint finish.

Like the BMW the Aprilia offers a refreshing alternative to the triad and tested Japanese superbikes.