Principally, the technology – dubbed IET, for Integrated Electric Transmission – offers the rider six gears, enabling them to balance or maximise acceleration, top speed and range, just like they would on a 'real' bike.

If it works as well as Brammo claims (and they’re pretty confident, going by the fact one of the bikes is going racing this weekend) IET restores a critical element of control over how their bike performs to the rider, the absence of which on previous single ratio electric bikes is a major hurdle to e-bike uptake. Brammo goes so far as to suggest in its promo the only thing you’ll be giving up in the switch from real bikes to ’leccy ones now is the gas.

Brammo has made the possibly far-sighted step of acquiring exclusive international rights to use IET from its proprietors, Italian R&D firm SMRE.

The four new Brammos announced today, and which all feature IET and swappable Brammo Power battery packs are: 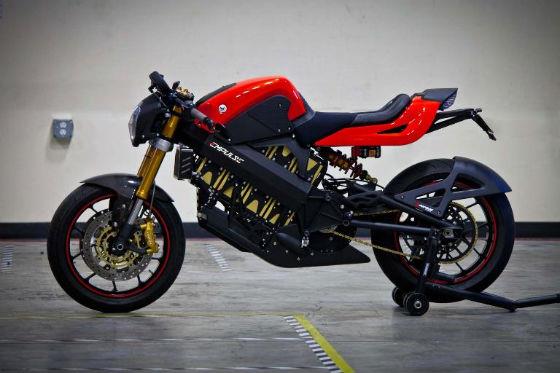 So far all pictures of the new bikes are prototypes, and range/speed claims haven’t been made.