Ducati are broadening the appeal of their Streetfighter line-up for 2022, revealing a more approachable £14,995 V2 model based on the Panigale V2 sportsbike.

It’s been almost two years since Ducati CEO, Claudio Domenicali, revealed to MCN that a lower-capacity performance naked was on the way, but now it’s here and becomes the first sub-1000cc Duke to use the SF name since the 848 family, revealed back in 2011.

Having half the cylinders of its Streetfighter V4 older sibling, the V-twin upright uses the same 955cc motor as its fully-faired Panigale cousin – meaning a claimed 151bhp at 10,750rpm and 74.79lbft at 9000rpm.

Although still mightily impressive performance figures, the new SF is likely to be more manageable than the V4, which snarls like a superbike and only truly comes alive well into prison-worthy speeds.

This is backed up by the new gearing, with Ducati opting for a shorter final ratio than the Panigale V2 (15/45 vs 15/43) for more pulling power at a road-friendly pace.

Like the Panigale, the Superquadro engine is used as a stressed member, with the head of the twin bolting to an aluminium monocoque structure, and the single-sided swingarm attaching to the back of the motor.

This swingarm is also 16mm longer than that of the Pani V2 – designed for greater stability, rather than quicker changes of direction. Further emphasis on road-going performance is highlighted by the Pirelli Diablo Rosso IV tyres, which provide all-round performance rather than track-focussed finesse.

Suspending the bike is the same set of 43mm Showa Big Piston forks and fully-adjustable Sachs shock as found on the Panigale, with the naked machine coming in at the same 200kg wet weight as the faired machine.

Also taken from the sportsbike are the Brembo M4-32 monobloc radial calipers with 320mm  discs and the riding position has focussed on sporty road use, with high and wide aluminium bars, a wider more padded seat and roomier foot pegs.

That’s not to say the Streetfighter won’t be a hoot when you take it on track though – after all it’s a Panigale V2 at heart – and when you do decide to let all 151 Italian stalions off the leash there’s a full set of electronic gizmos to keep everything in check.

You’ll also find an up and down quickshifter, plus multiple riding modes – all controlled via the 4.3in TFT dash. Further trinkets can also be added from Ducati’s optional extra catalogue, including a set of wings. Whether you truly need those with circa 150 horsepower remains to be seen.

If you want one, it’s available in dealerships from December, finished in Ducati Red with black rims. Keep an eye out for the 2022 Ducati Streetfighter V2 review on MCN. 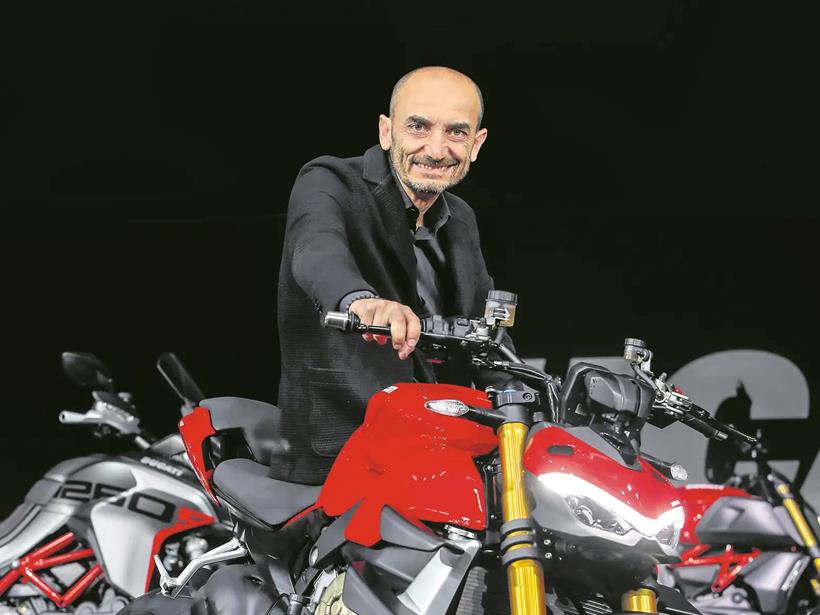 Ducati CEO, Claudio Domenicali, has revealed that a lower-capacity version of their Streetfighter V4 is planned, in an exclusive interview with MCN.

When asked if the Italian firm’s new 205bhp V4 naked bike might alienate some riders with its extreme performance, Domenicali said: "We now have the Panigale V2 that makes 155bhp and puts you in the range where you can experience exciting sport riding without being extreme and we would like to have naked bikes in different categories, too.

"The Streetfighter V4 will remain at the top and then have other motorcycles where you get the same sports feeling with less extreme performance. We are thinking of a very interesting new naked model that will come sooner rather than later."

The Panigale V2 replaced the 959 as Ducati’s middleweight sportsbike and impressed MCN Chief Road Tester, Michael Neeves who said: "No current sportsbike offers such a blissful blend of power and handling or goes to such lengths to flatter its rider." 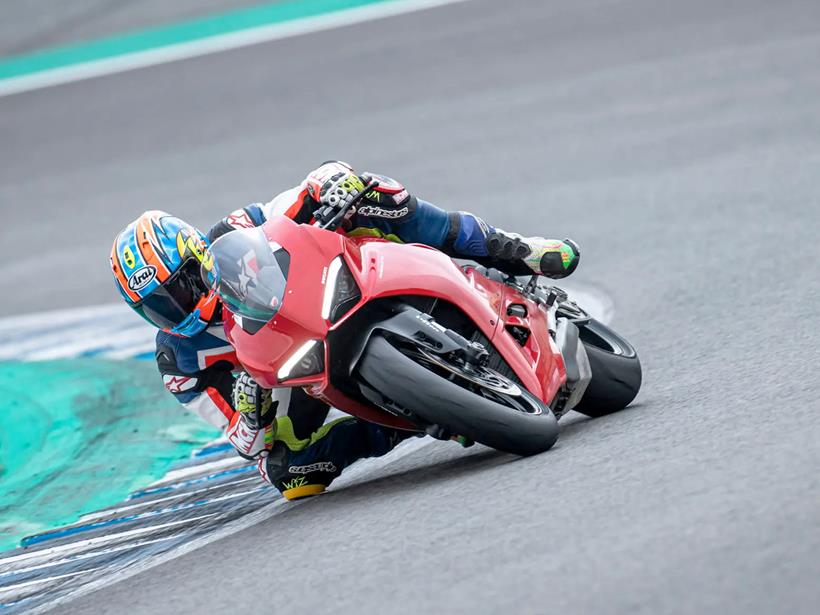 Given that the Streetfighter V4 is a Panigale V4 with flat bars and no fairing, we would expect a Streetfighter V2 to follow suit and carry a lot of its sporty sibling’s spec over.

It would also mean a quickshifter/autoblipper, electronic engine braking control and MotoGP-derived anti-wheelie and traction control now seen across the Panigale range.

A smaller-capacity Streetfighter shouldn't need the four aerodynamic wings it takes to keep the V4's front wheel on the ground, either, so it could get a sleeker front end.

All signs point towards a Streetfighter V2 being something we should all be very, very excited about. The only possible fly in the ointment is how much it will cost.

That said, despite the similarities in spec between the Streetfighter and Panigale V4, the naked version costs £5000 less, a difference of 20%. If you carry the same logic to the middleweights you end up with a price of just £12,000. Where do we sign?

A side view of the 2022 Ducati Streetfighter V2