2012 was a golden year for British sport.

And then there was the euphoria and feel good factor that swept the nation during a record medal haul in the London Olympics.

It was also a memorable year for home nurtured talent in MotoGP, as Coventry charger Cal Crutchlow scored a first premier class podium by a British rider in 12 years when he finished third in Brno.

Here, Cal runs through his top five moments from the 2012 season.

1. Round 17 – Phillip Island - Second podium
“I’d come off two really bad results when I ran out of fuel in Motegi and then crashed in the monsoon in Malaysia, and a bad result in Australia would have meant the flyaways being a disaster. I felt terrible all week too with a bad bout of bronchitis and I can normally ride through pain or not feeling at 100% but there I felt really bad. 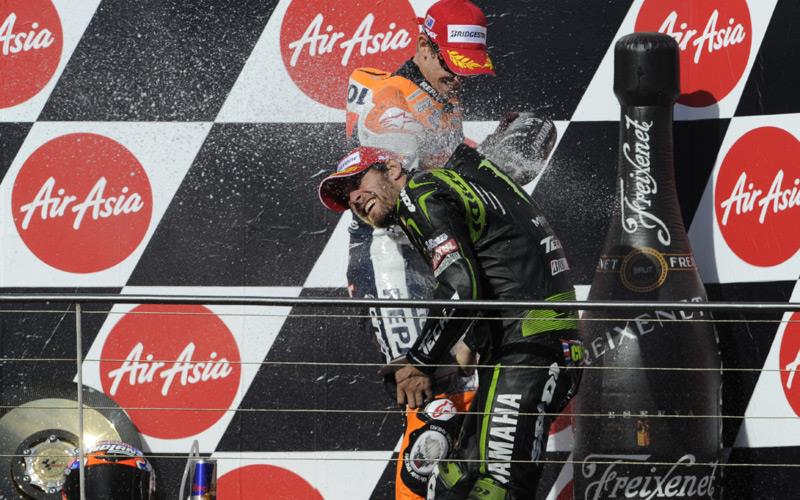 "I had a shocking chest infection and a fever of 39 degrees and I didn’t want to race to be honest. I thought I’d be a danger to myself because I couldn’t even get out of bed, so to get on the podium was a great bonus.

"I rode alone for most of the race but was fast and consistent and pulled a massive gap on the group behind me but the highlight was standing on the podium with Casey (Stoner) and Jorge (Lorenzo).

"I was up there with the fastest guy in the world who was in his last race at home and with the guy who won the world title on the same day. So that felt a bigger moment than my first podium and I will look back on that moment with a lot of pride and satisfaction for a few years to come.”

2. Round 12 – Brno - First podium
“This was obviously a massive moment in my career and something I will always remember. 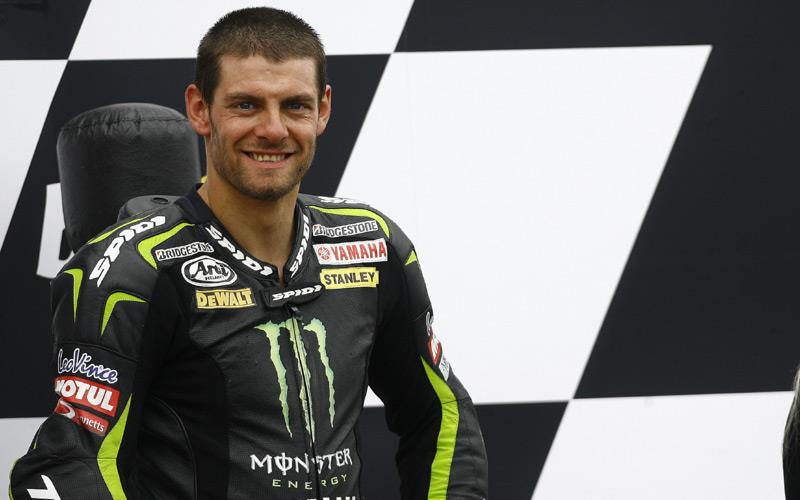 "What made it extra special was I went there on the back of my worst weekend of the year at Indianapolis where I’d just had my first DNF of the year and I was pretty angry and frustrated at that time because the whole factory ride with Ducati had fallen through.

"It was sweet because it was 12 years since Jeremy McWilliams had done it and it was me that did it. But I think all year I’d showed I was capable of it and I think by that stage I deserved it.

"Andrea (Dovizioso) had been on the podium a few times by that stage and it was a bit of a monkey off my back because I’d been knocking at the door all year and it was a relief to get that first one.

"It felt a long time coming but after the way 2011 had panned out and been such a disaster, if somebody had said I’d be on the podium this year I would have laughed.”

3. Round 15 – Motegi - Podium challenge
“It might sound a bit ridiculous to say one of my best races of the year was one where I ran out of fuel on the last lap while fighting for a podium but I was absolutely s**t at Motegi in my first year. 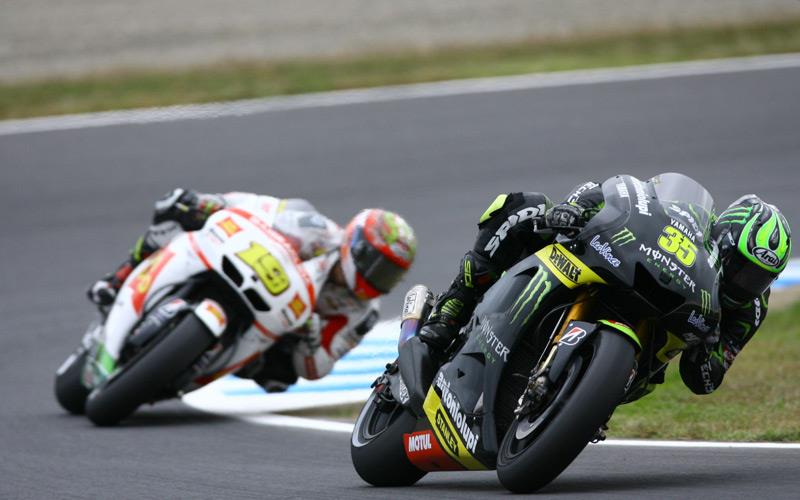 "Motegi and Indianapolis were a disaster for me in 2011, so to go there and be challenging for a podium was a real indication of how much progress I made this season.

"The Yamaha isn’t really that competitive at that track against the Honda because with the low gear hairpins the YZR-M1 hasn't got the same punch out of the corner.

"But I rode really hard and a good thing for me was Andrea is so strong there. There is a lot of really hard braking there and that’s where he is really strong. I’d struggled all year stopping into slow corners but I was a long way ahead of him before I ran out of fuel.”

4. Round 2 - Jerez – Fourth position
“I was already full of confidence at this stage because I’d had a good winter testing campaign and then got my first front row in Qatar at the first race. That was like me putting a bit of a marker down and I got fourth in that race. 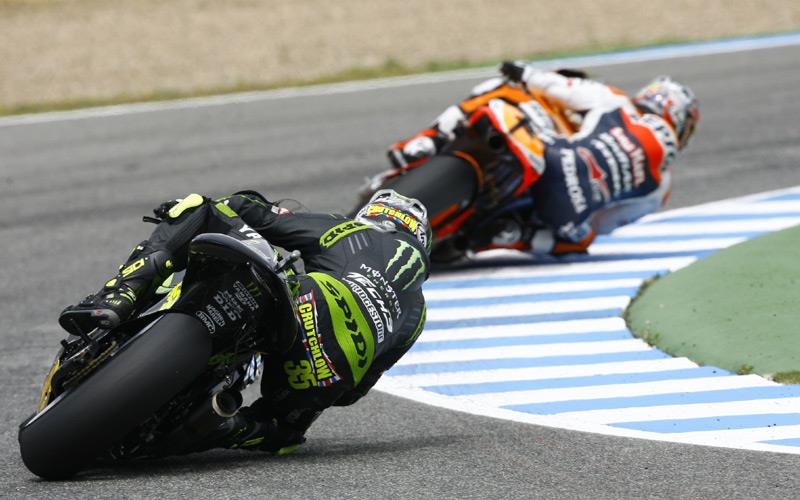 "In Jerez I was right behind Dani (Pedrosa) at the finish but the most pleasing aspect was I finished less than 2.5s behind the winner and that was the closest a satellite rider got to the winner all season.

"The conditions weren’t ideal and at one stage Casey (Stoner) and Jorge (Lorenzo) were about six seconds up the road, so to claw that back and finish pretty close meant that in my eyes that was by far my strongest race of the year.

"To be so close to those three guys in any race is a big achievement and it just helped my early confidence and self-belief and carried on the momentum from Qatar.

"I also had the fastest lap of the race, which was the first time a Brit had done that for years. It wasn’t a spectacular lap because of the conditions but to be faster than those guys when your racing for over 45 minutes is not an easy accomplishment.”

5. Round 6 – Silverstone – Sixth position
“That was one of my best and worst too because I didn’t think I was going to be able to race. I had to pass a punishing medical and some people didn’t want me to race but nothing was going to keep me off that bike. 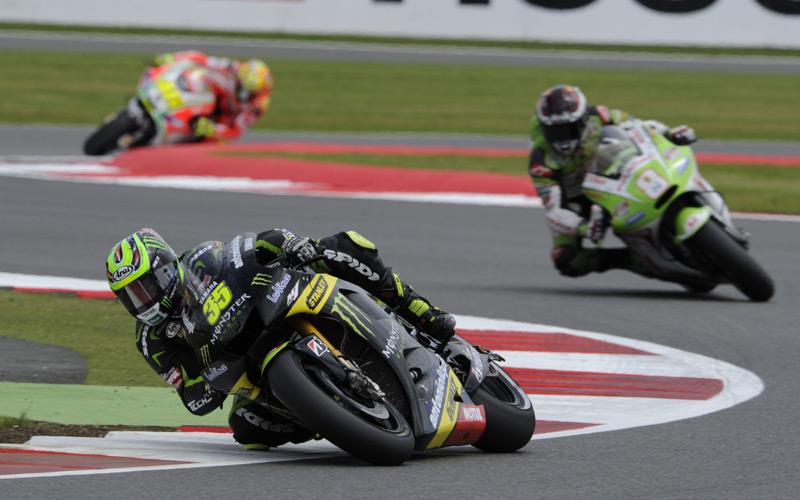 "To reward the British fans was a great feeling after the disappointment of 2011 when they’d turned up in their thousands to see me race and I wasn’t even on the grid.

"Sixth place to me is nothing special but when you do that from the back of the grid with a busted up ankle, it felt amazing because it came against all the odds

"The British fans like a trier and I definitely did that. I never gave up and it gave me a lot of satisfaction to come back through the field and beat both Ducatis.

"Actually after the race I was quite p*****d because I felt if I had pushed harder at the start of the race I’d have finished fourth. But with the injury I was too cautious at the beginning.”