2012 was a golden year for British sport.

And then there was the euphoria and feel good factor that swept the nation during a record medal haul in the London Olympics.

It was also a memorable year for home nurtured talent in MotoGP, as Coventry charger Cal Crutchlow scored a first premier class podium by a British rider in 12 years when he finished third in Brno.

However, it wasn't all sunshine and podiums for the Brit, We caught up with Cal at his U.S. winter training camp to look at his worst moments of 2012.

1. Round 18 – Valencia - DNF
“It’s never a fantastic feeling when you crash out of a podium place but even worse when there is no obvious reason why you crashed. I hit a small patch of water and that was it, bang goes my chance of getting the best result by a British rider for 23 years. I could have got sixth in the championship ahead of Valentino (Rossi) too and you don’t want to finish the season on your backside." 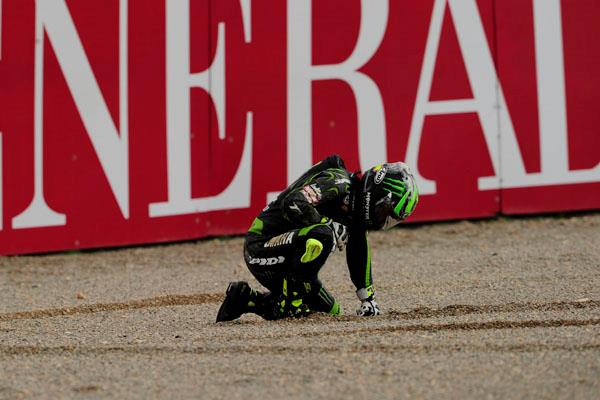 "At one stage I thought I was catching Dani but I didn’t crash trying to chase him down for the win. All you can see is a bright spot ahead of you and what I thought was Pedrosa was actually Rossi. At one stage I couldn’t see that bike but then I saw it from one end of the straight to the other. But on the lap I crashed I was slower than the lap before but it was because I was an inch to the left or right of where I had been and I hit a patch of water.”

2. Round 6 – Silverstone - Practice crash
“After missing my first British Grand Prix in 2011 through injury, to go and break my left ankle this year was a massive blow for me. It felt like my career was over because I couldn’t imagine letting the British fans down again." 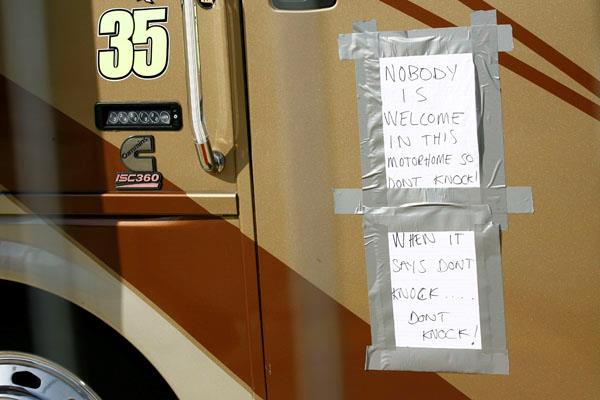 "They were gutted not to see me ride at Silverstone last year so if I’d not raced this year I’d have been lynched! It was the same as 2011 when I crashed with the left side of the tyre not hot enough. I had a day in hospital not only thinking the British GP was wrecked again but my season was going to be ruined too."

"I felt if my ankle was broken I’d miss that race and probably one or two more and you begin to doubt about how well you can come back from an injury.”

3. Round 13 – Misano - DNF
“Crashing there was a real low point because I got frustrated being behind Andrea and that got the better of me and I crashed out. The worst thing for me was that weekend was an opportunity to go with Lorenzo for a while and have a real easy second place, or as easy as getting a second place in MotoGP can be against that level of competition." 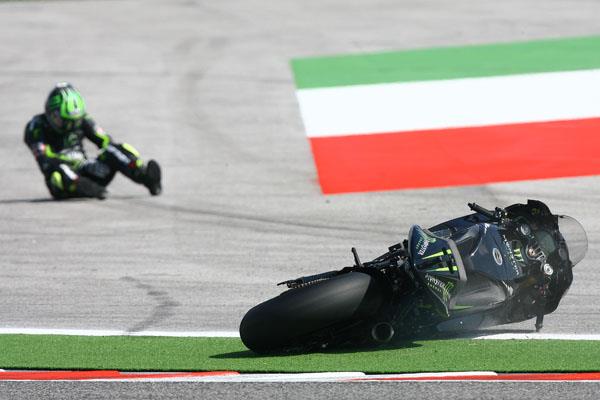 "My pace all weekend would have put me second but I got frustrated and crashed, so that was a stupid mistake of my own doing. I’m an aggressive rider but I never really get frustrated in races because I always have the self-belief that I can catch the guy in front of me. That time I let the frustration push me into a silly mistake and that won’t happen again.”

4. Round 2 - Motegi – DNF
“I know it’s on my list of best races but there’s no doubt it was one of my worst. It was nobody’s fault but to run out of fuel while battling for the podium just four corners from the end was a bit soul destroying and just about the worse thing that could have happened." 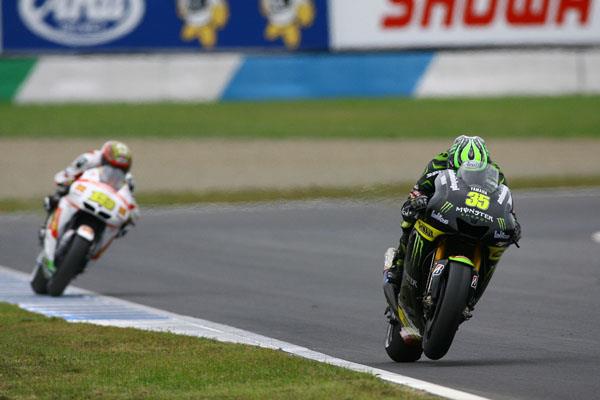 "Nobody ever runs out of fuel these days but it just so happened to be me. I have to take it on the chin even though it was a bitter blow for the championship because I dropped from fifth to seventh behind Alvaro (Bautista) and Valentino. So when you put in that much effort only to be denied on the last lap it is a bitter pill to swallow.”

5. Round 14 – Aragon – Fourth position
“I know I was fourth and I was really close to the podium, but I didn’t like being beaten by Andrea and certainly not on the last lap. I hate losing last lap battles." 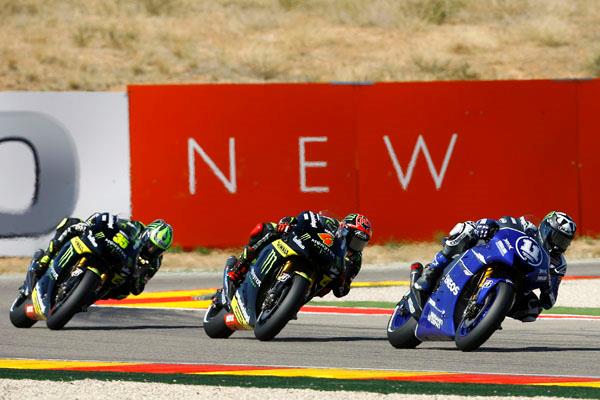 I would always back myself in any situation to do the business on the last lap but Andrea was so strong all season and nobody can take it away from him that he was the best satellite rider. I took a massive step to run with him this season."

"In 2011 on average he was beating me by 26 seconds but this year it was a lot closer. But there were a couple of times he beat me on the last lap and I didn’t like it, but who would?"