Mika Kallio will start tomorrow's Japanese Moto2 race from pole position, the Finn's first ever in the class, while his teammate Scott Redding will start in 15th as he struggles to win the title while recovering from a broken wrist.

Redding got a ray of sunshine at a wet Motegi as his rivals failed to capitalise on his injury, with Tito Rabat in 6th and Pol Espargaro in 7th, with Xavier Simeon and Johann Zarco completing the front row instead, with Simone Corsi and Indonesian Rafid Topan Sucipto also ahead of the title fighters.

Danny Kent was an excellent ninth on the Tech3 bike as he continues to find good form at the end of the season, while Gino Rea was in 14th.

Kallio said afterwards: "Hopefully it will be dry tomorrow, but it's the same for everyone and we can make good results in any conditions. When we finally got the green flag I thought 'ok now its time to push,' so I stayed out most of the session and made the best of the tyres and the conditions.

Redding will be hoping to reduce the damage that Espargaro did to his title hopes in Australia by minimising the points that the Spaniard can extend his 16 point lead by. The race starts at 0320 UK time. 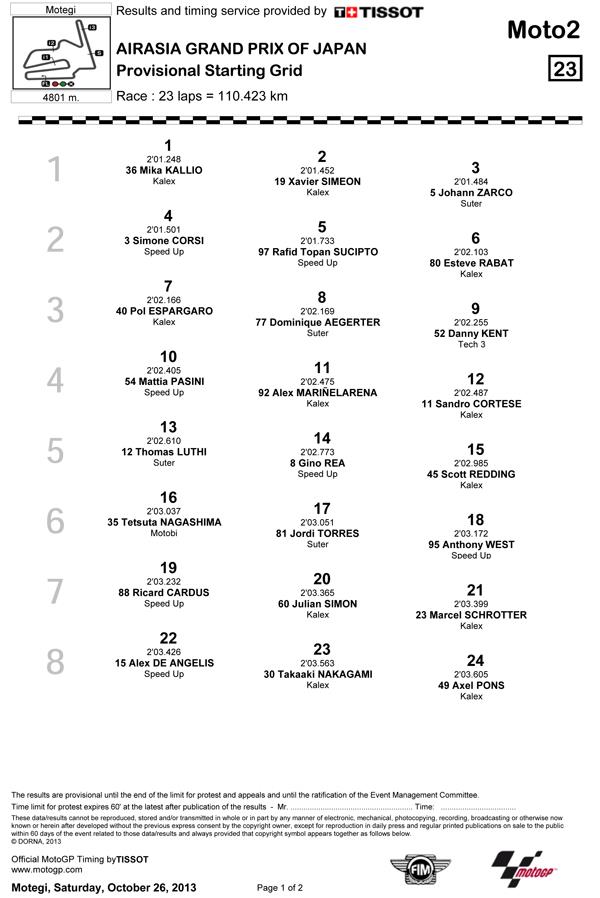