Tito Rabat has bounced back from a slow start to the day at Silverstone to take provisional pole position, after the winner of the lastround at Brno finished this morning’s free practice one back in 13th place.

He was just fractionally quicker than second placed Simone Corsi, in a session that saw a lot of the field sit out the early stages asrain fell on the Northamptonshire track.

Sam Lowes was happy after the session with seventh, saying that the team still had a lot of work to do, while fellow Brit Gino Rea wasback in 25th.

Jeremy McWilliams, making his return to the paddock after a decade of a gap, was 35th and last on the Brough Superior, halving his fifteen second gap from the leaders to just over eight by the end of the day. 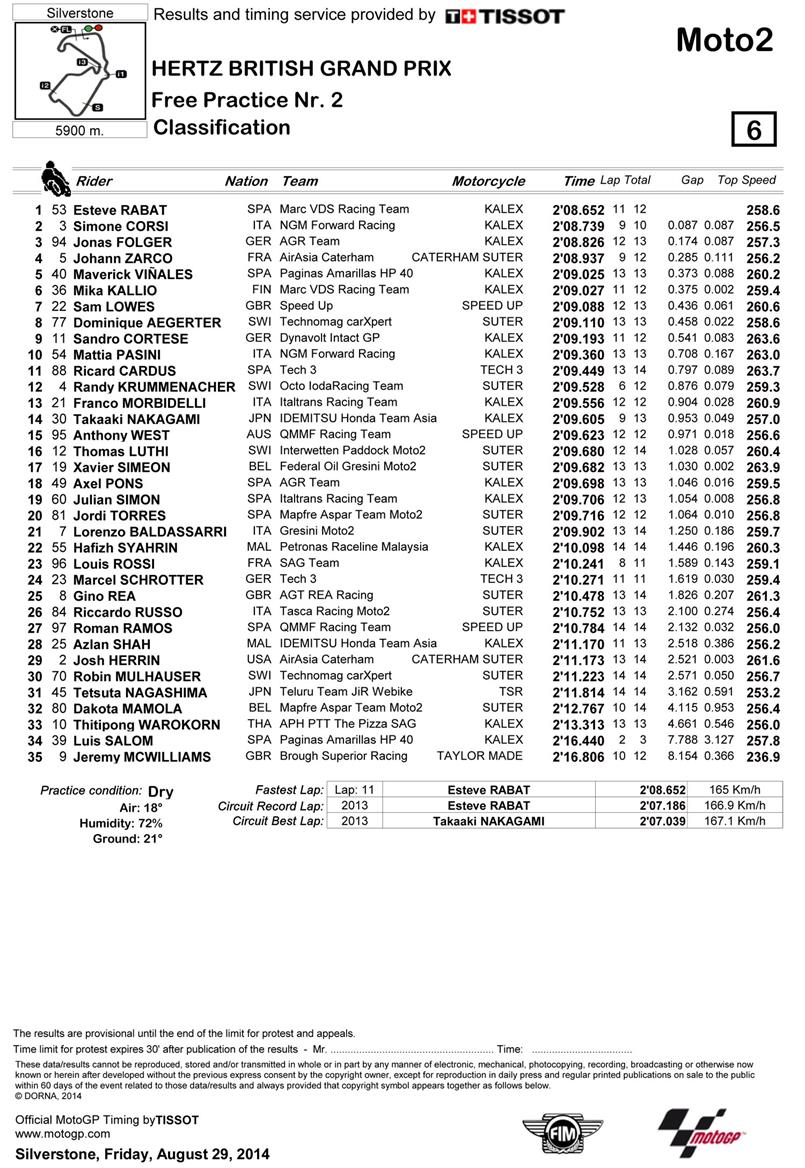