Marc Marquez has reignited the winning streak that fizzled out at Brno, taking a dominant win from Jorge Lorenzo this afternoon at Silverstone in front of packed grandstands and under blue skies.

It was Lorenzo who led in the opening stages of the race, pulling Marquez clear of the battle for third and giving the duo a lead of almost seven seconds, until, with seven laps remaining, Marquez took the lead and made it look like the race was over.

It wasn’t to be, though, and the two world champions went at it hammer and tongs, until eventually contact between the pair with three laps to go gave Marquez the lead and a gap that was just a little too much for Lorenzo to close.

Behind the pair, the battle for third was almost as close, with Valentino Rossi leading a three way battle between Andrea Dovizioso and Dani Pedrosa, the Italian only just holding off Pedrosa to take his first Silverstone podium.

Scott Redding was the best of the Brits, taking a stellar top ten finish on his production Honda machine, after battling throughout the race with the Ducati of Yonny Hernandez. Cal Crutchlow, still struggling with confidence, was 12th, with Leon Camier 16th and Michael Laverty 17th.

Bradley Smith was unlucky to lose out on a top ten finish, mechanical problems forcing him into retiring from the race at half distance.

Speaking afterwards, Marquez said: “Today I didn’t expect Jorge to be like that! I did the same rhythm as before in the early part, but I had to be careful with the tyres because of his pace. I saw in the middle that I had better pace, so I tried to make it past but then made a small mistake. I remembered last year and knew I had to make a gap!" 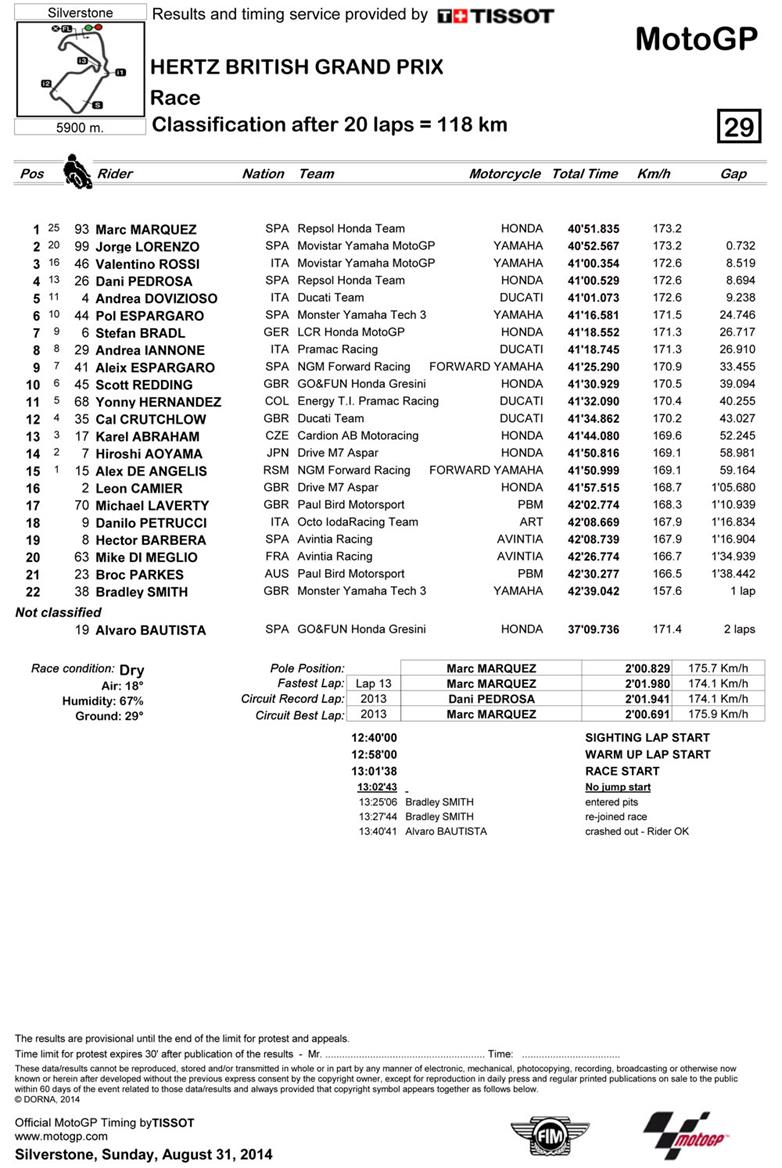