Marc Marquez has started his bounce back from Brno, where he lost his first race of the year after a ten-run streak, by taking pole position at Silverstone this afternoon, putting aside a FP3 crash to finish 0.3 ahead of Andrea Dovizioso.

“Today I’ve been feeling the crash of this morning, even though it was only a small one. We couldn’t beat the lap record, but the track feels a little slower this year. I feel good with the bike, safe with it, and now we hope for dry weather tomorrow.”

Dovizioso set yet another fast lap to bump Jorge Lorenzo back to third, making the most of the Ducati power around the fast Silverstone circuit in order to take second. The Spaniard, who has won the past two races at the Northamptonshire circuit, remained happy with his progress though.

Aleix Espargaro was the best of the open class bikes, as usual, taking the lead of row two, ahead of Dani Pedrosa and Valentino Rossi, who stuck in a late lap to demote Bradley Smith to the third row.

However, Smith remained upbeat in seventh post-session, saying that he believed that it may allow him a better race start. Scott Redding, making the step from Q1 to Q2, was eleventh, setting a flying lap only 1.2 seconds slower than Marquez’s pole.

Cal Crutchlow was 15th, as he continues to struggle with lean angle, while Michael Laverty was 20th and Broc Parkes 23rd on the PBM Aprilias. 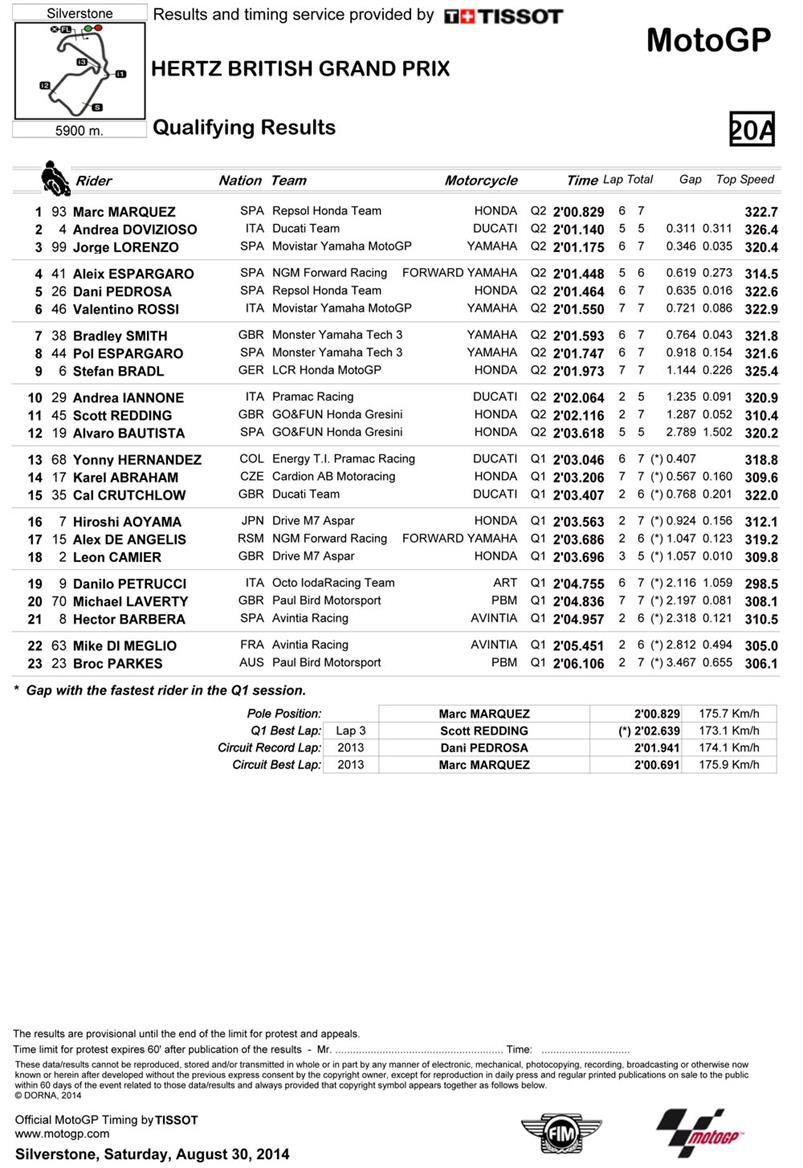