Maverick Vinales has taken the win at Philip Island to deny Tito Rabat the Moto2 title until at least next time out at Sepang. Rookie Vinales was one of a group of five riders that made an early break in the race, setting the pace at the front until the end.

Thomas Luthi was second, while despite a late mistake that left him seventh, Rabat was able to work his way forward to the final podium spot, ahead of teammate Mika Kallio and an excellent ride from Sam Lowes in fifth.

Speaking afterwards, Vinales said: “It was a great race. This morning it was raining and we did not know how it would run. Kallio has gone very fast, as always, and I knew I had to stay on his wheel. Then I saw that I could go faster and I decided to pass him. Since then I have focused my pace to score and control the development of the race with the pit board in which my team gave to me all the information I needed.”

“I want to thank the team because they did a great job all weekend. We've got the pole and victory, which represent a great weekend. Now we continue with this because I am able to win more races before the end of the season.” 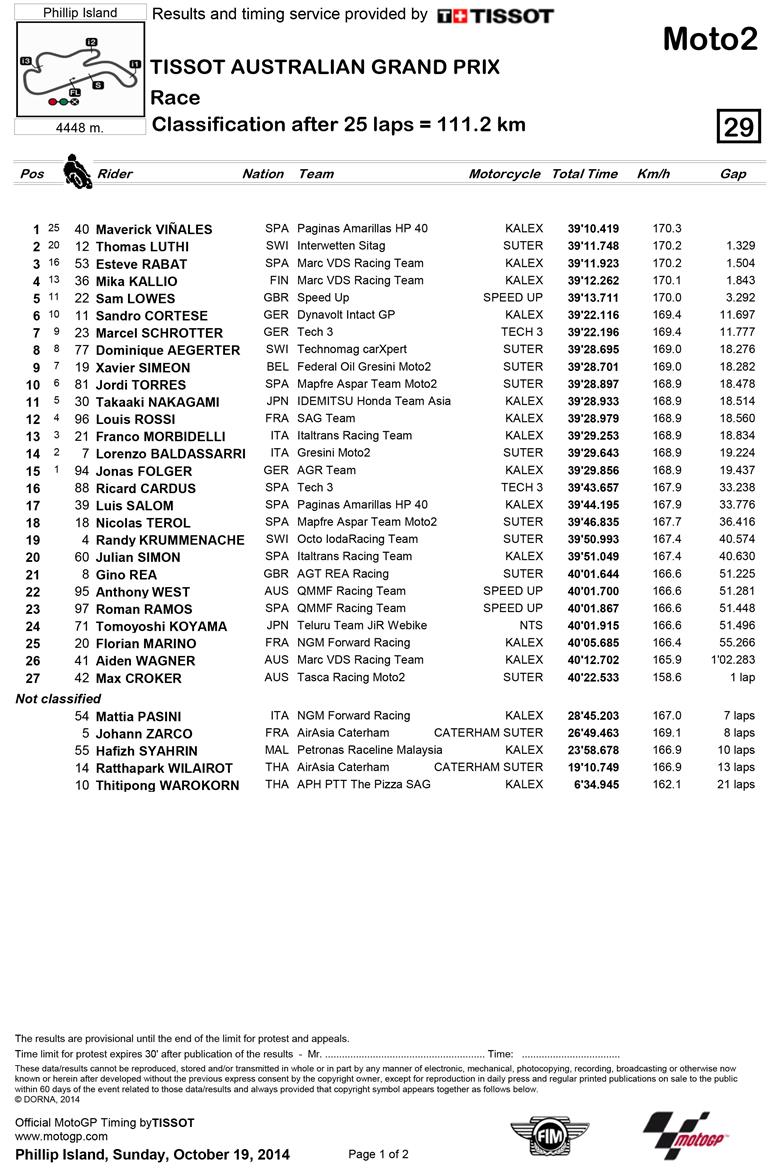