Valentino Rossi has taken his second victory of the year at Philip Island, in a race of attrition that saw only fourteen riders finish, and saw Bradley Smith take his first ever Grand Prix podium.

The early leader on track was new champion Marc Marquez, who was able to pull out a four second lead over the chasing Yamaha duo of Lorenzo and Rossi. However, with a sudden drop in track temperatures, Marquez was the first victim, crashing out and giving the pair behind the scrap for the lead.

That wasn’t to be either though, with a rapidly deteriorating front tyre dropping Lorenzo out of contention, allowing Cal Crutchlow to come through to a remarkable second place.

Unfortunately, the Brit’s hopes were also to be dashed, when he was another victim of the cold spell, crashing out of the podium place on the last lap of the race.  Lorenzo was able to hold off the privateer Yamaha of Bradley Smith to regain second, but the Oxfordshire rider took his first ever MotoGP podium in third.

It was a good day all round for the british riders, with Scott Redding just missing out on the accoldate of top Honda after being pipped to the line, but still finished an excellent seventh, while Michael Laverty finished thirteenth on the PBM Aprilia.

Meanwhile, Dani Pedrosa’s chances of taking second in the title were all but ended when a collision with Andrea Iannone forced him to an early retirement. 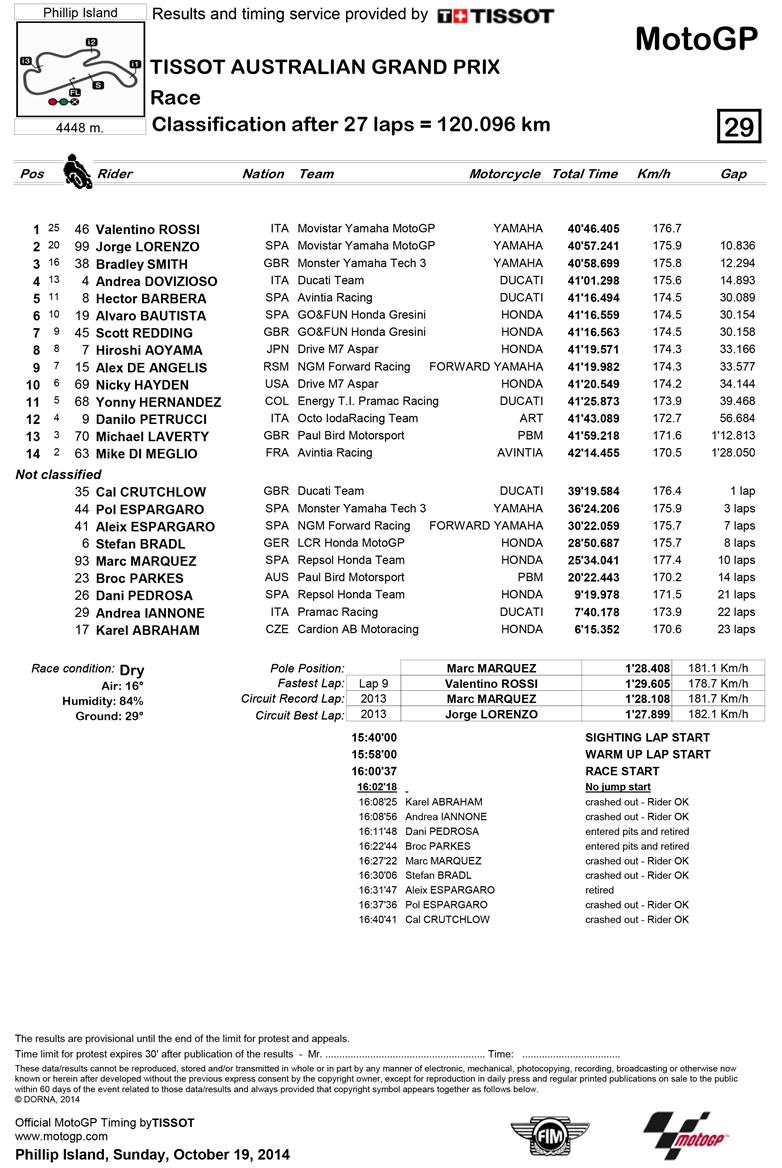