The Bingley Bullet hasn’t raced since the Isle of Man TT in 2012 as he battled through a long and arduous recovery from the horrific leg injury he suffered during a BSB meeting at Silverstone in September 2010 but he showed he has lost none of his pace as he fired in a series of late laps to grab pole from Michael Rutter on the SMT Honda by just 5/100ths of a second.

“I am absolutely chuffed.” he beamed after the final qualifying session on Friday morning.

Hutchy had left it late to make his push for pole as he was forced to sit out most of the session in the pits as his Milwaukee team reversed extensive setting changes that they had made after the previous session.

“I couldn’t get it to steer yesterday so we made some big changes, replacing the shock and rear linkage and altering the front as well.” Hutchy explained.

“But it wasn’t right and I came into the pits after a few laps and asked the boys to change everything back. That took about 15 minutes so I only had time for three laps right at the end of the session.”

It was worth the wait for the 34 year old who circulated with Rutter as they fought out a race-like battle for that pole position. 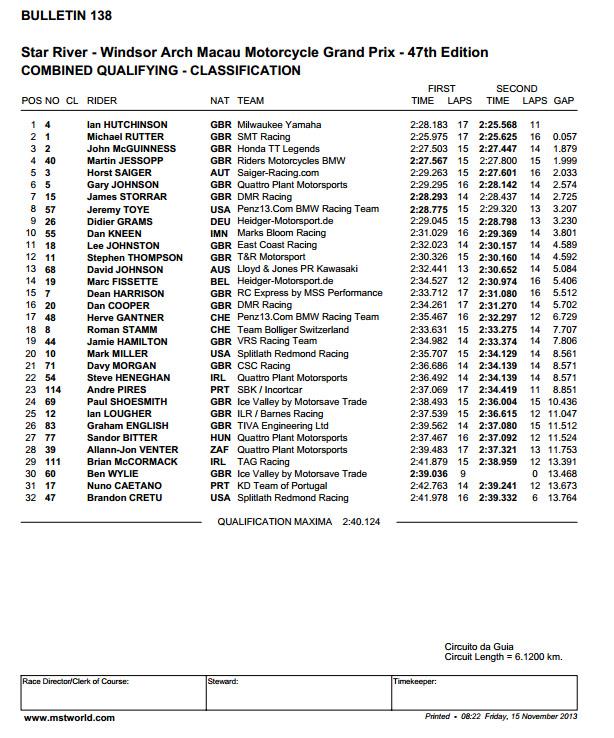