Assen WSB: Rea and Sykes chase Giugliano on day one

Davide Giugliano (Ducati World Superbike Team) finally led on the first day with a 1’35.396 lap time but was a late faller into the final chicane and had to walk back to pitlane.

Alex Lowes (Voltcom Crescent Suzuki) was also a late crasher but his BSB experience of Assen helped him to make a good early impression, finishing fourth fastest. He was 0.823 seconds behind the flying Giugliano, playing his part in what was a surprisingly stretched first day in dry conditions, with first to tenth separated by 1.313 seconds.

A top day in terms of the top places for British riders put Chaz Davies (Ducati World Superbike) into fifth place, at a circuit with no long straight to speak of, but plenty of fast turns to allow the strong Ducati chassis package to perform at its best.

In the morning session Loris Baz (Kawasaki Racing Team) had been second behind the fast-starting Jonathan Rea but the French rider ended his day in sixth place overall. 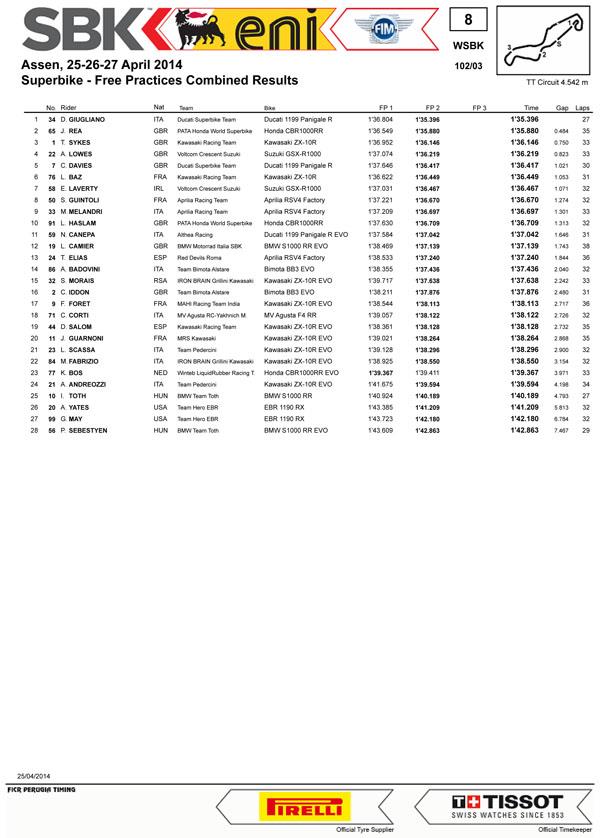