Jonathan Rea on the FCC TSR Honda has topped the timesheets on the opening day of practise for the Suzuka 8hr race, taking the top spot after dicing for most of the session with the Monster Yamaha Austria team of Josh Brookes and Broc Parkes.

However, it was the MuSASHI Honda team of Leon Haslam and Michael van der Mark who took the second spot at the flag, demoting YART back to third, with Yuki Kagayama’s Suzuki team in fourth.

British based Honda Racing were fifth, the first of the non-Japanese teams, with Yoshimura Suzuki’s team of Josh Waters and Randy de Puniet in seventh. The second Yoshi bike, with Kevin Schwantz onboard, was tenth.

Practice on Friday continues at 9am local time (1am UK time), with temperatures set to soar to nearly 40°C. 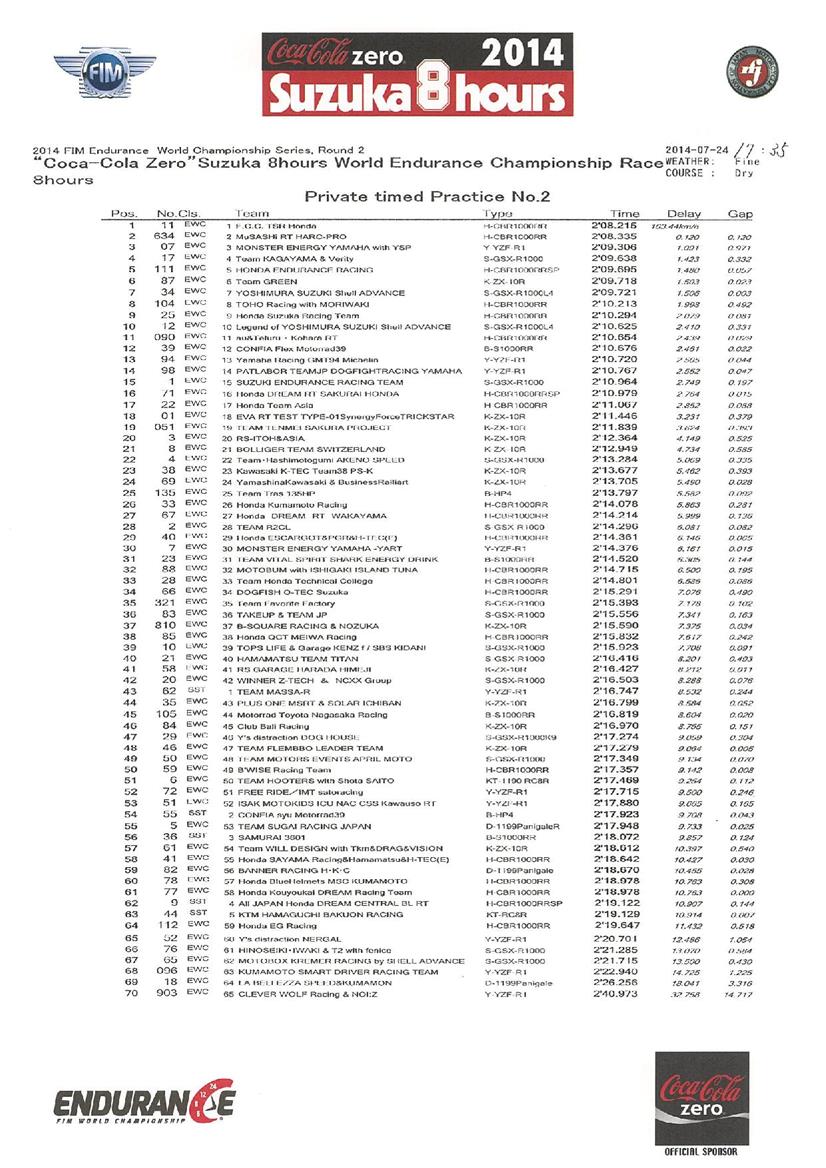